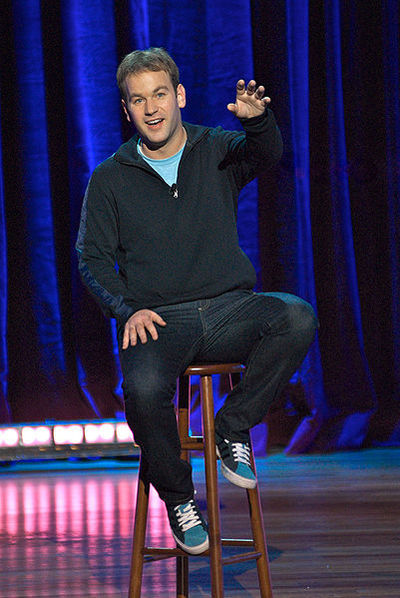 Birbiglia has starred in three Comedy Central specials and has released three albums with Comedy Central Records: Two Drink Mike (2006), My Secret Public Journal Live (2007), and Sleepwalk With Me Live (2011). My Secret Public Journal Live was named one of the best comedy albums of the decade by the Onion AV Club and Sleepwalk With Me Live debuted at #1 on the Billboard Magazine Comedy Charts.

In 2008, Birbiglia opened Sleepwalk with Me, a one-man show that straddled standup comedy and theater, off-Broadway at the Bleecker Street Theatre. The show was presented by Nathan Lane, and the New York Times called it "simply perfect". Time Out New York named it their "Show of the Year" in 2009.

Birbiglia made his feature film debut with Sleepwalk with Me, a film based on his one-man show of the same name which he wrote, directed, and starred in. The film premiered at the 2012 Sundance Film Festival and won the NEXT Audience Award. It was selected in the "Festival Favorites" category at the South By Southwest Film Festival in Austin, Texas  and also appeared in the Nantucket Film Festival where it won the award for best writer/director. The film was produced by Jacob Jaffke and This American Life's Ira Glass and stars Birbiglia, Lauren Ambrose, Carol Kane, James Rebhorn, and Cristin Milioti and has cameos by Glass, Kristen Schaal, Wyatt Cenac, David Wain, Jessi Klein, John Lutz and Marc Maron.

In addition to starring in Sleepwalk with Me, Birbiglia has acted in the films Trainwreck, Going the Distance, Cedar Rapids, Your Sister's Sister, The Fault in Our Stars and Annie, and in the HBO series Girls, as well as Orange Is The New Black.

Birbiglia has rapid eye movement behavior disorder, which once caused him to run out of a second-story window of a motel he was staying in Walla Walla, Washington, while on tour. As a result of the accident, Birbiglia received 33 stitches in his leg.

Mike Birbiglia is married to Jen Stein. They have one daughter, Oona.