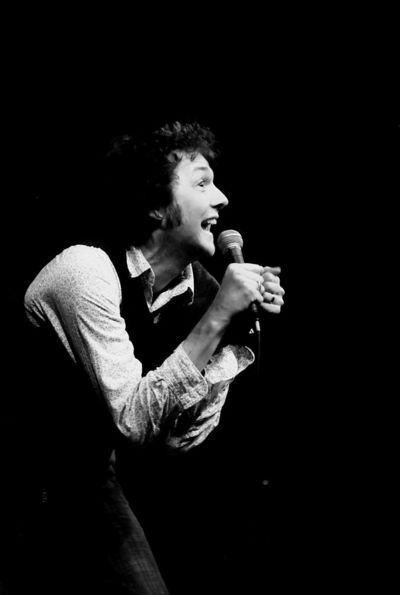 Christopher David Addison (born 5 November 1971) is a Welsh comedian, writer, actor and director. He is perhaps best known for his role as a regular panellist on Mock the Week. He is also known for his lecture-style comedy shows, two of which he later adapted for BBC Radio 4.

In addition to stand-up, Addison played Ollie Reeder in the BBC Two satire series The Thick of It and Toby Wright in its spin-off film In the Loop, starred in the Sky Living comedy-drama Trying Again and appeared in several episodes of series 8 of Doctor Who. He also co-created and starred in the BBC Two sitcom Lab Rats. On radio, he previously hosted the weekly comedy news satire show 7 Day Sunday on BBC Radio 5 Live from 2009 to 2010.

Addison was born in Cardiff, Wales to English parents and moved back with his parents to Worsley, Salford, when he was four. On the BBC Radio 4 programme Chain Reaction, he stated that he considers himself a middle class Mancunian. He was educated at Manchester Grammar School, an independent school for boys in Manchester. This was followed by the University of Birmingham, where he studied English Literature with the original intent of becoming a theatre director. After his directing plans didn't work out, he drifted into comedy as an alternative creative outlet. He currently lives in Bromley, South East London, with his wife and two children: a boy and a girl.

Addison's first solo show at the Edinburgh Festival Fringe was in 2003, for which he was nominated for Best Newcomer at the Perrier Awards. He continued to bring shows to the Fringe for several years, garnering two Perrier Award nominations – for his 2004 show Civilisation and 2005's Atomicity. In 2005 he won the City Life Comedian of the Year Award, a stand-up competition in the North West of England.

First broadcast in 2004, Addison co-wrote and co-starred in the political satire The Department, along with John Oliver and Andy Zaltzman. It ran for 14 episodes over three series on BBC Radio 4, ending in 2006.

In August 2005, Radio 4 aired The Ape That Got Lucky, Addison's adaptation of his 2002 Edinburgh Festival Fringe show of the same name. This programme featured fellow comedians Geoffrey McGivern, Jo Enright and Dan Tetsell. On 8 May 2006, The Ape That Got Lucky won the gold award in the comedy production category at the Sony Radio Academy Awards.

In 2006, Addison recorded Chris Addison's Civilisation, again for Radio 4, based on his Edinburgh Fringe show of 2004; this again featured McGivern, Enright and Tetsell and was aired in four parts over the summer.

Addison hosted a series of the Radio 4 comedy series 4 Stands Up, which showcases up-coming and established comedy talent. As host, Addison performs a short opening set and introduces the acts, in the style of a compère at a comedy club. The first episode was broadcast on 2 April 2009.

On 10 May 2009, Addison hosted the Sunday Night Show on Absolute Radio in place of fellow stand-up comedian Iain Lee who was away due to being on his honeymoon.

Addison hosted 7 Day Sunday, a satirical news show on BBC Radio 5 Live along with his co-hosts Sarah Millican and Andy Zaltzman. The first episode aired in January 2010. Addison presented the second series of the show until February 2011, when he was replaced by Al Murray.

He is also good friends with Geoff Lloyd on Absolute Radio and has made a few appearances on Geoff Lloyd's Hometime Show.

The Thick of It

From 2005 to 2009, Addison appeared in the BBC television satirical comedy series The Thick of It as Oliver "Ollie" Reeder, Junior Advisor (later Special Advisor) to the Secretary of State (Department of Social Affairs and Citizenship). He appeared in all episodes of the first three series, as well as the two specials 'Rise of the Nutters' and 'Spinners and Losers'. Chris Addison reprised his role as Ollie when The Thick of It returned for a fourth series.

Addison also featured in the film spin-off of The Thick of It, titled In the Loop, playing Toby Wright, a character very similar to his part in the television original.

In July 2008, BBC Two aired Lab Rats, a sitcom starring Addison and co-written with Carl Cooper. Lab Rats featured cast members Jo Enright, Geoffrey McGivern and Dan Tetsell, with whom Addison had worked previously on the radio adaptations of his one-man shows The Ape That Got Lucky and Civilisation.

Lab Rats was a return to the traditional, joke-heavy, studio based sitcom format that has fallen out of fashion in recent times in favour of the single-camera sitcom. The series was not generally well received by critics and was not renewed for a second series.

After several guest appearances on the comedy panel show Mock the Week, in September 2011 Addison became a regular panellist, appearing in every episode since the second part of series 10 until series 12 (2013). He appeared alongside other regular panellists Hugh Dennis and Andy Parsons and the show's host, Dara Ó Briain.

Addison made appearances as a guest panellist on Mock the Week eleven times during 2010 and 2011 before becoming a full-time panellist. As well as appearing on Have I Got News for You six times, Would I Lie to You once and 8 Out of 10 Cats twice. He appeared in episode 3 of series 5 of Live at the Apollo. He has thrice appeared on QI.

Addison appeared on The Graham Norton Show on 16 April 2009 promoting In the Loop. On 18 April 2010 he appeared on The Andrew Marr Show to comment on the week's political issues, including the volcanic ash cloud from Iceland and The First Election Debate.

He appeared on Skins as Professor David Blood, the college director of Roundview College and father of third Generation character Grace Violet. On 4 November 2010 Addison hosted the BBC's Have I Got News For You, having previously been a guest on the show.

In the summer of 2011 Addison hosted an E4 comedy chat show called Show and Tell, with each of the 8 episodes featuring three guest stand-up comedians.

Addison has also made an appearance in children's television show Horrible Histories.

In August 2014, Addison was announced to make a guest appearance in the two-part series finale of the eighth series of Doctor Who with his former The Thick of It co-star Peter Capaldi, who plays the Twelfth Doctor. His character, Seb, first appeared in the mid-series episode "The Caretaker" and then appeared in further episodes including "Dark Water" and "Death in Heaven".

In 2013 he began working as a director on Armando Iannucci's HBO sitcom Veep. He has directed 13 episodes so far.