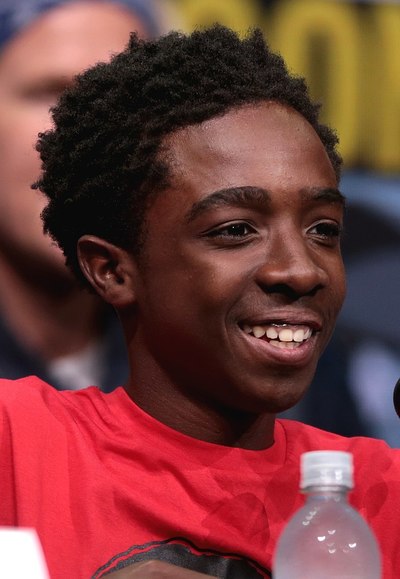 Caleb McLaughlin (born October 13, 2001) is an American actor. He began his career on the Broadway stage as Young Simba in the musical The Lion King. Since 2016, he has portrayed Lucas Sinclair in the Netflix science fiction drama series Stranger Things. Industry reports have confirmed that he will return in Season 2. In 2017, McLaughlin appeared in the BET miniseries The New Edition Story as Ricky Bell.

McLaughlin grew up in Carmel, a small town in suburban New York. He attended Kent Primary School and later attended George Fischer Middle School for one year. After fifth grade, McLaughlin moved to New York City He studied dance for a year at Happy Feet Dance School in Carmel, NY and then at The Harlem School of the Arts under Aubrey Lynch, former Lion King producer.