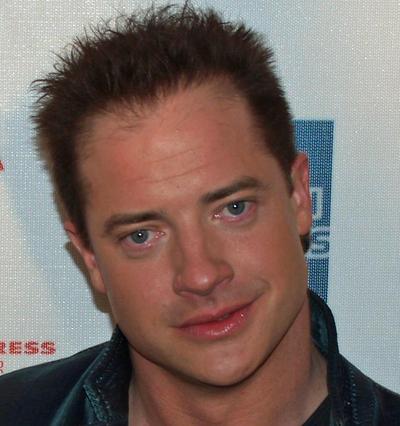 Fraser was born in Indianapolis, Indiana, the son of Canadian parents. His mother, Carol Mary (néeGenereux), was a sales counselor, and his father, Peter Fraser, was a former journalist who worked as a Canadian foreign service officer for the Government Office of Tourism. His maternal uncle, George Genereux, was the only Canadian to win a gold medal in the 1952 Summer Olympics. Fraser has three older brothers: Kevin, Regan, and Sean. His ancestry includes Irish, Scottish, German, Czech, and French Canadian.

His family moved often during his childhood, living in Eureka, California, Seattle, Ottawa, the Netherlands, and Switzerland. Fraser attended the private boys' boarding school, Upper Canada College, in Toronto. While on vacation in London, Fraser attended his first professional theatrical performance at the West End. He graduated from Seattle's Cornish College of the Arts in 1990. He began acting at a small acting college in New York. He originally planned on attending graduate school in Texas but stopped in Hollywood on his way south and decided to stay in Los Angeles and work in movie productions.

Fraser's first film role was a brief cameo in an America's Most Wanted reenactment (1988), playing a friend of murder victim Rodney Mark Peterson. He has since appeared in over 30 films. He had his first lead role in Encino Man (1992). He got his breakthrough role with the hit comedy film George of the Jungle (1997).

His biggest commercial success came with the action adventure film (co-starring Rachel Weisz) The Mummy (1999) and its sequel The Mummy Returns (2001), both of which were hugely successful at the box office.

Fraser met actress Afton Smith while attending a barbecue at Winona Ryder's house on July 4, 1993, after his arrival in Los Angeles. Fraser married Smith on September 27, 1998, and they have three sons: Griffin Arthur Fraser, born in 2002, Holden Fletcher Fraser, born in 2004, and Leland Francis Fraser, born in 2006. On December 27, 2007, Fraser's publicist announced the couple had decided to divorce. He currently resides in Kent, Connecticut. In early 2013, Fraser petitioned the courts for a reduction of his alimony and child support payments, asserting that he was unable to meet the annual obligation of $900,000; his ex-wife, in turn, accused Fraser of hiding financial assets.