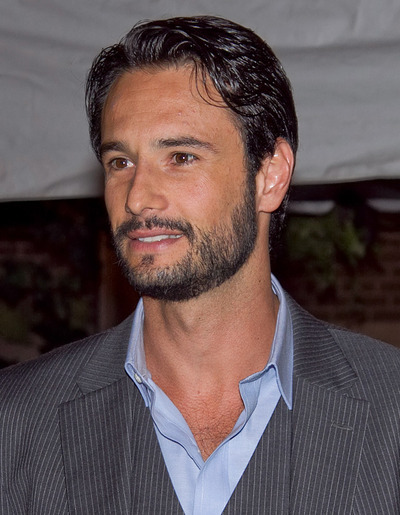 Santoro was born in Petrópolis, Rio de Janeiro, the son of Maria José Junqueira dos Reis, an artist, and Francesco Santoro, an engineer. His father is Italian. In 1993, as Santoro was studying Journalism at PUC-Rio, he entered the Actor's Workshop of Rede Globo. Santoro went on to play parts in many of Globo's telenovelas, such as Olho no Olho (1993), Pátria Minha (1994), Explode Coração (1995), O Amor Está no Ar (1997), Suave Veneno (1999) and Mulheres Apaixonadas (2003), as well as the miniseries Hilda Furacão (1998), in the role of a priest. Santoro was also the voice actor of the titular character in Stuart Little and its sequel in the Brazilian dubbed copies.

His first major role in a cinema production would come in 2001, with Bicho de Sete Cabeças (Brainstorm) by Brazilian director Laís Bodansky. By the end of the film, he received a standing ovation from the audience.  He also went on to win the festival's best actor trophy. After Bicho, his reputation as an actor had been solidified and he was cast as the male lead in Abril Despedaçado (Behind the Sun), one of the nominees for best foreign film in the 2002 Golden Globe Awards.