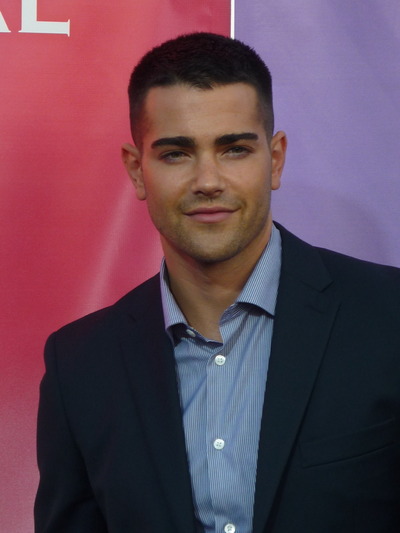 Jesse Eden Metcalfe (born December 9, 1978) is an American actor. Metcalfe is best known for his portrayal of John Rowland on Desperate Housewives. Metcalfe has also had notable roles on Passions and John Tucker Must Die and currently stars as Christopher Ewing in the TNT continuation of Dallas, based on the 1978 series of the same name.

Metcalfe was born in Carmel Valley,California, the son of Nancy (née DeMaio) and Jeff Metcalfe. His father is of French and Italian descent and his mother is of Italian and Portuguese descent. Metcalfe played in several basketball leagues during his teen years in Waterford, Connecticut, and graduated from The Williams School in New London, Connecticut.

In 1999, Metcalfe successfully auditioned for the NBC soap opera television series Passions, which debuted in July 1999. Metcalfe portrayed the role of Miguel Lopez-Fitzgerald, a resident in the fictional city of Harmony. In July 2004, after more than five years on the series, Metcalfe announced he was taking a break from Passions to pursue other projects. Metcalfe, in November of that year, returned to the series for a brief stint before making his final appearance on the series in January 2005.

In October 2004, Metcalfe starred in the ABC drama comedy television series Desperate Housewives as teen gardener John Rowland, who is involved in an affair with a married housewife. In 2005, Metcalfe won the "Choice TV Breakout Performance: Male" award at the Teen Choice Awards for his role on the show. For a brief period Metcalfe juggled both Passions and Desperate Housewives roles before leaving Passions to focus on Desperate Housewives full-time. Following the first season, creator Marc Cherry revealed Metcalfe would return to the series on a recurring basis. Metcalfe made his final appearance as a special guest star on the show in October 2009.

In July 2006, Metcalfe played the title character in the 20th Century Fox comedy film John Tucker Must Die. The film, which starred Sophia Bush, Brittany Snow, and R&B singer Ashanti, followed three friends who set out to break the heart of a serial cheater by setting him up with the new girl in town. Filming took place in Vancouver on a budget of $18 million. The film and Metcalfe's performance received mixed reviews and went on to make over $68,824,526 worldwide. To promote the film, Metcalfe hosted an episode of the British TV chat show The Paul O'Grady Show in October, due to O'Grady's being unwell.

In March 2006, Metcalfe began a relationship with Girls Aloud member Nadine Coyle after meeting her in Sydney, Australia. In April 2008, they broke up.

In January 2012, it was announced Metcalfe was engaged to actress Cara Santana. The couple met in 2009.

In March 2007, he entered a drug rehabilitation facility, citing alcoholism as the reason.

In November 2008, Metcalfe hosted the World Music Awards in Monaco. While at the after party for the ceremony, Metcalfe fell off a second-story balcony and tumbled thirty feet to the ground. He fractured his fibula but avoided more serious injury.