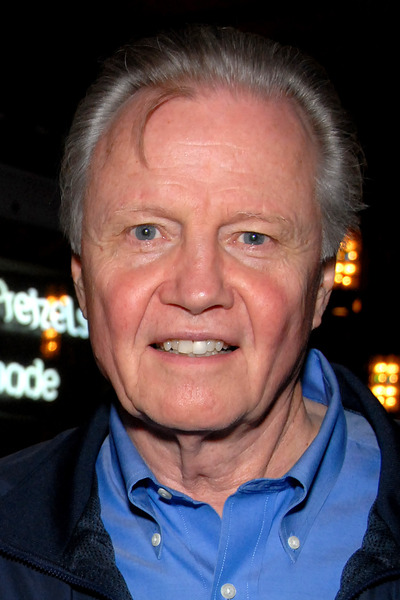 Jonathan Vincent "Jon" Voight (born December 29, 1938) is an American actor. He has won one Academy Award, out of four nominations, and three Golden Globe Awards, out of nine nominations. Voight is the father of actress Angelina Jolie and actor James Haven.

Voight came to prominence in the late 1960s with his performance as a would-be gigolo in Midnight Cowboy (1969). During the 1970s, he became a Hollywood star with his portrayals of a businessman mixed up with murder in Deliverance (1972), a paraplegic Vietnam veteran in Coming Home (1978), for which he won an Academy Award for Best Actor, and a penniless ex-boxing champion in The Champ(1979).

Although his output slowed during the 1980s, Voight received critical acclaim for his performance as a ruthless bank robber in Runaway Train (1985). During the 1990s, he most notably starred as an unscrupulous showman attorney in The Rainmaker (1997). Voight gave critically acclaimed biographical performances during the 2000s (decade), appearing as sportscaster Howard Cosell in Ali (2001), as Nazi officer Jürgen Stroop in Uprising (2001), and as Pope John Paul II in the television miniseries of the same name (2005).

Voight was born in Yonkers, New York, the son of Barbara (née Kamp; 1910–1995) and Elmer Voight (né Voytka; 1909–1973), a professional golfer. He has two brothers, Barry Voight (born 1937), a former volcanologist at Pennsylvania State University, and Wesley Voight (born March 21, 1940), known as Chip Taylor, a singer-songwriter who penned "Wild Thing" and "Angel of the Morning". Voight's paternal grandfather was a Slovak immigrant from Košice, then under Austro-Hungarian rule; Voight's paternal grandmother was also of Slovak descent. Voight's maternal grandfather, and Voight's maternal grandmother's parents, were all immigrants from Germany.

Voight was raised as a Catholic, and attended Archbishop Stepinac High School in White Plains, New York, where he first took an interest in acting, playing the comedic role of Count Pepi Le Loup in the school's annual musical, The Song of Norway. Following his graduation in 1956, he enrolled at The Catholic University of America in Washington, D.C., where he majored in art and graduated with a B.A. in 1960. After graduation, Voight moved to New York City, where he pursued an acting career.

His theatre career took off in January 1965, playing Rodolfo in Arthur Miller's A View From The Bridge in an Off-Broadway revival.

Voight's film debut did not come until 1967, when he took a part in Phillip Kaufman's crimefighter spoof, Fearless Frank.

In 1969, Voight was cast in the groundbreaking Midnight Cowboy, a film that would make his career. Voight played Joe Buck, a naïve male hustler from Texas, adrift in New York City. He comes under the tutelage of Dustin Hoffman's Ratso Rizzo, a tubercular petty thief and con artist. The film explored late 1960s New York and the development of an unlikely, but poignant friendship between the two main characters. Directed by John Schlesinger and based on a novel by James Leo Herlihy, the film struck a chord with critics and audiences. Because of its controversial themes, the film was released with an X rating and would make history by being the only X-rated feature to win Best Picture at the Academy Awards. Both Voight and co-star Hoffman were nominated for Best Actor, but lost out to John Wayne in True Grit.