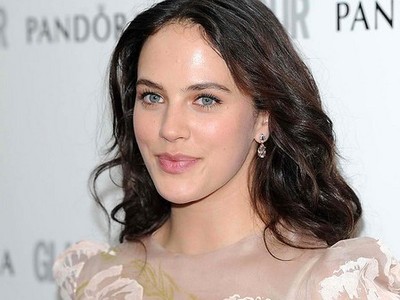 Jessica Brown Findlay (born 14 September 1989) is an English actress, best known for playing Lady Sybil Crawley in ITV's Downton Abbey and Emelia Conan-Doyle in the British comedy-drama Albatross. In 2013 Brown Findlay is due to star as Beverly Penn in the film adaptation of Mark Helprin's 1983 novel Winter's Tale.

Brown Findlay is from Cookham, Berkshire. Her mother, Beverley, is a teacher's assistant and former nurse, and her father, Christopher Findlay, is a financial adviser and former investment banker. Her great-grandfather, William Brown Findlay, who was born in Glasgow, incorporated his own middle name into his surname. Brown Findlay trained with the National Youth Ballet and the Associates of the Royal Ballet. At age 15, she was invited to dance with the Kirov at the Royal Opera House for a summer season.

She attended Furze Platt Senior School in Maidenhead. At the end of her GCSEs, Brown Findlay was accepted to a number of ballet schools but chose to go to the Arts Educational School, because of the A-level courses it provided and its pastoral care. She attended for two years and in her second year had three operations on her ankles, the last of which went wrong; after this she was told that she would never dance again. She said that she always had acting in the back of her mind, but was never really able to go out and try it. After encouragement from an art teacher, she finished her education at Arts Educational School, Tring Park and then onto a Fine Art course at St Martin’s. While there, she took up acting classes.

Brown Findlay was cast in the lead role of Emelia in the film Albatross, directed by Niall MacCormick. She was subsequently cast in two episodes of the E4 programme Misfits and in Downton Abbey. She appeared in the second episode of Channel 4's Black Mirror. In 2012, she became the face of Dominic Jones' jewellery line and was cast in Not Another Happy Ending by John McKay, and in the miniseries Labyrinth, based on the novel of the same name written by Kate Mosse, portraying Alaïs Pelletier. In 2012, she was cast as Beverly Penn in a film adaptation of the novel Winter's Tale.

Tim Burton considered Brown Findlay for the lead in his adaptation of Alice in Wonderland, but ultimately gave the role to Australian actress Mia Wasikowska.