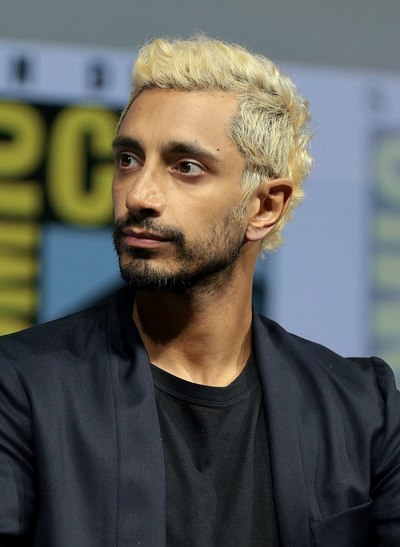 As an actor, he has won one Emmy Award, out of two Emmy nominations, and was also nominated for a Golden Globe, Screen Actors Guild Award, and three British Independent Film Awards. He was initially known for his work in independent films such as The Road to Guantanamo (2006), Shifty (2008), Four Lions (2010), Trishna (2011), Ill Manors (2012), and The Reluctant Fundamentalist (2013), before his break-out role in Nightcrawler (2014). In 2016, he starred in Una, Jason Bourne, and as Bodhi Rook in the first Star Wars Anthology film, Rogue One. That year, he also starred in the HBO miniseries The Night Of as Nasir Khan; the show and his performance were critically lauded. At the 2017 Emmy Awards, he received two nominations, for his performance in The Night Of and his guest spot in Girls; he won the award for Outstanding Lead Actor in a Limited Series or Movie for The Night Of, becoming the first Asian and first Muslim to win in the category, the first South Asian male to win an acting Emmy, and the first Muslim and first South Asian to win a lead acting Emmy.

As a rapper, he is a member of the Swet Shop Boys, earned critical acclaim with the hip hop albums Microscope and Cashmere, and earned commercial success featuring in the Billboard 200 chart topping Hamilton Mixtape, with his song "Immigrants (We Get the Job Done)" winning an MTV Video Music Award.

As an activist, he is known for his political rap music, his political rap has inspired many, has been involved in raising awareness and funds for Rohingya and Syrian refugee children, and has advocated representation at the House of Commons. In 2017, he was included on the front cover of the annual Time 100 list of the most influential people in the world.

Ahmed was born in Wembley, London, in 1982, to a British Pakistani family. His parents are of Muhajir background; his grandparents migrated from India to Pakistan during the 1947 partition of India. His father is a shipping broker. His parents moved to England from Karachi, Sindh, Pakistan, during the 1970s. He is a descendant of Sir Shah Muhammad Sulaiman, the first Indian to become the Chief Justice of the Allahabad High Court in Uttar Pradesh during the colonial era. He also composed Urdu poetry, penned some of the first critical articles on Einstein's theory of relativity, and was related to Mulla Mahmud Jaunpuri (d. 1652), one of the most important philosopher–scientists produced in the region during the Mughal Empire.

He attended Merchant Taylors' School, Northwood, through a scholarship programme. He graduated from Christ Church, Oxford University, with a degree in PPE (Philosophy, Politics and Economics), which he has said he found to be a bizarre experience. He later studied acting at the Central School of Speech and Drama.

Ahmed played a role in the Asian Dub Foundation opera Gaddafi and a starring role as psychotic serial-killer-turned-born-again-Christian Lucius in the Lighthouse Theatre's acclaimed production of Stephen Adly Guirgis's Jesus Hopped the 'A' Train (directed by Jack William Clift and Thomas Sweatman) as well as in Shan Khan's Prayer Room.

Ahmed's film career began in the Michael Winterbottom film The Road to Guantanamo, in which he played the part of Shafiq Rasul, a member of the Tipton Three. He and another actor involved in the film were detained at Luton Airport upon their return from the Berlin Film Festival where the film won a Silver Bear Award. In 2007, he portrayed Sohail Waheed in the Channel 4 drama, Britz. Ahmed then portrayed Riq in the five-part horror thriller Dead Set for E4 and Manesh Kunzru in ITV1's Wired in 2008. In July 2009 he appeared in Freefall alongside Sarah Harding. He featured in the title role of the 2009 independent film Shifty, directed by Eran Creevy. Ahmed plays a charismatic young drug dealer in the film which sees a life in the day of this character. He was nominated for Best Actor at the 2008 British Independent Film Awards for this role, alongside Colin Farrell and Brendan Gleeson.

Continuing his film career, he featured in the 2009 Sally Potter production of Rage and in 2010, in Chris Morris' satire on terrorism, Four Lions, for which he received his second British Independent Film Award nomination for Best Actor. Ahmed also had a supporting role in Neil Marshall's historical thriller Centurion.

In 2012, he starred as one of the leading roles in the London-based film Ill Manors, directed by Plan B as Aaron. Ahmed received his third British Independent Film Award nomination for Best Actor. He assumed the lead role in Mira Nair's adaptation of the best-selling novel by Mohsin Hamid, The Reluctant Fundamentalist, alongside Kate Hudson, Kiefer Sutherland, Om Puri, Shabana Azmi, and Liev Schreiber.

Ahmed directed and wrote a 2014 short film, Daytimer. It won the Best Live Action Short award at Nashville Film Festival, and was nominated for the Short Film Grand Jury Prize at the Sundance Film Festival.

In 2014, Ahmed appeared in Dan Gilroy's directorial debut film Nightcrawler where he played role of Rick, opposite Jake Gyllenhaal. Ahmed received acclaim for his portrayal in the film and gained numerous awards nominations during awards season.

In 2016, he appeared in Rogue One, the first film in the new Star Wars anthology films as Bodhi Rook, a defected imperial pilot.

In 2016, Ahmed played the role of Nasir "Naz" Khan in the HBO miniseries The Night Of, and once again received universal praise for his performance, earning him Emmy, Golden Globe and Screen Actors Guild Award nominations. He also appeared in the final season of Girls, earning him another Emmy nomination.

At the 69th Primetime Emmy Awards, Ahmed won the award for Outstanding Lead Actor in a Limited Series or Movie for his performance in The Night Of, winning over Robert De Niro, Benedict Cumberbatch, Ewan McGregor, Geoffrey Rush and co-star John Turturro. This made Ahmed the first Asian and first Muslim to win in the category, the first South Asian male to win an acting Emmy, and the first Muslim and first South Asian to win a lead acting Emmy; the only previous South Asian to win an acting Emmy was British Asian actress Archie Panjabi for a supporting role in 2010.

Inspired by jungle and hip hop music, his music career began in his mid-teens, appearing on pirate radio and in freestyle rap battles. While at university, Ahmed co-founded the Hit & Run night in Oxford, which has since moved to Manchester. Hit & Run has gone on to become one of Manchester's leading underground music events. At Oxford, he was also part of a 12-person jazz-house/electronica band called Confidential Collective.

After graduating, he competed in and won many rap battle competitions. He competed as Riz MC on JumpOff TV's "Spin the Mic" freestyle rap battle contest in 2006. He beat contestants Stig and Skilla Mic, before a controversial loss to contest winner Whatshisface; according to JumpOff TV, Riz was at a disadvantage due to racial double-standards from the crowd.

In 2006, Ahmed recorded a satirical social-commentary rap track entitled "Post 9/11 Blues", which was leaked by friends and first gained popularity through the internet. The song was initially banned from British airplay because the lyrics were deemed "politically sensitive", including satirical references to 9/11, terrorism, the post-9/11 climate, Iraq War, death of Jean Charles de Menezes, MI6, and Belmarsh prison. The resulting press coverage, however, prompted some independent radio stations to play the track. He soon founded his own independent record label, Battered Records, officially releasing "Post 9/11 Blues" for the CD and MP3 formats in August 2006. He went on to win Best MC at the 2006 Asian Music Awards. He released his second single in 2007, the garage rap song "People Like People".

He was selected as a BBC Introducing artist in 2007, playing the Glastonbury Festival and the BBC Electric Proms. He opened the Meltdown Festival with Bristol-based trip-hop group Massive Attack at the Royal Festival Hall in 2008, and was appointed 'Emerging Artist in Residence' at the Southbank Centre in London. He played at the London Camp for Climate Action in August 2009.

In 2011, he released his debut album, Microscope, which was re-released with additional remixes in 2012. On 1 December 2011, it was announced that Riz MC had signed to Tru Thoughts, an independent label in Brighton. From Microscope, he released "Sour Times" which was accompanied by a video featuring Scroobius Pip, Plan B, Tom Hardy, and Jim Sturgess.

In 2016, he released the nine-track mixtape, Englistan.

Ahmed is half of the hip hop duo Swet Shop Boys along with Heems. Their debut release, Swet Shop EP, was released in 2014. The group's debut full-length effort, Cashmere, was released on 14 October 2016, and received critical acclaim.

He was featured in the song "Immigrants (We Get The Job Done)" in The Hamilton Mixtape, which topped the Billboard 200 chart. This put him in the unique position of sitting at number-one on both the Billboard 200 album chart and the movie box office chart (with Rogue One) at the same time. At the 2017 MTV Video Music Awards (VMAs), "Immigrants" won the award for Best Fight Against the System, giving him the rare distinction of winning both the Emmy and VMA awards.

Ahmed is a Muslim. He has spoken candidly about Islamophobia, both in a personal and societal context. As an activist, he has been involved in raising funds for Syrian refugee children and advocating representation at the House of Commons. He has also been involved in raising awareness of the displacement of Rohingya Muslims from Myanmar, and raising funds for Rohingya refugees in Bangladesh.