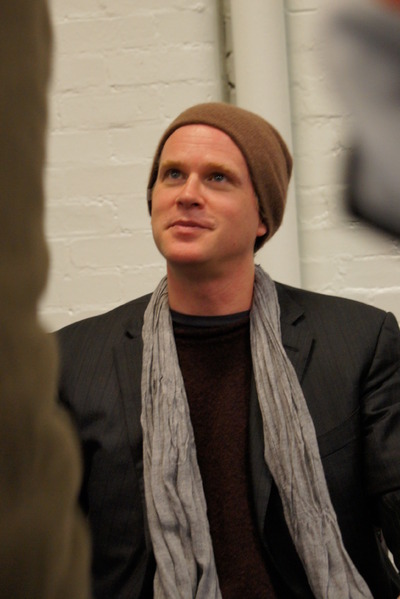 Ivan Simon Cary Elwes (born 26 October 1962), known professionally as Cary Elwes, is an English actor and voice actor. The son of painter Dominick Elwes and designer Tessa Georgina Kennedy, Elwes acted in off-Broadway plays during college and moved to the United States in the early 1980s. He is known for his roles as Westley in the classic film The Princess Bride, Arthur Holmwood in Francis Ford Coppola's Bram Stoker's Dracula, Robin Hood in Robin Hood: Men in Tights, and for his role as Dr. Lawrence Gordon in Saw and Saw 3D: The Final Chapter.

He has also appeared in box office hits such as Days of Thunder, Hot Shots!, Twister, Liar, Liar and New Year's Eve. He has had recurring roles in television series such as The X-Files playing Brad Follmer and Psych playing Pierre Despereaux.

Elwes was born in Westminster, London. He is the third and youngest son of portrait-painter Dominick Elwes and interior designer Tessa Georgina Kennedy, who has Serbian, Croatian, Anglo-Irish, and Scottish ancestry. His paternal grandfather was painter Simon Elwes, whose father was the diplomat and tenor Gervase Elwes (1866–1921).[6] His brothers are Damian Elwes, an artist, and Cassian Elwes, a producer and agent. He was the stepson of Elliott Kastner, an American film producer. One of his ancestors is John Elwes, who is believed to be the inspiration for Ebenezer Scrooge in Charles Dickens' A Christmas Carol (1843) (Elwes played five roles in the 2009 film adaptation of the novel).

He was brought up as a Roman Catholic. His parents divorced when he was four years old, and in 1975 when Elwes was thirteen his father committed suicide. Elwes attended Harrow School in London and then the London Academy of Music and Dramatic Art. In 1981 Elwes moved to the United States to study acting at Sarah Lawrence College in Bronxville, New York. While living in New York, Elwes studied acting at both the Actors Studio and the Lee Strasberg Theatre and Film Institute.

Elwes also was a production assistant on the films Octopussy and Superman, where he worked for a week assigned to Marlon Brando. When Elwes introduced himself, Brando told him he was lying and that his (Elwes') name was actually Rocky.

Elwes made his acting debut in 1984 with Marek Kanievska's film Another Country. He played James Harcourt, a young and sentimental homosexual student from an English boarding school. He went on to play Guilford Dudley in the British film Lady Jane, co-starring Helena Bonham Carter. He was cast as a stable boy turned swashbuckler Westley in Rob Reiner's fantasy-comedy The Princess Bride, based on the novel of the same name by William Goldman. It was a modest box office success, but received critical acclaim, earning a score of 96% on the review aggregation website Rotten Tomatoes.

Elwes met still photographer Lisa Marie Kurbikoff in 1991 at a Malibu chili cook-off and became engaged in 1997. They married in 2000 and have one child together, a daughter named Dominique born on 24 April 2007.