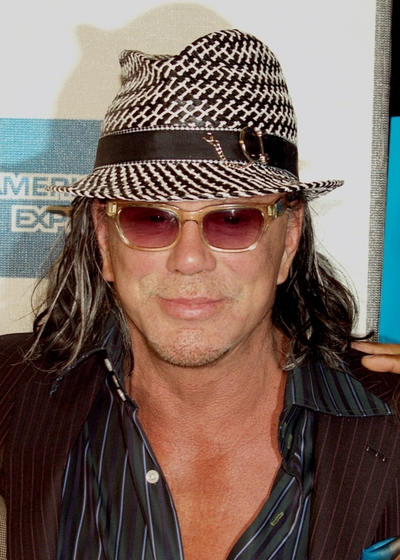 Philip Andre Rourke, Jr. (born September 16, 1952), known as Mickey Rourke, is an American actor, screenwriter, and retired boxer, who has appeared primarily as a leading man in drama, action, and thriller films.

In 2005 Rourke made his comeback in mainstream Hollywood circles with a lead role in the neo-noir action thriller Sin City, for which he won awards from the Chicago Film Critics Association, the Irish Film and Television Awards, and the Online Film Critics Society. In the 2008 film The Wrestler, Rourke portrayed a past-his-prime wrestler, and received a 2009 Golden Globe award, a BAFTA award, and a nomination for an Academy Award. Since then, Rourke has appeared in several commercially successful films including the 2010 films Iron Man 2 and The Expendables.

Philip Andre Rourke, Jr. was born in Schenectady, New York, the son of Annette (née Cameron) and Philip Andre Rourke, Sr. His father was of Irish and German descent, and his mother had Scottish, French, English, and German ancestry. He was raised Roman Catholic and still practices his faith. His father, an amateur body builder, left the family when Mickey was six years old. After his parents divorced, his mother married Eugene Addis, a Miami Beach police officer with five sons, and moved Rourke, his younger brother (Joey), and their sister (Patricia) to south Florida. There, he graduated from Miami Beach Senior High School in 1971.

During his teenage years, Rourke focused his attention mainly on sports. He took up self-defense training at the Boys Club of Miami. It was there that he learned boxing skills and decided on an amateur career.

At age 12, Rourke won his first boxing match as a 112-pound (51 kg) flyweight, fighting some of his early matches under the name Phil Rourke. He continued his boxing training at the famed 5th Street Gym, in Miami Beach, Florida. In 1969 Rourke, then weighing 140 pounds (63.5 kg),[citation needed], sparred with former World Welterweight Champion Luis Rodríguez. Rodriguez was the number one–rated middleweight boxer in the world and was training for his match with world champion Nino Benvenuti. Rourke claims to have received a concussion from his sparring match with Rodriguez.

At the 1971 Florida Golden Gloves, Rourke suffered another concussion in a boxing match. After being told by doctors to take a year off and rest, Rourke temporarily retired from the ring. From 1964 to 1973, Rourke compiled an amateur boxing record of 27 wins (17 by knockout) and 3 defeats, which included first-round knockout wins over Sherman Bergman, John Carver, and Ronald Robinson, and decision victories over Ronnie Carter, Charles Gathers, Joe Riles, and Javier Villanueva.

In 1971, as a senior at Miami Beach Senior High School, Rourke had a small acting role in the Jay W. Jensen–directed school play The Serpent. However, Rourke's interests were geared to boxing, and he never appeared in any other school productions. Soon after he temporarily gave up boxing, a friend at the University of Miami told Rourke about a play he was directing, Deathwatch, and how the man playing the role of Green Eyes had quit. Rourke got the part and immediately became enamored with acting. Borrowing $400 from his sister, he went to New York (to elude Florida police who wanted to arrest him for burglary) and took private lessons with Actors Studio teacher Sandra Seacat.

Seacat motivated Rourke to find his father, from whom he had been separated for more than 20 years. During his appearance on Inside the Actors Studio, after the release of The Wrestler, host James Lipton disclosed that Rourke had been selected to the Actors Studio in his first audition, which Elia Kazan is reported to have said was the "best audition in 30 years".

Appearing primarily in television films during the late 1970s, Rourke made his feature film debut with a small role in Steven Spielberg's 1941. He played Ritchie, Dennis Christopher's bullying and ill fated co-worker in the 1980 slasher film Fade to Black. However, it was in 1981, with his portrayal of an arsonist in Body Heat, that Rourke first received significant attention, despite his modest time on screen. The following year, he drew further critical accolades for his portrayal as the suave compulsive gambler "Boogie" Sheftell in Barry Levinson's Diner, in which Rourke co-starred, alongside Paul Reiser, Daniel Stern, Steve Guttenberg, Tim Daly and Kevin Bacon; the National Society of Film Critics named him Best Supporting Actor that year. Soon thereafter, Rourke starred in Rumble Fish, Francis Ford Coppola's follow-up to The Outsiders.

In 1987 Rourke appeared in Angel Heart. The film was nominated for several awards. It was seen as controversial by some owing to a sex scene involving Cosby Show cast member Lisa Bonet, who won an award for her part in the film. Although some of Rourke's work was viewed as controversial in the US, he was well received by European, and especially French, audiences, who loved the "rumpled, slightly dirty, sordid ... rebel persona" that he projected in Year of the Dragon, 9½ Weeks, Angel Heart, and Desperate Hours. Director Adrian Lyne said that had Mickey died after the release of Angel Heart, he would have become a bigger phenomenon than James Dean.

In the late 1980s, Rourke performed with David Bowie on the Never Let Me Down album. Around the same time he also wrote his first screenplay, Homeboy, a boxing tale in which he starred. In 1989 Rourke starred in the docudrama Francesco, portraying St. Francis of Assisi. This was followed by Wild Orchid, another critically panned film, which gained him a nomination for a Razzie award (also for Desperate Hours). In 1991 he starred in the box office bomb Harley Davidson and the Marlboro Man as Harley Davidson, a biker whose best friend, Marlboro, was played by Don Johnson. In his last role before departing for the boxing ring, Rourke played an arms dealer chased by Willem Dafoe and Samuel Jackson in White Sands, a film noir that reviewers found stylish but incoherent.

Rourke's acting career eventually became overshadowed by his personal life and career decisions. Directors such as Alan Parker found it difficult to work with him. Parker stated that "working with Mickey is a nightmare. He is very dangerous on the set because you never know what he is going to do." In a documentary on the special edition DVD of Tombstone, actor Michael Biehn, who plays the part of Johnny Ringo, mentions that his role was first offered to Rourke. Rourke is said to have turned down several roles in high-profile films, including 48 Hrs., Platoon, Top Gun, Beverly Hills Cop, Rain Man, The Silence of the Lambs, and Pulp Fiction.

Rourke has dated several celebrities, including Terry Farrell and Sasha Volkova. He has been married twice. In 1981 he married Debra Feuer, whom he met on the set of Hardcase (1981) and who co-starred with him in Homeboy (1988) as his love interest. The marriage ended in 1989, with Rourke subsequently commenting that making the film 9½ Weeks "was not particularly considerate to my wife's needs." The two have remained good friends, according to an interview Feuer gave in 2009.

Wild Orchid co-star Carré Otis was briefly a cause célèbre following the release of the film owing to rumors that she and then-lover Rourke filmed an unsimulated sex scene. Otis married Rourke on June 26, 1992. In 1994 Rourke was arrested for spousal abuse. The charges were later dropped. The couple reconciled and also starred together in Exit in Red, but their marriage ended in December 1998. Otis and writer Hugo Schwyzer co-authored Beauty, Disrupted: A Memoir, an autobiography that detailed Otis' marriage to Rourke that was published in October 2011 by HarperCollins. In November 2007, Rourke was arrested again, this time on DUI charges in Miami Beach.

In numerous TV and print interviews, he attributes his comeback after 14 years to his agent David A. Unger, weekly meetings with a psychiatrist, "Steve", and a Catholic priest he identified as "Father Pete".[citation needed] Rourke has been described as a "real good Catholic" by friend Tom Sizemore.

Since 2009, Rourke has been in a relationship with Russian model Anastassija Makarenko. 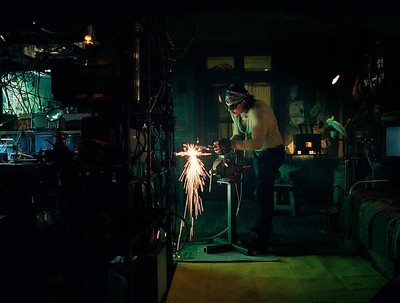 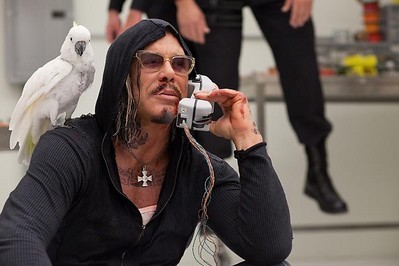 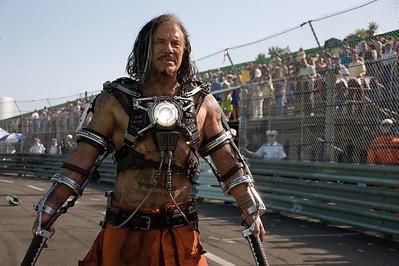