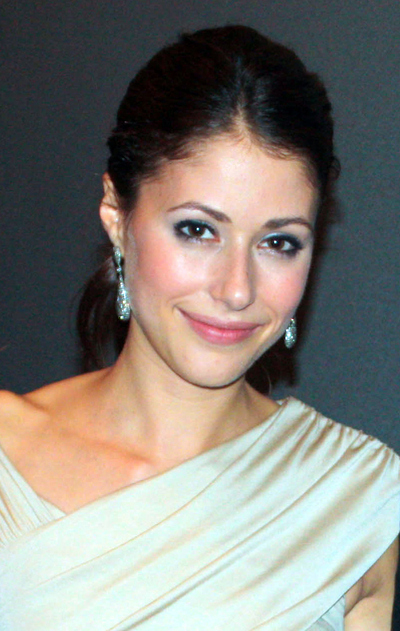 Amanda Crew (born June 5, 1986) is a Canadian actress. She is known for her roles in the television series 15/Love and Whistler, and in the feature-length films Final Destination 3, Sex Drive, The Haunting in Connecticut, Charlie St. Cloud, and Crazy Kind of Love. She made appearances in shows such as Life as We Know It, Suits and Motive. She is currently a main cast member on Silicon Valley as Monica.

Crew was born in Langley, British Columbia. Her mother is a legal secretary and her father is a telecom worker. Crew attended Brookswood Secondary School in Langley, BC. She began her acting career when she was cast in the musical Dragon Tales during her fourth grade in elementary school. Three agents contacted her, and she has been acting ever since. She did a Coca-Cola commercial and acted in stage plays like Stalling, Cordstons Courts, and Langley, the Musical. Crew attended the American Academy of Dramatic Arts.

In 2005, she got her big break as Tanis McTaggart on the teen drama 15/Love. She replaced Jaclyn Linetsky, who, along with co-star Vadim Schneider, were killed in a car crash. After the series ended in 2006, she guest starred on another teen drama, Life as We Know It, as Polly Brewer. She also made a cameo in an episode of Smallville, a television drama based on the DC Comics character Superman. From 2006 to 2008, she played Carrie Miller on the CTV drama Whistler. In 2010, she appeared on Jimmy Kimmel Live!, where she guest starred alongside Johnny Knoxville. In 2011, she guest starred on the legal drama Suits as Lola Jensen. In 2014, she was cast as Monica in Mike Judge's Silicon Valley. That same year, she guest starred on the crime drama Motive as Robin Keaton.

She made her motion picture debut in the 2006 horror film Final Destination 3, starring opposite Mary Elizabeth Winstead, Ryan Merriman, and Alexz Johnson. During casting, she originally auditioned for the role of Erin Ulmer, but ended up switching roles and landed the part of Julie Christensen, while Johnson was cast as Erin. The film was released on February 10, 2006, and despite mixed reviews from critics, the film went on to international success, grossing $19,173,094 in its opening weekend, and eventually grossed $117,719,158 worldwide. She also starred as Kimberly in the television film Meltdown: Days of Destruction with Casper Van Dien. Also in 2006, she made a cameo in the teen comedy John Tucker Must Die, starring alongside Jesse Metcalfe, Brittany Snow, Ashanti, Sophia Bush, Arielle Kebbel, Penn Badgley, and Jenny McCarthy. The film was released on July 28, 2006 to negative reviews, however, it was a surprise box office hit, opening at #3 and number #1 at the U.S. and Australian box offices, respectively, and ultimately grossing $68,824,526 worldwide.

Crew co-runs the blog Granny Girls with her friend, actress Amber Borycki, which features their shared love of baking, cooking, and crafting.