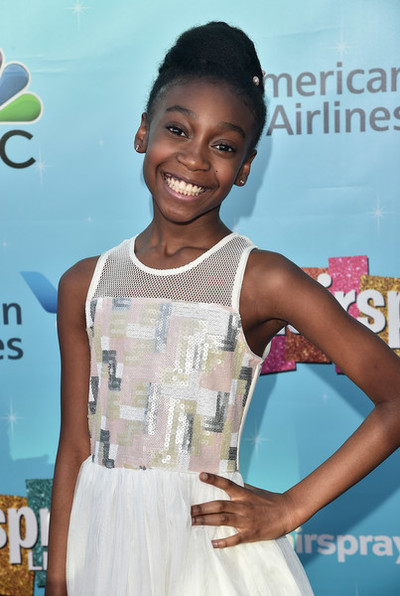 Shahadi Wright Joseph (born April 29, 2005) is an American actress, singer, and dancer. She is best known for her role in the 2019 Jordan Peele horror film Us and as the voice for Young Nala in the 2019 Lion King remake.

Wright Joseph has been dancing since age 2. She once auditioned for a school play in third grade using Lupita Nyong'o's Oscar acceptance speech.

Her first major acting role came when she was cast as young Nala in The Lion King on Broadway when she was nine years old. Wright Joseph was an original cast member for Andrew Lloyd Webber's School of Rock. She also performed in Hairspray Live! in 2016 as Inez Stubbs.

Wright Joseph read for the dual roles of Zora and Umbrae in Us three times before being offered the part.

On November 1, 2017, Wright Joseph was chosen to reprise her role as young Nala in the 2019 remake of the original film directed by Jon Favreau. She chose to work on the film because she sees the character as a role model who inspires young girls. Upon learning that Beyoncé would be voicing grown-up Nala, Wright Joseph stated in an interview that she was motivated to work harder and consider how Beyoncé would approach the role.