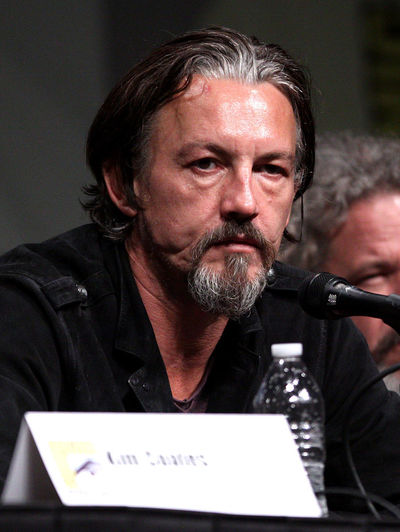 Tommy Flanagan (born 3 July 1965) is a Scottish actor. He is best known for his role as Filip "Chibs" Telford in the FX crime drama television series Sons of Anarchy.

Flanagan was born in Easterhouse, Glasgow, the third of five children. He was an altar boy as a child. His facial scars are the result of a knife attack outside a nightclub where he had been working as a DJ.

Flanagan is married to Dina, and together they have a daughter born in 2012. He is a supporter of Celtic F.C.

He portrayed arms dealer Gabriel Schecter in the first episode of 24's seventh season and appeared in the episode "Headlock" of Lie to Me, aired in the U.S. on Monday 2 August 2010. He was one of the main cast members of Sons of Anarchy, in which he plays an outlaw biker named Filip "Chibs" Telford. In October 2010, Flanagan was revealed as the spokesperson for the Scottish soft drink Irn-Bru. In July 2016, he appeared in the music video for the song "Rotting in Vain" by Korn.