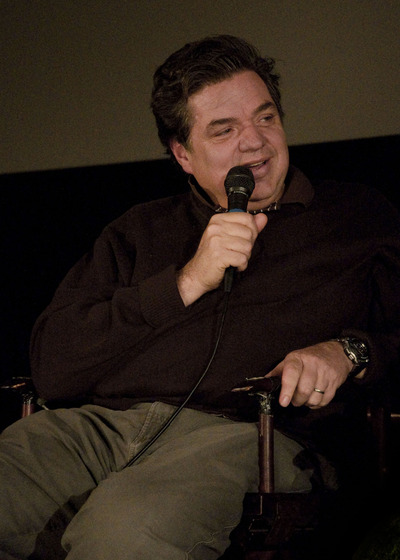 Oliver James Platt (born January 12, 1960) is an American actor. He starred in the Showtime original series, The Big C with Laura Linney.

Platt was born in Windsor, Ontario, Canada, to American parents Sheila Maynard, a clinical social worker who worked in Islamabad, and Nicholas Platt, a career diplomat who served as U.S. ambassador to Pakistan, Zambia, and the Philippines. He has an older brother, Adam Platt, a New York Magazine restaurant critic, and a younger brother, Nicholas Platt, Jr. His family moved back to the United States when Platt was three months old. Platt's paternal great-great-grandfather was diplomat and lawyer Joseph Hodges Choate. Platt's maternal great-grandparents were equestrian Arthur Scott Burden and socialite Cynthia Roche; he is a second cousin of Diana, Princess of Wales, through his great-great-grandparents, MP James Roche and heiress Frances Work. When asked about Diana, Platt said, "I never met her. It's a non-story. I'd love to tell you we were confidantes. The truth is I don't know much more about it than you do."

When he was nine years old, Platt and his family visited the Kennedy Center in Washington, where he watched a performance that helped inspire his acting career. "One of the performances that really made me want to be an actor started out with this probably 20-minute rambling, drunken monologue by this bum. And it was a young Morgan Freeman. I'll never forget it. This guy was just so riveting. He stood there on stage alone before the curtain went up, and he held this audience utterly rapt. Including myself, obviously." According to Platt, drama departments gave his childhood some stability, "It was something of a survival mechanism, in that it gave me a little subculture to plug into wherever I ended up. Kids need that. I certainly did." He attended a progressive boarding school named Colorado Rocky Mountain School in Carbondale Colorado.

Platt majored in drama at Tufts University, where he met and became close friends with Hank Azaria. He spent three years working in theatre in Boston, Massachusetts, which he said had a "wealth of serious amateur theatre at that time…I played many roles, and it was the best training I could have had." Platt travelled with Shakespeare and Company, based in Lenox, Massachusetts, touring schools to earn his Equity card, before moving to New York. Platt's early career involved Off-Broadway and regional theatre, and he appeared onstage with the New York Shakespeare Festival, Lincoln Center Theater, Manhattan Theatre Club and other companies across many genres. He obtained an agent while working at Manhattan Punch Line Theatre, and met actor Bill Murray at his cousin's Christmas party. Murray attended Platt's show and recommended Platt to director Jonathan Demme, who cast him in Married to the Mob in 1988. Platt attributes his breakthrough to appearing at the Punch Line Theater.