Hong Chau (born 1979) is an American actress who is known for her appearance in the US film Downsizing (2017), for which she was nominated for several awards for best supporting actress. Before Downsizing, she appeared in the US television series Treme (2010–2013) and the US film Inherent Vice (2014). Chau was born to Vietnamese parents who lived in a refugee camp in Thailand after fleeing Vietnam in the late 1970s. A Vietnamese Catholic church in New Orleans, Louisiana in the United States arranged for a family to sponsor Chau and her family, and they moved to New Orleans. After growing up in New Orleans, she majored in film studies at Boston University and pursued an acting career.

Hong Chau's parents were among the Vietnamese boat people who fled Vietnam in 1979, and Chau's mother was six months pregnant with her. Chau was born in a refugee camp in Thailand later in the year. A Vietnamese Catholic church in New Orleans, Louisiana organized for a local Vietnamese family, not related to Chau, to sponsor her family. Chau grew up speaking Vietnamese as her first language and later learned English in school. She was one of three children, and her parents worked in menial labor to ensure that the children went to college when they grew up. She said her family needed public assistance, that she went to public school and needed lunch assistance. For college, she depended on Pell Grants. Chau said her parents, who speak in heavy Vietnamese accents, were shunned as Asian migrants. She said, "My whole life, I've always felt like I was the more acceptable of my parents, and they were always the people who had to stay in the background, or hide in the broom closet." Chau was raised in the eastern part of New Orleans. In New Orleans, she attended Eleanor McMain Secondary School and Ben Franklin Senior High School. She finished at Louisiana School for Math, Science, and the Arts in Natchitoches, Louisiana.

She went to Boston University in Boston, Massachusetts, where she initially studied creative writing. She changed her major to film studies when her parents requested for her to study something more practical. She explored acting to challenge her introvertedness; she acted in other students' short films and was encouraged to pursue acting. After college, she got a job with PBS and anticipated a career in documentaries. She went to New York City where she studied acting. She began acting in film and television in 2006. One of her first major roles was in the US television series Treme (2010–2013), which was set in New Orleans. Her first feature film role was in the film Inherent Vice (2014). For a year after her role, she was not able to get an audition for another film role. In 2015, she had a key role in the 2015 Off Broadway play "John" by Annie Baker, and Chau credited the experience for strengthening her acting. She also had a supporting role in the HBO TV miniseries Big Little Lies alongside Nicole Kidman and Reese Witherspoon. She subsequently appeared in Downsizing (2017), with her performance having been highlighted as a standout by several reviews. Some criticized her character Ngoc Lan Tran as stereotypical since Chau spoke in broken English for the role, but Chau said that she found her character "so multifaceted and complex and well-written." Late in 2017, Chau was cast in American Woman, a film about the women who cared for Patty Hearst, to be written and directed by Semi Chellas. 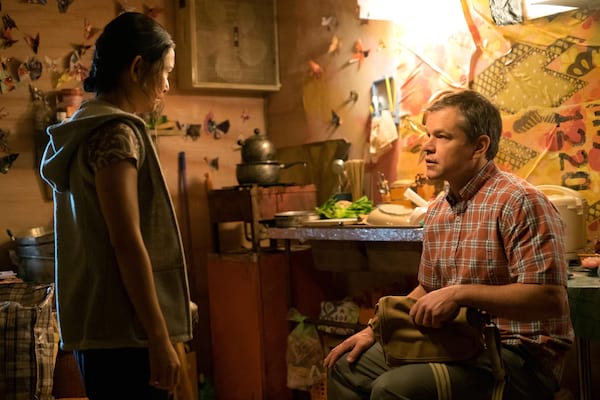 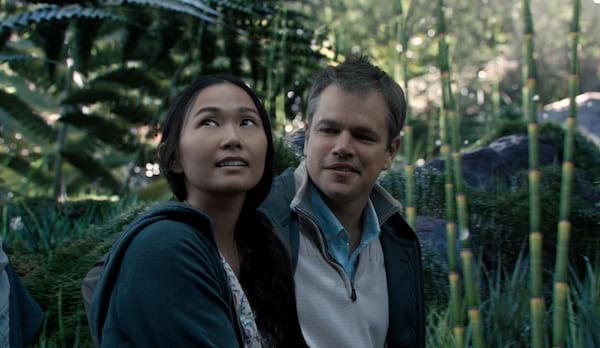 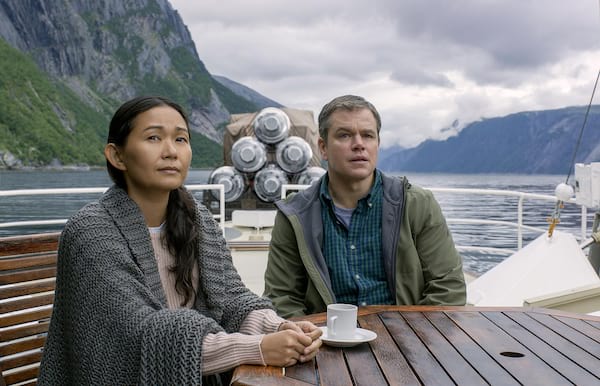