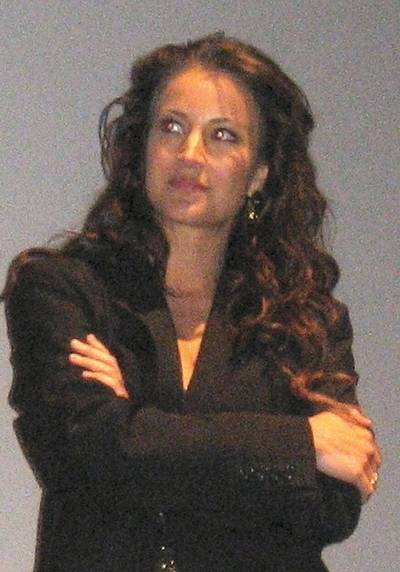 America Athene Olivo (a.k.a. America Campbell; born January 5, 1978) is an actress and singer most notable as a member of the band Soluna. Born in Los Angeles, she has multiple citizenships: American,Canadian and Italian, but is ethnically a mix of Chilean, Italian, Irish, Spanish/Basque and Belgian. Olivo is the daughter of Danica d'Hondt, who was Miss Canada in 1959, and Nello Olivo. She is also known for recently starring in the new Broadway musical Spider-Man: Turn Off the Dark. She is married to actor Christian Campbell.