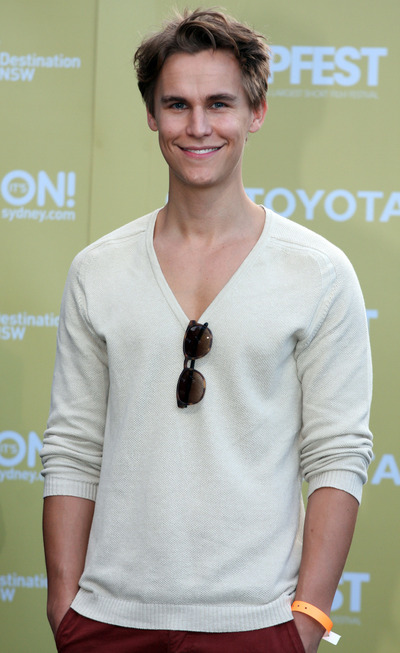 Rhys Wakefield (born 20 November 1988) is an Australian actor. He is best known for portraying the main character Thomas in the 2008 film The Black Balloon, for the 2011 film Sanctum, and portraying Lucas Holden in the long-running TV series Home and Away.

Wakefield was born in Cairns, Queensland. His mother is a medical standards officer and his father works in the Navy.

Before appearing as Lucas in Home and Away, Wakefield had been acting for more than six years. He attended classes at The McDonald College of Performing Arts where he won an acting scholarship in 2003. As well as performing in a number of school productions he appeared in numerous Shakespeare festivals and has worked with Opera Australia and the Australian Ballet. In addition to attending the McDonald College he also attended an acting course at the Zenith Theatre in 2003. Wakefield finished Year 12 at McDonald College of Performing Arts in 2006.

His first professional acting role was an uncredited appearance in the film Bootmen in 2000. This was later followed by a television appearance playing Brad, a guest star in the 2001 series Don't Blame Me for which he appeared in two episodes, Best Foot Forward and The Dingo Made Me Do It. Wakefield played his first leading role in a feature film in The Black Balloon as Thomas Mollison, which opened 6 March 2008 in Australian cinemas. Its world premiere was at the Berlin International Film Festival in Germany in February 2008, where the film received a Crystal Bear as the best feature-length film in the Generation 14plus category.