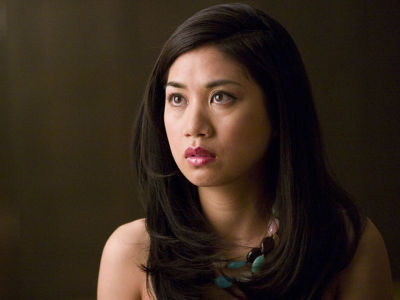 Liza Lapira (born December 3, 1981) is an American actress. She played Kianna in the 2008 film 21 and Special Agent Michelle Lee in NCIS. She was a co-star as Robin in the cancelled ABC comedy series Don't Trust the B---- in Apartment 23.

Liza Lapira was born in Queens, New York. She is of Filipino, Spanish, and Chinese descent. While in New York, she acted in theatrical productions and small films.

She moved to Los Angeles in 2004 to work in television.

Early film credits include director Tony Scott's Domino and independent feature The Big Bad Swim, which premiered at the Tribeca Film Festival in 2006. Lapira appeared in J. J. Abrams' 2008 film Cloverfield as Heather and also appeared in Table for Three and 21. In 2009, she played Agent Sophie Trinh in the film Fast & Furious opposite Paul Walker, and in 2010, she played Alva in Repo Men. She was the sharp-tongued friend of the "PG-13" Hannah in Crazy, Stupid, Love (2011).