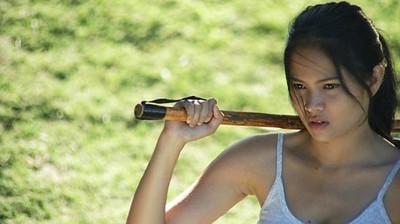 Mary Grace delos Reyes Perido, (born 1 September 1993) better known as Louise delos Reyes, is a Filipina actress and beauty pageant titleholder. She was 15 years old when she started acting in the show Lipgloss. Prior to her TV career, she has won beauty contests including Ms. Lyceum of the Philippines University — Cavite 2010, Ms. Teen Philippines International — Luzon 2007, Ms. Jag Teen 2007 and Ms. Teen Super Ferry 2007. She has played the lead role in the Peque Gallaga indie film Agaton and Mindy, which earned her a Best New Movie Actress nomination from PMPC. She also played in Pilyang Kerubin. One of her earlier big break was when she starred in Reel Love Presents: Tween Hearts and in her first lead role Alakdana as Adana. She co-starred with Alden Richards in the GMA7 primetime drama One True Love which has recently concluded.