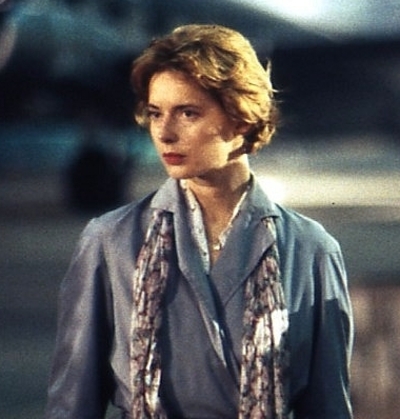 Rossellini is noted for her 14-year tenure as a Lancôme model, and for her roles in films such as Blue Velvet and Death Becomes Her. She has been nominated for a Golden Globe for her performance in Crime of the Century (1996).

Rossellini was born in Rome, the daughter of Swedish actress Ingrid Bergman, who was of Swedish and German descent, and Italian director Roberto Rossellini, who was born in Rome from a family originally from Pisa, Tuscany. She has three siblings from her mother: her twin sister Isotta Ingrid Rossellini, who is an adjunct professor of Italian literature; a brother, Robertino Ingmar Rossellini; and a half-sister, Pia Lindström, who formerly worked on television and is from her mother's first marriage with Petter Lindström. She has four other siblings from her father's two other marriages: Romano (died at age nine), Renzo, Gil, and Raffaella.

Rossellini was raised in Rome, as well as in Santa Marinella and Paris. She underwent an operation for appendicitis at the age of five. At 11, she was diagnosed with scoliosis. In order to correct it, she had to undergo an 18-month ordeal of painful stretchings, body casts, and surgery on her spine using pieces of one of her shin bones. Consequently, she has permanent incision scars on her back and shin.

At 19, she went to New York, where she attended Finch College, while working as a translator and a RAI television reporter.[citation needed] She also appeared intermittently on L'altra Domenica ("The Other Sunday"), a TV show featuring Roberto Benigni. However, she did not decide to stay full-time in New York until her marriage to Martin Scorsese (1979–1982).

At the age of 28, her modeling career began, when she was photographed by Bruce Weber for British Vogue and by Bill King for American Vogue. During her career, she has also worked with many other renowned photographers, including Richard Avedon, Steven Meisel, Helmut Newton, Peter Lindbergh, Norman Parkinson, Eve Arnold, Francesco Scavullo, Annie Leibovitz, Denis Piel, and Robert Mapplethorpe. Her image has appeared on such magazines as Marie Claire, Harper's Bazaar, Vanity Fair, and ELLE. In March 1988, an exhibition dedicated to photographs of her, called Portrait of a Woman, was held at the Musee d'Art Moderne in Paris.

Rossellini's modeling career led her into the world of cosmetics, when she became the exclusive spokesmodel for the international cosmetics brand Lancôme in 1982, replacing Nancy Dutiel in the United States and Carol Alt in Europe. At Lancôme, in 1990, she was involved in product development for the fragrance Trésor. In 1996, when she was 44, she was removed as the face of Lancôme for being "too old."

In October 1992, Rossellini modelled for Madonna's controversial book Sex. Rossellini also appeared in Madonna's music video for her successful Top 5 hit song "Erotica", released in the autumn/fall of 1992. In 1995, Rossellini worked with the Coty Group and developed her own brand of cosmetics, "Isabella Rossellini's Manifesto". She is signed to Trump Model Management.

Rossellini made her film debut with a brief appearance as a nun opposite her mother in the 1976 film A Matter of Time. Her first role was the 1979 film Il Prato, and then in 1980 she appeared in Renzo Arbore's film Il pap'occhio with Martin Scorsese.

Following her mother's death in 1982, Rossellini was cast in her first American film, White Nights (1985). This was followed by her notable role as the tortured nightclub singer Dorothy Vallens in the David Lynch film Blue Velvet, in which she also contributed her own singing. Other significant film roles during this period include her work in Cousins (1989), Death Becomes Her (1992), Fearless, and Immortal Beloved (1994). In 1996, she appeared as herself in an episode of the TV series Friends called "The One With Frank Jr."

In 2003, Rossellini was a recurring character on the television series Alias. In that same year, she also appeared in the Canadian film The Saddest Music in the World, directed by Guy Maddin. In 2004, she played the High Priestess Thar in the Sci-Fi Channel miniseries Legend of Earthsea, and director Robert Lieberman stated that Rossellini "brings a very big persona to the screen. She carries a great deal of beauty. We needed someone who had a feeling of authority to be this kind of mother superior type and at the same time not be totally dour and unattractive."

Rossellini received a 1987 Independent Spirit Award for Best Female Lead for her role in Blue Velvet. In 1997, she received a Golden Globe nomination for Best Performance by an Actress in a Mini-Series or Motion Picture Made for TV for her role in Crime of the Century and an Emmy Award nomination for Outstanding Guest Actress in a Drama Series for her work on the television series Chicago Hope. Also in 1997, Rossellini was awarded The George Eastman Award. In 1998, she received an Honourable Mention at the 48th Berlin International Film Festival for her role in the film Left Luggage. At the 63rd Berlin International Film Festival she is to be awarded with the Berlinale Camera.

She was married to Martin Scorsese from 1979 to 1982. After her marriage to Scorsese ended, she married Jon Wiedemann (1983–1986), a Harvard-educated and former fashion model from Texas (now a Microsoft design manager). Later, she dated David Lynch, Gary Oldman and Gregory Mosher.

She has always lived near her twin sister Isotta Ingrid, while growing up in Rome, Italy or residing in New York City, US. Because of this, her twin sister's children Tommaso and Francesca grew up closely with their cousins Elettra and Roberto.