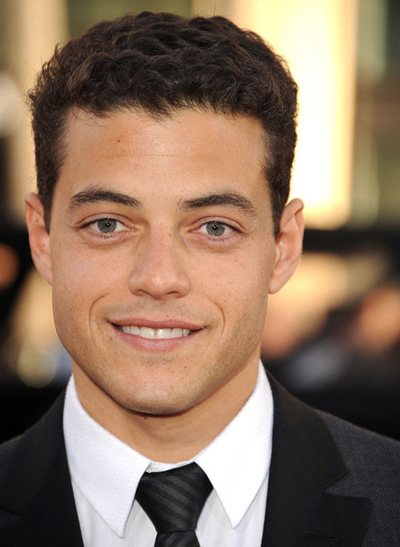 Rami Said Malek (born May 12, 1981) is an Egyptian-American actor. He became known for the lead role of Elliot Alderson in the critically acclaimed USA Network television series Mr. Robot, for which he won a Critics' Choice Award and the Primetime Emmy Award for Outstanding Lead Actor in a Drama Series. He also received Golden Globe Award, Screen Actors Guild Award, and TCA Award nominations.

Malek has acted in supporting roles for other notable film and television series such as Night at the Museum trilogy, Fox comedy series The War at Home (2005–2007), HBO miniseries The Pacific (2010), Larry Crowne (2011), Paul Thomas Anderson's The Master (2012), The Twilight Saga: Breaking Dawn – Part 2 (2012), the independent film Ain't Them Bodies Saints (2013) and the critically praised dramatic film Short Term 12 (2013). He was also in the videogame Until Dawn (2015) as Joshua "Josh" Washington.

Malek was born in Los Angeles, to an Egyptian Coptic Orthodox family. His late father was a tour guide in Cairo, and later sold insurance. His mother is an accountant. Malek was raised in the Coptic Orthodox faith. Malek has an identical twin brother named Sami, younger by four minutes, who is a teacher. He has an older sister, Jasmine, who is a medical doctor. Malek attended Notre Dame High School in Sherman Oaks, California, where he graduated in 1999 along with actress Rachel Bilson. Malek attended high school with Kirsten Dunst, who was a grade below and shared a musical theater class with him. He received his Bachelor of Fine Arts degree in 2003 from the University of Evansville in Evansville, Indiana.

In 2004, Malek began his acting career with a guest-starring role on the TV series Gilmore Girls. That same year he voiced "additional characters" for the video game Halo 2, for which he was uncredited. In 2005, he got his Screen Actors Guild card for his work on the Steven Bochco war drama Over There, in which he appeared in two episodes. That same year, he appeared in an episode of Medium and was cast in the prominent recurring role of Kenny, on the Fox comedy series The War at Home.

In the spring of 2007, he appeared on-stage as "Jamie" in the Vitality Productions theatrical presentation of Keith Bunin's The Credeaux Canvas at the Elephant Theatre in Los Angeles.

While shooting the Night at the Museum films, Malek returned to television in 2010 in a recurring role as the suicide bomber Marcos Al-Zacar on the eighth season of the Fox series 24. Later that same year, he received critical acclaim for his portrayal of Corporal Merriell "Snafu" Shelton on the Emmy Award-winning HBO World War II mini-series The Pacific. After the intensity of filming The Pacific, he chose to leave Hollywood and live in Argentina for a brief period of time.

During the filming of The Pacific, Malek met executive producer Tom Hanks, who was impressed with his performance and would later cast him as college student Steve Dibiasi in the feature film Larry Crowne, released in July 2011.

After this period, Malek acted in supporting roles in many major films. In August 2010, it was announced that Malek had been cast as the "Egyptian coven" vampire, Benjamin, in The Twilight Saga: Breaking Dawn – Part 2. In 2013, he played Nate, a new employee of a group home for youths, in the indie darling Short Term 12, opposite Brie Larson. He appeared in two Spike Lee films during this time, the 2012 remake of the South Korean film Oldboy in a part that was cut and later in the crowdfunded Da Sweet Blood of Jesus. He also had minor roles in Battleship, Oscar-nominated The Master, and Aint Them Bodies Saints.

He appeared as Josh, one of the main characters, in Until Dawn, a 2015 horror game released on the PlayStation 4 on August 25, 2015. He lent his voice and likeness to the character and was fully motion captured for the game.

Since 2015 he has played the lead role in the critically acclaimed USA Network computer-hacker, psychological drama Mr. Robot. His performance earned him nominations for the Dorian Award, Satellite Award, Golden Globe Award, and Screen Actors Guild Award, as well as wins in the Critics' Choice Television Award for Best Actor in a Drama Series and Primetime Emmy Award for Outstanding Lead Actor in a Drama Series.

In September 2016, Buster's Mal Heart, the first movie in which Malek plays a starring role, premiered at the Toronto International Film Festival to positive reviews. In it, Malek plays one man with two lives, Jonah and Buster.

In August 2016, it was announced that Malek will co-star with Charlie Hunnam as Louis Dega in a contemporary remake of the 1973 film Papillon. Papillon premiered September 2017 at the 2017 Toronto International Film Festival. In November 2016, it was announced that Malek will star as Freddie Mercury in the upcoming Queen biopic, Bohemian Rhapsody, to be released on December 25, 2018.

In February 2017, Malek won the Young Alumnus Award from his alma mater, University of Evansville.

He is currently dating with Portia Doubleday. 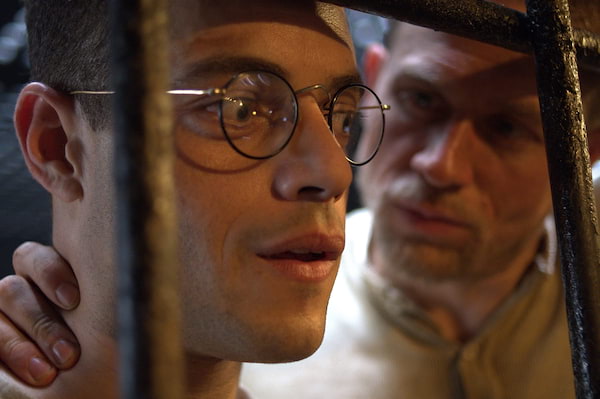 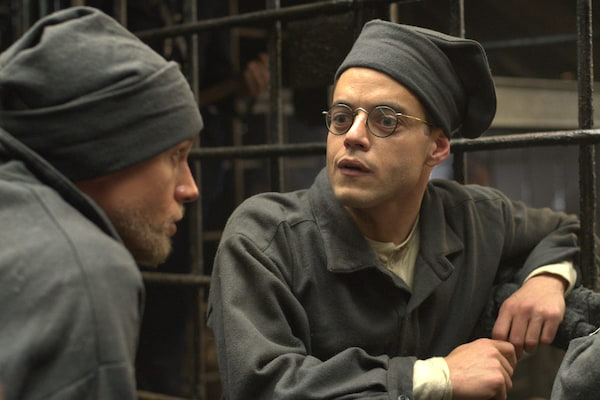 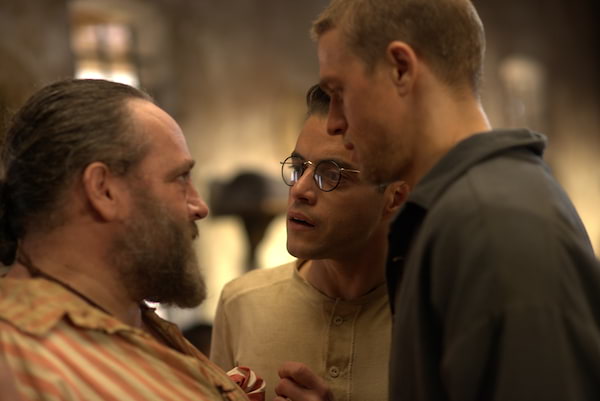 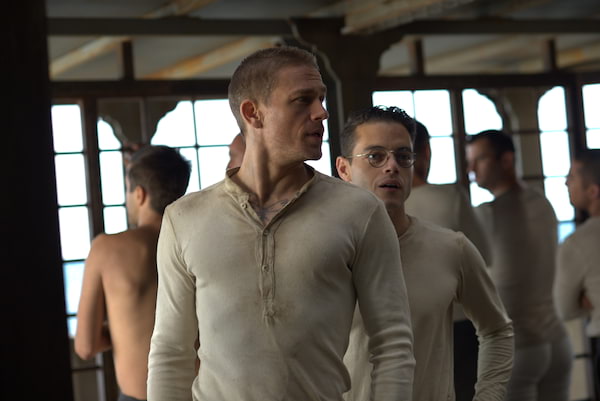