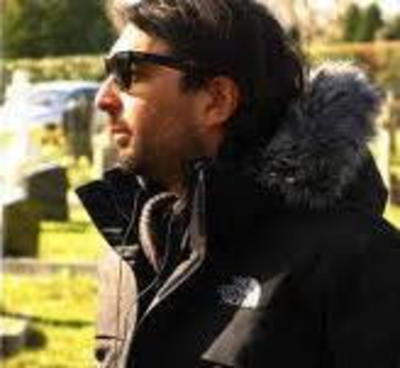 Drew Pearce (born 24 August 1975) is a British screenwriter and producer. He is known for creating the cult hit British TV comedy No Heroics, co-writing Iron Man 3, and writing the story for Mission: Impossible – Rogue Nation.

In 2017, Pearce made his feature directorial debut with Hotel Artemis, a futuristic thriller set in a secret, members-only hospital for criminals.

While studying at Exeter University, Pearce’s first job was working at The Face magazine, for editor Richard Benson.

Between 2000 and 2004, Pearce was the lead singer and guitarist in the London alt-country band Woodchuck, among various other music projects.

In 2007, Pearce created No Heroics, a sitcom about unsuccessful superheroes, following their R-rated off-duty exploits and their lives in hero-only pub The Fortress. The full series was shot in 2008, and released in October of that year. The show was ITV2's first original sitcom. It was well reviewed by the broadsheet and mainstream press, and would achieve a cult following. The Times showed their support of the show by saying "ITV2's new comedy No Heroics is fast, funny and a little ingenious. Drew Pearce, the creator/writer, established an engaging collection of pretenders to the throne.” It was nominated for Best New British TV Comedy of 2008 at the British Comedy Awards.

In 2009, ABC commissioned Pearce to create a pilot of No Heroics for the US. Pearce was joined by Will & Grace writer Jeff Greenstein. In March it was announced that Freddie Prinze Jr. had been cast as Infinitum, the A-list superhero, and Paul Campbell, Eliza Coupe, Tom Riley and Arielle Kebbel are playing the B-listers. Josh Gad was also cast as Horse Force, the groups former classmate from Superhero College. The network subsequently declined to pick the pilot up to full series.

In 2010, Pearce’s work moved to Hollywood when Marvel hired him to adapt Runaways for the big screen, based on the comic book of the same name by Brian K. Vaughan and Adrian Alphona. Pearce was tasked with writing a new script. Development on the film was put on hold the following October, and Pearce explained in September 2013 that the Runaways film had been shelved due to the success of The Avengers. Years later, Runaways would eventually be released as a web television series created for Hulu by Josh Schwartz and Stephanie Savage.

Pearce continued his relationship with the Marvel family when it announced in March 2011, that he would co-write Iron Man 3 with director Shane Black. Black described their take on the film as not being "two men in iron suits fighting each other," and more like a "Tom Clancy thriller," with Iron Man fighting real-world type villains. Pearce added that they would avert magic and space, with Iron Man 3 being "a techno-thriller set in a more real world than even The Avengers." The film's plot is influenced primarily from "Extremis," the 2005–2006 Iron Man comics storyline written by Warren Ellis.

Pearce continued his work as a writer on a wide array of projects. It was announced that Pearce would pen Paramount's adaption of the DC Comics title The Mighty. Pearce also completed an uncredited rewrite on Guillermo del Toro's sci-fi action thriller Pacific Rim. In October 2011, he was commissioned to write the script for a third film in the Sherlock Holmes film series starring Robert Downey Jr. The following year Pearce was tapped to polish the script for Legendary Pictures' Godzilla reboot.

In August 2013 Paramount Pictures announced the fifth Mission: Impossible film, from a script penned by Pearce. After developing the script with the director, Christopher McQuarrie, Pearce received a story by credit for Mission: Impossible – Rogue Nation. The film grossed $195 million in the U.S. and Canada, and $487.7 million in other countries, for a worldwide total of $682.7 million. It received critical acclaim, securing a Rotten Tomatoes score of 93% based on 291 reviews and an average rating of 7.5/10. The site's critical consensus reads, "Mission: Impossible – Rogue Nation continues the franchise's thrilling resurgence—and proves that Tom Cruise remains an action star without equal."

The following year Chernin Entertainment and Fox acquired The Long Run from Pearce, an original spec script that was set to be his directorial debut. The film was subsequently caught up in development.

In 2015, as a counterpart to the female driven Ghostbusters, Pearce began to develop and scribe a new male Ghostbusters film. Sony Pictures came on board to produce, and brought in the original architects Ivan Reitman, Dan Aykroyd, and the Russo Brothers as a braintrust for this potential new series of films. Channing Tatum and his partners Reid Carolin and Peter Kiernan were also attached to produce.

Continuing his relationship with Paramount Pictures, Pearce was tapped to pen The Wedding Sting, a film based on The Atlantic article of the same title. Written by Jeff Maysh, the article tells the story of how the 1990 Flint police department devised a sting to put on a fake wedding that would lure the city's drug dealers to a single location.

Pearce then partnered with Jason Segel to create the concept for a third Lego Movie spin-off, titled The Billion Brick Race. In March 2015, Warner Bros. announced that the film was in development with its animation feature arm, Warner Animation Group. Pearce and Segel were initially signed on to co-direct and write the film, however both subsequently stepped away from those roles. The film is scheduled to be released sometime in 2019.

All Hail The King

During the production of Iron Man 3, Pearce and producer Stephen Broussard had the idea for a short film that provided "a fresh take" on the Mandarin character. Marvel Studios and consultant Joss Whedon were positive about the short, and after Ben Kingsley agreed to reprise his role as Trevor Slattery, Pearce was set to write and direct the short, titled All Hail The King. He intended for the short to be ambiguous enough that the storyline could be further explored in future films or television series, and worked to make the action feel "real and brutal" to juxtapose the more comedic tone leading up to it. The short was filmed in Los Angeles, with Sam Rockwell's cameo filmed in Toronto on a set that was painted to match the Los Angeles shoot.

All Hail the King was released on the digital download release of Thor: The Dark World on February 4, 2014, and on February 25, 2014 for the Blu-ray release. IGN's Cliff Wheatley gave All Hail the King a 9.4 out of 10. He said that it's "a return to the loveable personality of the hapless Trevor and a step forward for the larger Marvel Cinematic Universe. It has its twists that should satisfy both lovers and haters of Trevor Slattery. But it’s the approach that Pearce takes with the material, from the kung-fu movie style credit sequences to the light-hearted tone that takes a sudden and jarring turn."

Pearce made his feature directorial debut with the genre-bending Hotel Artemis. The film, also written by Pearce, is a futuristic thriller, set in a secret, members-only hospital for criminals. After reading Pearce’s script, Adam Siegel and Marc Platt of Marc Platt Productions came on board to produce. Soon after, Stephen and Simon Cornwell from The Ink Factory attached themselves to produce and finance the project. Lionsgate acquired the international distribution rights for the film at the 2017 Berlin Film Festival, with WME Global dealing with distribution rights for its North American release.

In March 2012, Pearce directed the music video for the song "Rearrange" by Miles Kane. By March 2018, it had received over 3.9 million YouTube views. Pearce went on to direct a video for the Father John Misty song “The Night Josh Tillman Came to Our Apartment.