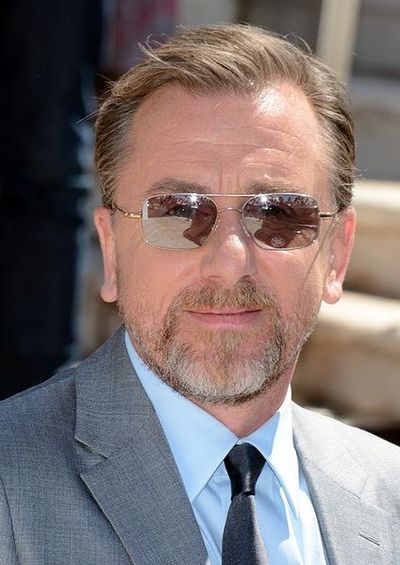 Roth made his debut in the 1982 film Made in Britain and the 1984 film The Hit, for which he was nominated for a BAFTA Award. He gained more attention for his performances in The Cook, the Thief, His Wife & Her Lover, Vincent & Theo, and Rosencrantz & Guildenstern Are Dead. He later earned international recognition for appearing in Quentin Tarantino films such as Reservoir Dogs, Pulp Fiction, and Four Rooms. He starred in the 1995 film Rob Roy, for which he received an Academy Award nomination for Best Supporting Actor and won the BAFTA Award for Best Actor in a Supporting Role, and made his directional debut with The War Zone, for which he won numerous awards.

Roth's other films include Captives, Little Odessa, Everyone Says I Love You, Gridlock'd, Legend of 1900, Deceiver, Planet of the Apes, Invincible, Funny Games, The Incredible Hulk, Arbitrage, and Broken. He also starred as Cal Lightman on the Fox series Lie to Me.

Tim Roth was born in Dulwich, London, the son of Ann, a painter and teacher, and Ernie, a Fleet Street journalist, painter, and (until the 1970s) a member of the British Communist Party. His father was born with the surname Smith in Sheepshead Bay, Brooklyn, New York, to an English immigrant family; he changed his surname to Roth in the 1940s, "partly through solidarity with the victims of the Holocaust, partly because the English were far from welcome in some of the countries to which his job took him". Roth attended the Strand School in Tulse Hill. As a young man, he wanted to be a sculptor and studied at London's Camberwell College of Art.

Roth made his acting debut at the age of 21 playing a white power skinhead in a 1983 TV film titled Made in Britain. He played an East End character in King of the Ghetto, a controversial drama based on a novel by Farukh Dhondy set in Brick Lane and broadcast by the BBC in 1986. In contrast to his Made in Britain role, Roth played a desperately shy and introverted character in the 1983 Mike Leigh film, Meantime. In 1985, he appeared in the television film Murder with Mirrors opposite Bette Davis, John Mills and Helen Hayes. He played an apprentice hitman in Stephen Frears' The Hit with Terence Stamp and John Hurt, earning an Evening Standard Award for Most Promising Newcomer. He appeared in several other films towards the end of the decade and in 1989 he had a supporting role as the buffoonish lackey Mitchell in Peter Greenaway's The Cook, the Thief, His Wife & Her Lover. In 1990, he began to enjoy international attention with starring roles as Vincent van Gogh in Robert Altman's Vincent & Theo and as Guildenstern in Tom Stoppard's Rosencrantz & Guildenstern Are Dead. Roth and other young British actors of the time such as Bruce Payne, Gary Oldman,Colin Firth and Paul McGann were dubbed the "Brit Pack", a nickname based on the Brat Pack of the United States.

Roth was cast as Mr. Orange in Quentin Tarantino's 1992 ensemble piece Reservoir Dogs. This paved the way for more work in Hollywood. In 1994, Tarantino cast him as a robber (again) in Pulp Fiction. They also collaborated in the 1995 film Four Rooms, where he played the role of Ted the Bellhop. His role as Archibald Cunningham opposite Liam Neeson in Rob Roy earned him an Academy Award nomination for Best Supporting Actor, a Golden Globe nomination and won him a BAFTA for the same performance.