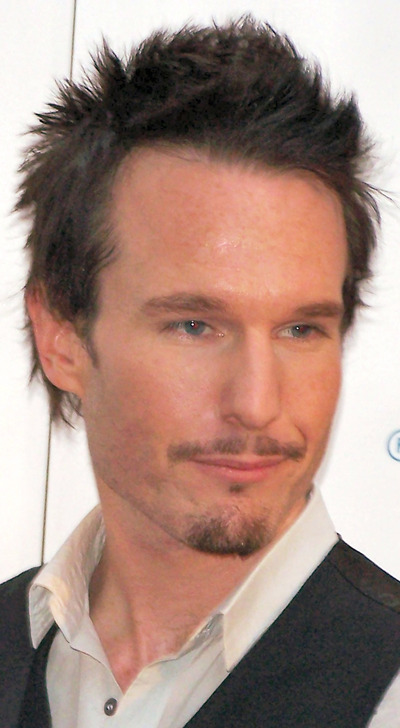 Michael Eklund (born July 31) is a Canadian actor, who has made numerous appearances in both television and film roles.

Eklund was born in Saskatoon, Saskatchewan. Since 2006, Eklund has appeared as Vancouver Narcotics detective, Rene Dejardins, in CBC's drama,Intelligence.

In 2007 Eklund starred in the film Walk All Over Me, playing Aaron, a recently released ex-convict. That same year, he appeared as a creepy doorman in a scene with Al Pacino in the thriller film 88 Minutes.

In 2008 Eklund starred in Supernatural in the episodeMonster Movie, as Ed Brewer.

Eklund has also guest starred in Smallville twice (Season 1 as a janitor & Season 6 as a fight ring announcer).

In 2009, he had a small role in Terry Gilliam's The Imaginarium of Doctor Parnassus.

In 2010, he made a guest appearance on J.J. Abrams's Fringe in the third season episode "The Plateau" playing Milo, a savant capable of calculating all future possibilities based on patterns. He also played Larry in the comedy-western film Gunless withPaul Gross and appeared in the action movie Hunt to Kill, with Steve Austin in 2010. He also had a small role as Navy Dude in Smokin' Aces 2: Assassins' Ball.

In 2012 Eklund appeared as the title escapee in theAlcatraz episode "Kit Nelson." He starred alongside Michael Biehn in the Xavier Gens thriller The Divide released in 2012 and also played the character of Father in the apocalyptic siege warfare filmThe Day with Dominic Monaghan and Shawn Ashmore. That same year he starred in the film Errors of the Human Body for which he was awarded best actor for the AMD 'Next Wave' Spotlight Competition at Fantastic Fest.