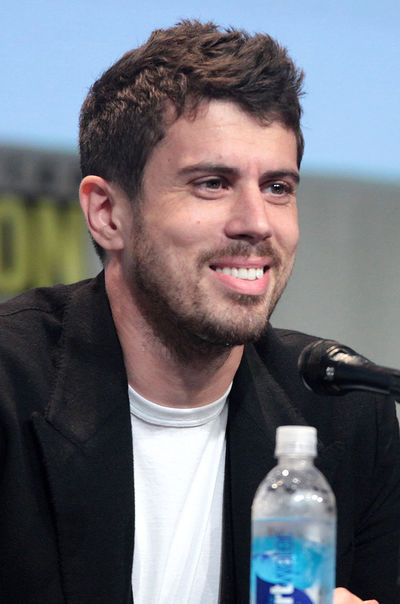 Kebbell, the fourth of five children, was born in South Elmsall, on the A638 between Doncaster and Wakefield, Yorkshire, but grew up in Nottinghamshire. He was brought up by his mother, Michelle (née Mathers), a cook and landscape gardener, after his parents divorced when he was eighteen months old. His father, Robert Kebbell, is an engineer. He went to a Catholic primary school. Kebbell first came to notice when director Shane Meadows cast him in the role of Anthony in the film Dead Man's Shoes. He was nominated for Most Promising Newcomer at the British Independent Film Awards and was widely lauded for his sensitive, moving portrayal of a young man with a learning difficulty. Kebbell then appeared in Oliver Stone's Alexander and Match Point, which Woody Allen cast him in without audition after being impressed with his performance in Dead Man's Shoes.

In December 2007, Kebbell took the lead in an episode of Jimmy McGovern's BBC series The Street, which subsequently won the BAFTA for Best Drama series. His other work for the BBC included a modern retelling of Macbeth alongside James McAvoy, while his theatre roles included spells at the Almeida Theatre in David Hare's reworking of Maxim Gorky's Enemies and at the Playhouse in R.C. Sherriff's classic, Journey's End.

In September 2008, Kebbell was featured in the film RocknRolla, written and directed by Guy Ritchie, alongside actors Tom Wilkinson, Gerard Butler and Thandie Newton. Kebbell played a crack-addicted musician, Johnny Quid. To play the role Toby Kebbell learned to play the piano and operate a semi automatic.

In January 2009, Kebbell was nominated in the "Orange Rising Star Award" category of the 2009 BAFTA Awards. This award is voted for by the public. Kebbell appeared in the 2009 film Cheri, directed by Stephen Frears, in which he took a small role alongside Michelle Pfeiffer. He filmed in Morocco and London with Jake Gyllenhaal for Prince of Persia: Sands of Time.

In February 2009, it was reported that Kebbell was dating the former Oxford Union president Ruzwana Bashir, whom he met at a party given by the journalist Andrew Neil.

In 2011, Kebbell played a leading role in 'The Entire History of You', the finale of the first season of Charlie Brooker's critically acclaimed Black Mirror. The episode was written by Jesse Armstrong (Peep Show, The Thick of It). Robert Downey, Jr. has since bought the rights to adapt the script for a forthcoming film.

In December 2013, Legendary Pictures announced that Kebbell would be joining the cast of Warcraft film adaptation as Durotan, set to be released in March 2016.