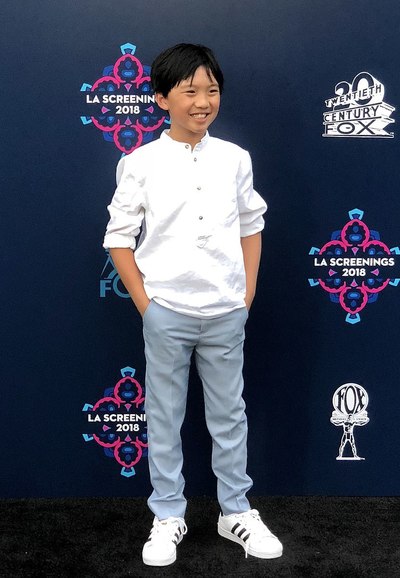 Ian Chen (born September 7, 2006) is an American actor. In 2014, he was cast as a series regular in the ABC comedy series Fresh Off the Boat.

He is a lead character on the ABC series Fresh off the boat.

In November 2016, Chen opened the "FASO Goes Pops!" orchestra concert with a performance of the young Michael Jackson hit, "Ben."

In June 2016, he starred as the main character in Eric Nam's music video "Into You". In 2019, he appeared in the live-action film Shazam!.

Ian Chen was born to immigrant Taiwanese parents. He has a younger brother, named Max, and both are fluent in Mandarin. He is a big fan of Minecraft, and also sings and plays guitar in a band.