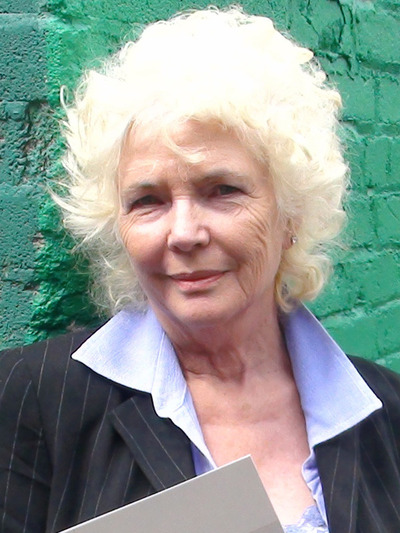 Fionnghuala Manon "Fionnula" Flanagan(born 10 December 1941), is an Irish actress, best known for her work in theatre, film and television.

Flanagan was born and raised in Dublin, the daughter of Rosanna (née McGuirk) and Terence Niall Flanagan. She grew up speaking both Irish and English fluently. Although her parents were not Irish speakers, they wanted Flanagan and her four siblings to learn the Irish language. She was educated in Switzerland and England. She trained extensively at the Abbey Theatre in Dublin and travelled throughout Europe before settling in Los Angeles, California in early 1968.

Flanagan came to prominence in Ireland in 1965 as a result of her role as Máire in the Telefís Éireann production of the Irish language play, An Triail, for which she received the Jacob's Award in Dublin for her "outstanding performance". With her portrayal of Gerty McDowell in the 1967 film version of Ulysses, Flanagan established herself as one of the foremost interpreters of James Joyce.

She made her Broadway debut in 1968 in Brian Friel's Lovers, then appeared in The Incomparable Max (1971) and such Joycean theatrical projects as Ulysses in Nighttown (as Molly Bloom) and James Joyce's Women (1977). It was subsequently filmed in 1983, with Flanagan both producing and playing all six main female roles (Joyce's wife, Nora Barnacle, as well as fictional characters Molly Bloom, Gerty McDowell, etc.). A familiar presence in American television, has appeared in several made-for-TV movies, among them The Legend of Lizzie Borden (1975) starring Elizabeth Montgomery, Mary White (1977), The Ewok Adventure (1984) and A Winner Never Quits (1986). She won an Emmy for her performance as Clothilde in the 1976 network miniseries Rich Man, Poor Man.

Flanagan and her husband (since 1972), Dr. Garrett O'Connor, an Irish nationalist from Belfast, are known to host parties at their Hollywood Hills home for people in the Irish community. In July 2009, she joined Sinn Féin president Gerry Adams for a series of lectures across the USA supporting Irish unity. In October 2011, she announced her support for Sinn Féin politician Martin McGuinness in his unsuccessful bid for the Irish presidential election.