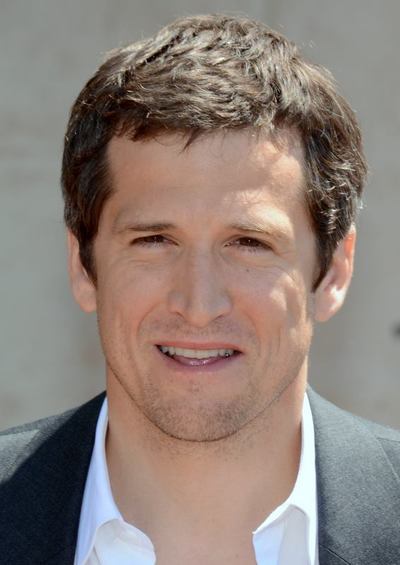 Canet began his career in theatre and television before moving to film. He starred in several films like Joyeux Noël, Love Me If You Dare and The Beach. In 2006, he turned to writing and directing with Tell No One and won a César Award for Best Director.

Canet has also received attention because of his personal life. He was formerly married to actress Diane Kruger. After they divorced in 2006, Canet had relationships with Carla Bruni and Élodie Navarre. Since 2007, he's been in a relationship with Marion Cotillard.

Guillaume Canet was born in Boulogne-Billancourt on 10 April 1973 to a family of horse breeders. Canet intended to become a show jumper and performed with the junior French National Equestrian Team. However, after a fall from his horse at age 18 he turned to acting and enrolled in the Cours Florent drama school. In 1994, he appeared in the Théâtre Hébertot production of La Ville dont le prince est un enfant with Christophe Malavoy. After working in various television shows and commercials, Canet made his film debut in the short film "Fils unique".

In 1997, he appeared in the thriller film Barracuda for which he won a prix d'interprétation (best actor award) at the Festival Saint-Jean-de-Luz in 1999. The same year he was nominated for a César Award for his role as Vincent Mazet in the comedy film En plein cœur. He then traveled abroad to film Danny Boyle's The Beach. After completing The Beach, Canet starred opposite Sophie Marceau in La fidélité and in Jerry Schatzberg's The Day the Ponies Come Back.

In 2002, Canet starred with Gérard Depardieu in the science fiction film Vidocq. He also directed and wrote his first feature film the same year, Mon Idole, which also starred his wife Diane Kruger. In 2003, he appeared opposite Marion Cotillard in Yann Samuell's Love Me If You Dare which became a sleeper hit. Canet next appeared in the international production Joyeux Noël which tells the story of the World War I Christmas cease fire. The film—which also featured Kruger—was nominated for an Academy Award for Best Foreign Language Film.

Canet released his second feature film in 2006, Tell No One, an adaptation of Harlan Coben's novel of the same name. Tell No One was the ninth top grossing French film of 2006 and went on to win four César awards, including a César Award for Best Director for Canet.

His film Blood Ties was selected to be screened Out of Competition at the 2013 Cannes Film Festival.

In 1999, he started a relationship with German-born model and actress Diane Kruger. They were married on 1 September 2001. In January 2006, Canet and Kruger filed for divorce. Kruger later said that the marriage was not successful because their careers had kept them occupied in different parts of the world. After his divorce, he started dating Carla Bruni and then Élodie Navarre.

Canet has been romantically involved with actress Marion Cotillard since October 2007; the two had known each other since 1997, and had starred together in the 2003 film Love Me If You Dare. They later appeared together in the 2009 film The Last Flight. The couple has attracted considerable attention from the French media, but for a long time they did not discuss their relationship and did not appear together on a red carpet event until the Cannes Film Festival in 2009. The couple has a son together, Marcel, born on 19 May 2011. They've never gotten married.

In July 2012, photographer Jean-Claude Elfassi accused Canet of violence during an altercation as Canet and Cotillard arrived home from the hospital maternity ward with their new baby in May 2011. According to the photographer, Canet left his house with an iron bar and threatened him before police stepped in. Elfassi’s son filmed the actor with his cell phone and while Canet made sure the footage was erased from the web, photos were published in French magazine Entrevue. Elfassi and his son attempted to sue the actor for “violence” and “theft” and their case was not only dismissed, but Elfassi faces charges for “false accusation” and could spend nine months in jail.