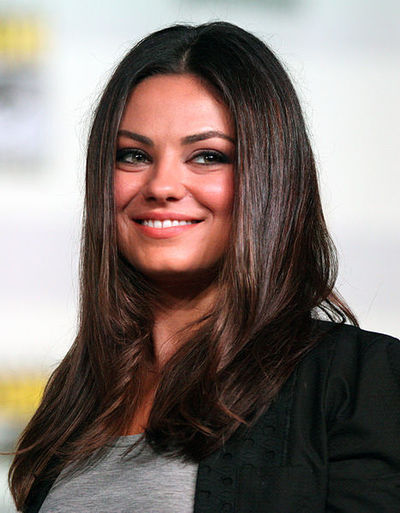 Milena Markovna "Mila" Kunis (born August 14, 1983) is an American actress. In 1991, at the age of seven, she moved from the Soviet Union to Los Angeles with her family. After being enrolled in acting classes as an after-school activity, she was soon discovered by an agent. She appeared in several television series and commercials, before acquiring her first significant role prior to her 15th birthday, playing Jackie Burkhart on the television series That '70s Show. In September 1999, she began voicing Meg Griffin on the animated series Family Guy.

Her breakout film role came in 2008, playing Rachel Jansen in Forgetting Sarah Marshall. Subsequent film roles included Mona Sax in Max Payne, Solara in The Book of Eli, Jamie in Friends with Benefits, Lori in the comedy Ted, and Theodora in Oz the Great and Powerful. Her performance as Lily in Black Swan gained her worldwide accolades, including receiving the Premio Marcello Mastroianni for Best Young Actor or Actress at the 67th Venice International Film Festival, and nominations for a Golden Globe Award for Best Supporting Actress and a Screen Actors Guild Award for Outstanding Performance by a Female Actor in a Supporting Role.

Kunis was born in Chernivtsi, in the Ukrainian SSR (now Ukraine). Her mother, Elvira, is a physics teacher who runs a pharmacy, and her father, Mark Kunis, is a mechanical engineer who works as a cab driver. Kunis has a brother, Michael, who is six years older. She stated in 2011 that her parents had "amazing jobs", and that the family was "very lucky" and "not poor"; they had decided to leave the USSR because they saw "no future" there for Kunis and her brother. In 1991, when she was seven years old, her family moved to Los Angeles, California with $250. “That was all we were allowed to take with us. My parents had given up good jobs and degrees, which were not transferable. We arrived in New York on a Wednesday and by Friday morning my brother and I were at school in LA.”

Kunis comes from a Jewish family and has cited anti semitism in the former Soviet Union as one of several reasons for her family's move to the United States. She has stated that her parents "raised [her] Jewish as much as they could," although religion was suppressed in the Soviet Union. On her second day in Los Angeles, Kunis was enrolled at Rosewood Elementary School, not knowing a word of English. She later recalled: "I blocked out second grade completely. I have no recollection of it. I always talk to my mom and my grandma about it. It was because I cried every day. I didn't understand the culture. I didn't understand the people. I didn't understand the language. My first sentence of my essay to get into college was like, 'Imagine being blind and deaf at age seven.' And that's kind of what it felt like moving to the States."

In Los Angeles, she attended Hubert Howe Bancroft Middle School. She used an on-set tutor for most of her high school years while filming That '70s Show. When not on the set, she attended Fairfax High School, from which she graduated in 2001. She briefly attended UCLA and Loyola Marymount University in Los Angeles.

At age nine, Kunis was enrolled by her father in acting classes after school at the Beverly Hills Studios, where she met Susan Curtis, who would become her manager. On her first audition she landed the role for a Barbie commercial. Shortly after, she did a commercial for the Lisa Frank product line. Her first television roles took place in 1994, first appearing on Days of Our Lives, and a few months later doing her first of two appearances on Baywatch. She had a minor role on 7th Heaven and supporting roles in Santa with Muscles, Honey, We Shrunk Ourselves, and the Angelina Jolie film Gia, as the young Gia Carangi.

At the age of 10, Kunis auditioned for but failed to get the role of a Russian Jewish girl who moves to America in the film Make a Wish, Molly. Instead, she was cast in the secondary role of a Mexican girl. In 1998, Kunis was cast as Jackie Burkhart in the Fox sitcom That '70s Show. All who auditioned were required to be at least 18 years old; Kunis, who was 14 at the time, told the casting directors she would be 18 but did not say when. Though they eventually figured it out, the producers still thought Kunis was the best fit for the role. That '70s Show ran for eight seasons. She won two consecutive Young Star Awards as Best Young Actress in a Comedy TV Series in 1999 and 2000 for her performances.

In 1999, Kunis replaced Lacey Chabert in the role of Meg Griffin on the animated sitcom Family Guy, created by Seth MacFarlane for Fox. Kunis won the role after auditions and a slight rewrite of the character, in part due to her performance on That '70s Show. MacFarlane called Kunis back after her first audition, instructing her to speak slower, and then told her to come back another time and enunciate more. Upon claiming that she had mastered these speech particulars, MacFarlane hired her. MacFarlane added: "What Mila Kunis brought to it was in a lot of ways, I thought, almost more right for the character. I say that Lacey did a phenomenal job, but there was something about Mila – something very natural about Mila. She was 15 when she started, so you were listening to a 15-year-old. Often times with animation they'll have adult actors doing the voices of teenagers and they always sound like Saturday morning voices. They sound often times very forced. She had a very natural quality to Meg that really made what we did with that character kind of really work." Kunis was nominated for an Annie Award in the category of Voice Acting in an Animated Television Production in 2007. She also voiced Meg in the Family Guy Video Game!. Kunis described her character as "the scapegoat."

In 2001, she appeared in Get Over It opposite Kirsten Dunst. She followed that up in 2002, by starring in the straight-to-DVD horror film American Psycho 2 alongside William Shatner, a sequel to the 2000 film American Psycho. American Psycho 2 was panned by critics, and later, Kunis herself expressed embarrassment over the film. In 2004, Kunis starred in the film adaptation Tony n' Tina's Wedding. Although the film was shot in 2004, it did not have a theatrical release until 2007. Most critics did not like the film, which mustered a 25% approval from Rotten Tomatoes. DVD talk concluded that "fans would be much better off pretending the movie never happened in the first place".

In 2005, Kunis co-starred with Jon Heder in Moving McAllister, which was not released theatrically until 2007. The film received generally poor reviews and had a limited two-week run in theaters. She followed up with After Sex starring alongside Zoe Saldana, who had also appeared in Get Over It. In October 2006, she began filming Boot Camp (originally titled Straight Edge). The film was not released in theatres in the United States, but was released on DVD on August 25, 2009.

Kunis starred as Rachel Jansen in the 2008 comedy film, Forgetting Sarah Marshall, co-produced by Judd Apatow. The role, which she won after unsuccessfully auditioning for Knocked Up, entailed improvisation on her part. The film garnered positive reviews, and was a commercial success, grossing $105 million worldwide. Kunis's performance was well-received; Joe Morgenstern of The Wall Street Journal praised her "fresh beauty and focused energy", while James Berardinelli wrote that she is "adept with her performance and understands the concept of comic timing". She was nominated for a Teen Choice Award. In an interview, Kunis credited Apatow with helping her to expand her career from That '70s Show.

GQ magazine named Kunis the Knockout of the Year for 2011, with Men's Health naming her one of the "100 Hottest Women of All-Time". FHM magazine ranked her number 9 on its 2012 Hot 100 list, but she reached number 1 on their 2013 "100 Sexiest Women in the World" list, which brings to an end a four-year run by British women.

Prior to this in 2008 Kunis stated, "You've got to base your career on something other than being FHM's top 100 number one girl. Your looks are going to die out, and then what's going to be left?" Maxim has consistently ranked Kunis on its Hot 100 list, reaching a ranking of number 5 in both 2009 and 2011 and number 3 in 2012. Esquire magazine named her 2012's Sexiest Woman Alive. She ranked #2 on AskMen's list of Top 99 Women for 2013, behind only Jennifer Lawrence. In 2013, she responded to those lists: "All I can say is, I feel honored to be considered sexy."

Although Kunis has described herself as a "computer nerd", she does not have a Myspace, Facebook or Twitter account. Kunis discussed her desire for privacy: "Why would I want to share my life with the world when it's being shared already, without my consent? The only problem with not having an account is that there are fake accounts, pretending to quote me. But what am I going to tweet about?"

Kunis began dating actor Macaulay Culkin in 2002. During their relationship, there were rumors of the couple getting married, but Kunis denied them. In an interview with BlackBook magazine, Kunis stated that marriage is "not something that's important to me". Kunis said she tried her best to protect her and Culkin's privacy, noting that "We don't talk about it to the press. It's already more high profile than I want it to be." When asked if it was difficult to stay out of the tabloids and press, Kunis responded: "I keep my personal life as personal as I physically, mentally, possibly can." Asked if that is difficult she said, "I don't care. I will go to my grave trying. It is hard, but I'll end up going to a bar that's a hole in the wall. I won't go to the 'it's-happening' place." On January 3, 2011, Kunis's publicist confirmed reports that Kunis and Culkin had ended their relationship, saying "The split was amicable, and they remain close friends."

Kunis started dating her former That '70s Show co-star Ashton Kutcher in April 2012, though they did not confirm the relationship until March 2013. In February 2014, it was announced that the couple had become engaged. In May 2014, Kunis confirmed that she and Kutcher are also expecting their first child together. 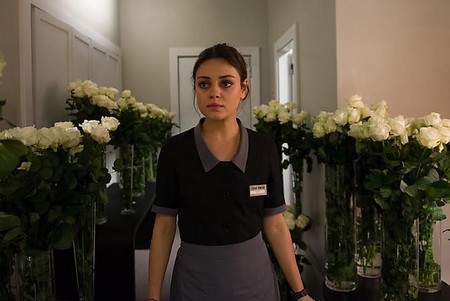 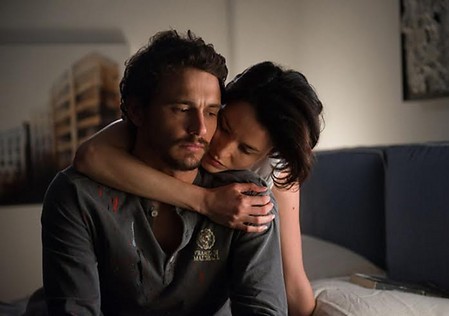 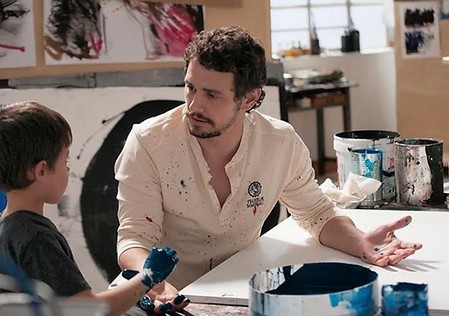 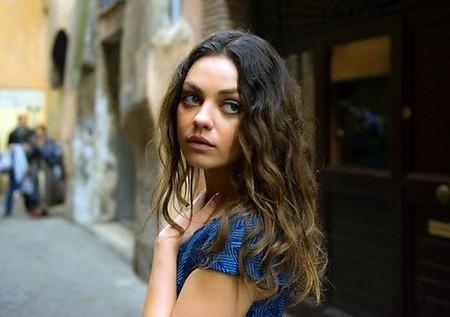 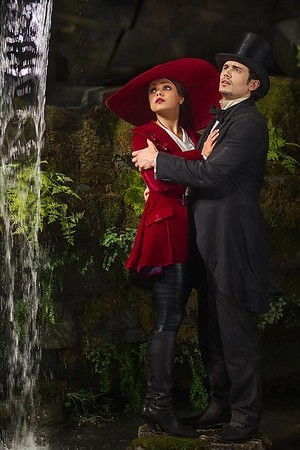 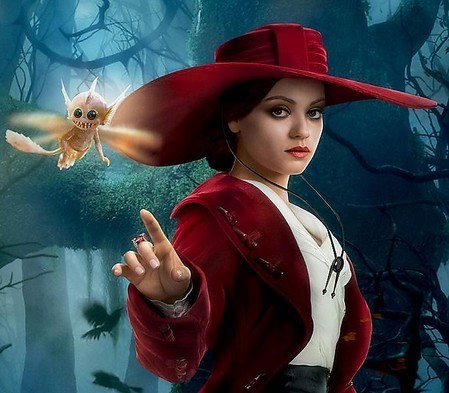 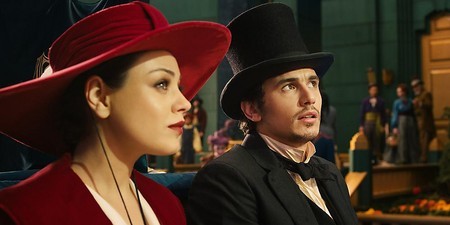 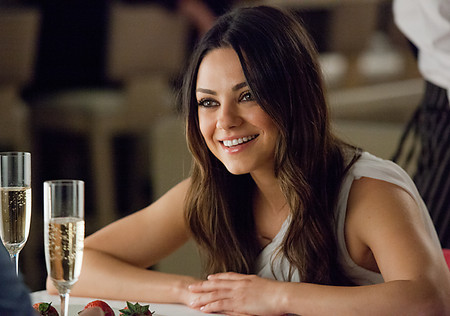 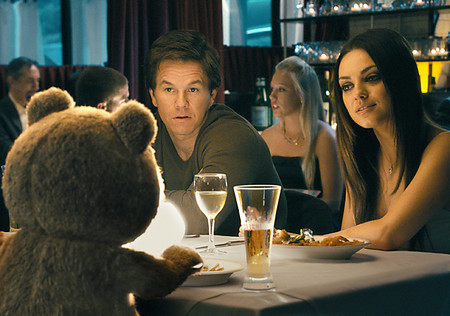 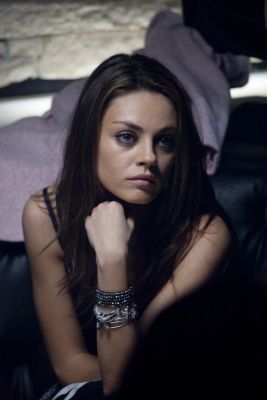 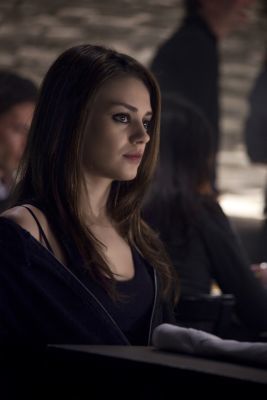 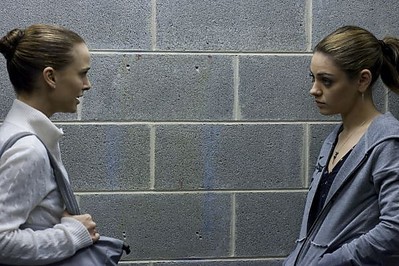 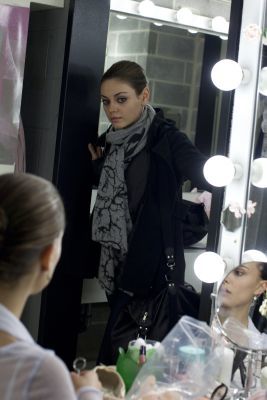 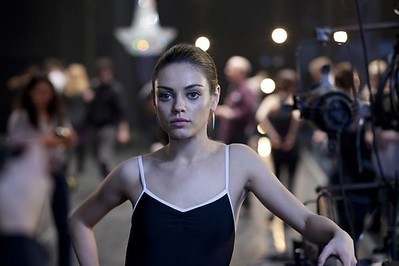