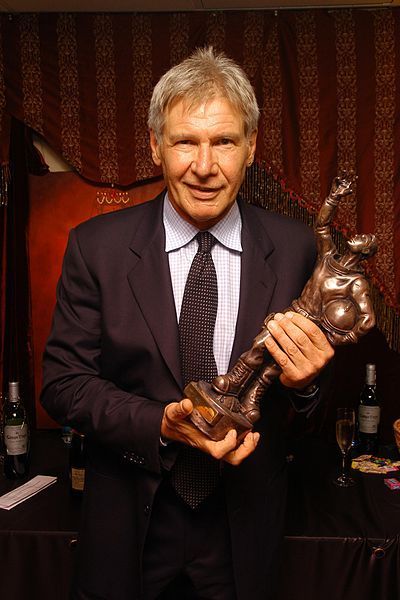 Harrison Ford (born July 13, 1942) is an American film actor and producer. He is famous for his performances as Han Solo in the original Star Wars trilogy and the title character of the Indiana Jones film series. Ford is also known for his roles as Rick Deckard in Blade Runner, John Book in Witness and Jack Ryan in Patriot Games and Clear and Present Danger. His career has spanned six decades and includes roles in several Hollywood blockbusters, including Presumed Innocent, The Fugitive, Air Force One, and What Lies Beneath. At one point, four of the top six box-office hits of all time included one of his roles. Five of his films have been inducted into the National Film Registry.

In 1997, Ford was ranked No. 1 in Empire's "The Top 100 Movie Stars of All Time" list. As of July 2008, the United States domestic box office grosses of Ford's films total over US$3.5 billion, with worldwide grosses surpassing $6 billion, making Ford the third highest grossing U.S. domestic box-office star. Ford is the husband of actress Calista Flockhart.

Ford was born July 13, 1942, at Chicago, Illinois's Swedish Covenant Hospital. His mother, Dorothy (née Dora Nidelman), was a homemaker and former radio actress, and his father, Christopher Ford (born John William Ford), was an advertising executive and a former actor. A younger brother, Terence, was born in 1945. Ford's paternal grandparents, John Fitzgerald Ford and Florence Veronica Niehaus, were of Irish Catholic and German descent, respectively. Ford's maternal grandparents, Harry Nidelman and Anna Lifschutz, were Jewish immigrants from Minsk, Belarus (at that time a part of the Russian Empire). When asked in which religion he and his brother were raised, Ford has jokingly responded, "Democrat," "to be liberals of every stripe". In a television interview shown in August 2000, when asked about what influence his Irish Catholic and Russian Jewish ancestry may have had on his life as a person and as an artist, Ford humorously stated "As a man I've always felt Irish, as an actor I've always felt Jewish."

Ford was active in the Boy Scouts of America, and achieved its second-highest rank, Life Scout. He worked at Napowan Adventure Base Scout camp as a counselor for the Reptile Study merit badge. Because of this, he and Eagle Scout director Steven Spielberg later decided to depict the young Indiana Jones as a Life Scout in the film Indiana Jones and the Last Crusade. They also jokingly reversed Ford's knowledge of reptiles into Jones' fear of snakes.

In 1960, Ford graduated from Maine East High School in Park Ridge, Illinois. His was the first student voice broadcast on his high school's new radio station, WMTH, and he was its first sportscaster during his senior year (1959–1960). He attended Ripon College in Wisconsin, where he was a member of the Sigma Nu fraternity. He took a drama class in the final quarter of his senior year to get over his shyness. Ford, a self-described "late bloomer," became fascinated with acting.

In 1964, Ford traveled to Los Angeles, California to apply for a job in radio voice-overs. He did not get it, but stayed in California and eventually signed a $150 a week contract with Columbia Pictures' New Talent program, playing bit roles in films.

He was finally credited as "Harrison J. Ford" in the 1967 Western film, A Time for Killing, but the "J" did not stand for anything, since he has no middle name. It was added to avoid confusion with a silent film actor named Harrison Ford, who appeared in more than 80 films between 1915 and 1932, and died in 1957. Ford soon dropped the "J" and worked for Universal Studios, playing minor roles in many television series.

Ford's carpentry work eventually landed him his first starring film role. In 1975, George Lucas hired him to read lines for actors auditioning for parts in the film Star Wars (1977). Lucas was eventually won over by Ford's portrayal, and cast him as Han Solo. Star Wars became one of the most successful movies of all time worldwide, and established Ford as a superstar.

Ford's status as a leading actor was solidified when he starred as Indiana Jones in the George Lucas/Steven Spielberg collaboration Raiders of the Lost Ark (1981). Though Spielberg was interested in casting Ford in the lead role from the start, Lucas was not, due to having already worked with the actor in American Graffiti and Star Wars, but he eventually relented after Tom Selleck was unable to accept.

Ford is one of Hollywood's most private actors, guarding his personal life. He has two sons (Benjamin and Willard) with his first wife, Mary Marquardt, as well as two children (Malcolm and Georgia) with his second wife, screenwriter Melissa Mathison.

Ford began dating actress Calista Flockhart after meeting at the 2002 Golden Globes, and together they are parents to her adopted son, Liam. Ford proposed to Flockhart over Valentine's Day weekend in 2009. They married on June 15, 2010, in Santa Fe, New Mexico, where Ford was filming Cowboys & Aliens. 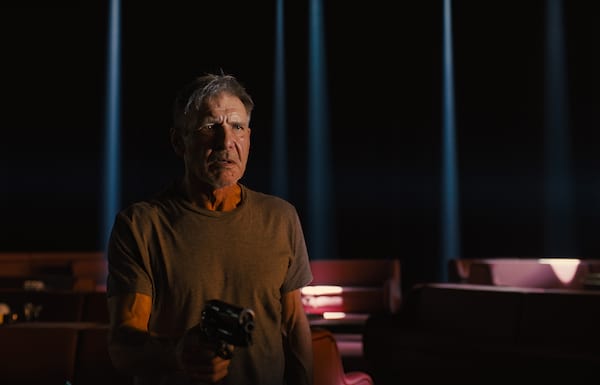 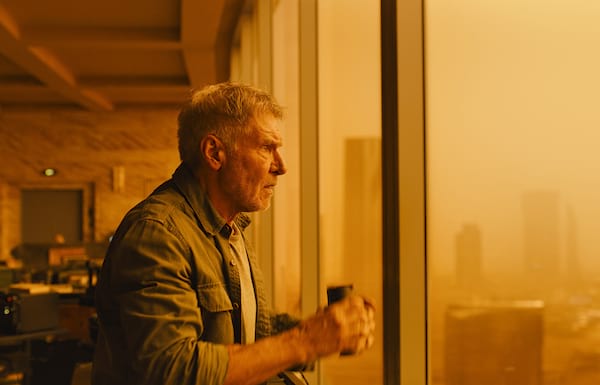 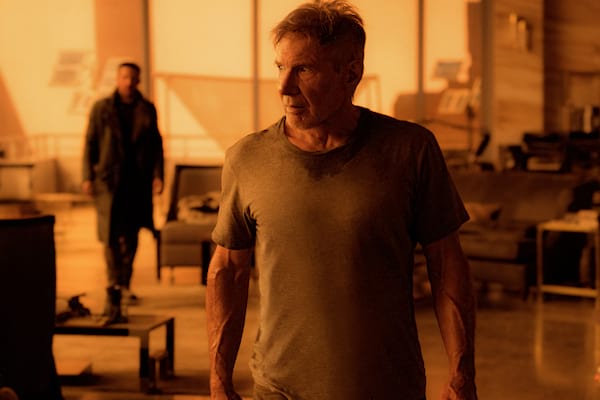 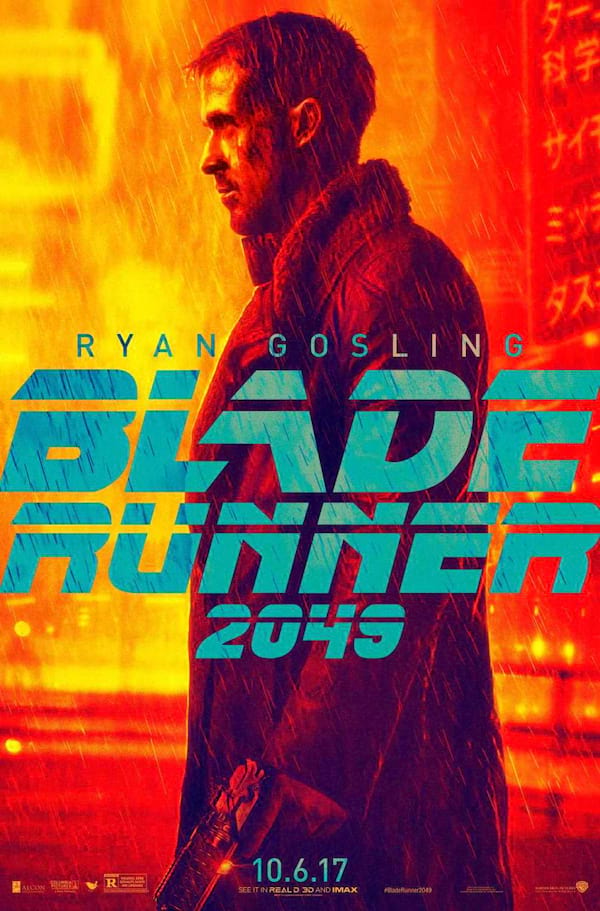 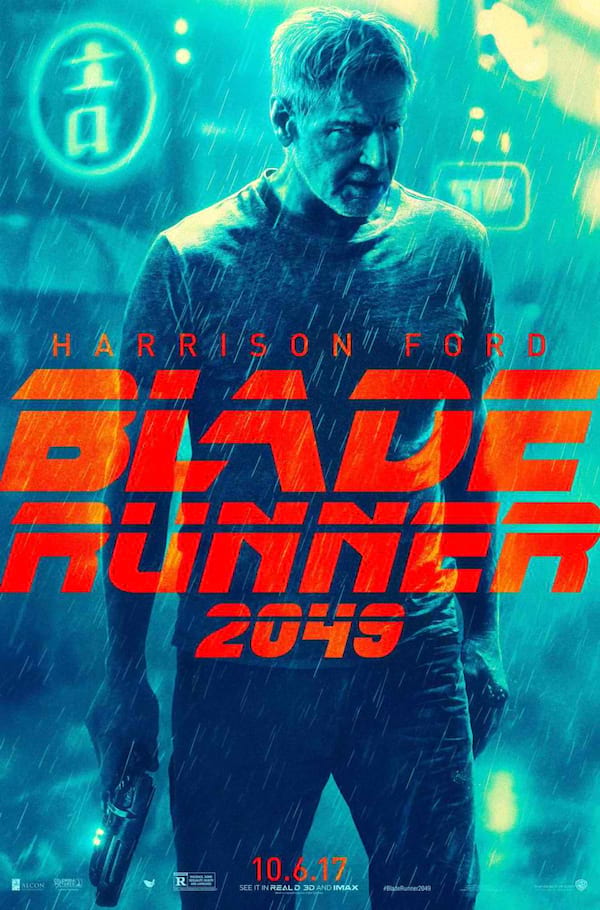