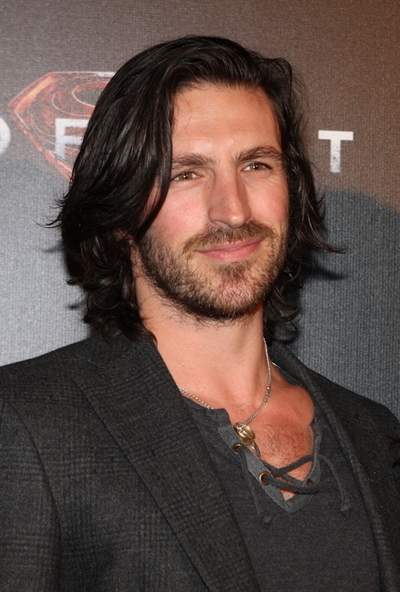 Macken has modelled for Abercrombie and Fitch, Ralph Lauren, and GQ, and has appeared in films such as The Callback Queen, Studs, and Centurion.

He has also appeared on television in series such as RTÉ's Fair City as Gavin Cluxton and in BBC series Merlin as Sir Gwaine. In addition, Macken has directed several feature films: Christian Blake in 2008, Dreaming For You, The Inside and Cold. Macken also directed the documentary The Fashion of Modelling. He currently stars in the NBC series The Night Shift as TC Callahan.

Macken was born in Dublin, he began his modelling and acting career at University College Dublin's Fashion Show in 2002 and 2003, after which he joined the model agency Morgan the Agency  and was selected as the face of the Abercrombie and Fitch 2003 campaign. He has also modelled for Ralph Lauren and GQ, and was the face of the 2008 Braun campaign. He has a younger sister : Freya; two half-brothers : Joshua (born 1996) and Rhys (born 1999) and a half-sister : Jane (born 2002).

His first major film role was in Studs in 2005, which starred Brendan Gleeson and Emmett J. Scanlan. He went on to play leading roles in indie films Triple Bill and Rise of the Bricks, before moving to Los Angeles to train with acting coach Vincent Chase, once he had completed his honours degree in Psychology.

After the death of his father in 2007, Macken took a break from acting. He returned to performing the following year in the role of drug dealer Gavin Cluxton in Fair City. He played the part for more than four months and also appeared live on the show Fair City Sings, where he performed the song "Hallelujah".

Macken wrote and edited his debut feature film Christian Blake, which premiered at the Mid Ulster Film Festival 2008, before playing in the 2008 Galway Film Fleadh. It was released on 19 May 2009 with Celebrity Distribution and the sales company Around The Scenes Inc.

He co-wrote and directed the song and video for Una Healy's song "Don't Leave Me Alone". It was the title track for the no-budget indie film, for which Healy wrote much of the sound track.

In 2008 he wrote, directed, and acted in his second feature film, Dreaming For You. The film featured a soundtrack composed by Dublin band, The Evora. The film was selected for the 2007 Los Angeles Short Film Festival and for the 2009 Galway Film Fleadh.

In 2009 and 2010, Macken had roles in BBC drama Small Island, playing an American soldier named Calhoon, Neil Marshall's film Centurion opposite Michael Fassbender and Liam Cunningham, and the second series of RTÉ's Raw. He appeared in Storyland, as well as Lee Cronin's film Through The Night opposite Nora Jane Noone, and Siren opposite Anna Skellern.

Macken directed an hour-length documentary on the Irish fashion industry The Fashion of Modelling which screened on RTÉ 2 on 24 May 2009.

Between 2010-12, Macken played the recurring character of Gwaine (loosely based on the image of Gawain) in the BBC One TV series Merlin. He appeared in four episodes of the third series and all episodes of the fourth and fifth.

In October 2012 Macken completed shooting for Leopard a feature film released in 2013, was written and directed by Macken, and he stars in the film alongside former co-star, Tom Hopper. The plot centres around two disconnected English brothers who are outcasts in a small village in the west of Ireland. Drawn back together by the unexpected death of their father, they are immediately at odds with each other until they find a girl dumped in the moors. The film was partially crowdfunded through an Indiegogo campaign.