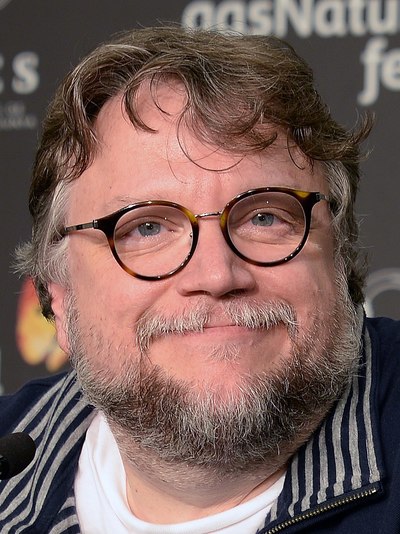 Del Toro's work is characterised by a strong connection to fairy tales and horror, with an effort to infuse visual or poetic beauty. He has had a lifelong fascination with monsters, which he considers symbols of great power.

Del Toro is known for his use of insectile and religious imagery, the themes of Catholicism and celebrating imperfection, underworld and clockwork motifs, practical special effects, dominant amber lighting, and his frequent collaborations with actors Ron Perlman and Doug Jones. He is friends with fellow Mexican filmmakers Alfonso Cuarón and Alejandro G. Iñárritu, collectively known as "The Three Amigos of Cinema."

Del Toro was born in Guadalajara, Jalisco, Mexico, the son of Guadalupe Gómez and Federico del Toro Torres, an automotive entrepreneur. He was raised in a strict Catholic household. Del Toro studied at the Centro de Investigación y Estudios Cinematográficos, at the University of Guadalajara.

When del Toro was about eight years old, he began experimenting with his father's Super 8 camera, making short films with Planet of the Apes toys and other objects. One short focused on a "serial killer potato" with ambitions of world domination; it murdered del Toro's mother and brothers before stepping outside and being crushed by a car. Del Toro made about 10 short films before his first feature, including one titled Matilde, but only the last two, Doña Lupe and Geometria, have been made available. He wrote four episodes and directed five episodes of the cult series La Hora Marcada, along with other Mexican filmmakers such as Emmanuel Lubezki and Alfonso Cuarón.

In 1997, at the age of 33, Guillermo was given a $30 million budget from Miramax Films to shoot another film, Mimic. He was ultimately unhappy with the way Miramax had treated him during production, which led to his friend James Cameron almost coming to blows with Miramax co-founder and owner Harvey Weinstein during the 70th Academy Awards.

Del Toro has directed a wide variety of films, from comic book adaptations (Blade II, Hellboy) to historical fantasy and horror films, two of which are set in Spain in the context of the Spanish Civil War under the authoritarian rule of Francisco Franco. These two films, The Devil's Backbone and Pan's Labyrinth, are among his most critically acclaimed works. They share similar settings, protagonists and themes with the 1973 Spanish film The Spirit of the Beehive, widely considered to be the finest Spanish film of the 1970s.

Del Toro views the horror genre as inherently political, explaining, "Much like fairy tales, there are two facets of horror. One is pro-institution, which is the most reprehensible type of fairy tale: Don't wander into the woods, and always obey your parents. The other type of fairy tale is completely anarchic and antiestablishment."

He is close friends with two other prominent and critically praised Mexican filmmakers Alfonso Cuarón and Alejandro González Iñárritu. The three often influence each other's directorial decisions, and have been interviewed together by Charlie Rose. Cuarón was one of the producers of Pan's Labyrinth, while Iñárritu assisted in editing the film. The three filmmakers, referred to as the "Three Amigos" founded the production company Cha Cha Cha Films, whose first release was 2008's Rudo y Cursi.

Del Toro has also contributed to the web series Trailers From Hell.

In April 2008, del Toro was hired by Peter Jackson to direct the live-action film adaptation of J. R. R. Tolkien's The Hobbit. On May 30, 2010, del Toro left the project due to extended delays brought on by MGM's financial troubles. Although he did not direct the films, he is credited as co-writer in An Unexpected Journey, The Desolation of Smaug and The Battle of the Five Armies.

On December 1, 2008, del Toro expressed interest in a stop-motion remake to Roald Dahl's novel The Witches, collaborating with Alfonso Cuarón. However, no update of this project has been made since the announcement.

On June 2, 2009, del Toro's first novel, The Strain, was released. It is the first part of an apocalyptic vampire trilogy co-authored by del Toro and Chuck Hogan. The second volume, The Fall, was released on September 21, 2010. The final installment, The Night Eternal, followed in October 2011. Del Toro cites writings of Antoine Augustin Calmet, Montague Summers and Bernhardt J. Hurwood among his favourites in the non-literary form about vampires.

On December 9, 2010, del Toro launched Mirada Studios with his long-time cinematographer Guillermo Navarro, director Mathew Cullen and executive producer Javier Jimenez. Mirada was formed in Los Angeles, California to be a collaborative space where they and other filmmakers can work with Mirada's artists to create and produce projects that span digital production and content for film, television, advertising, interactive and other media. Mirada launched as a sister company to production company Motion Theory.

Del Toro directed Pacific Rim, a science fiction film based on a screenplay by del Toro and Travis Beacham. In the film, giant monsters rise from the Pacific Ocean and attack major cities, leading humans to retaliate with gigantic mecha suits called Jaegers. Del Toro commented, "This is my most un-modest film, this has everything. The scale is enormous and I'm just a big kid having fun." The film was released on July 12, 2013 and grossed $411 million at the box office.

Del Toro directed "Night Zero", the pilot episode of The Strain, a vampire horror television series based on the novel trilogy of the same name by del Toro and Chuck Hogan. FX has commissioned the pilot episode, which del Toro scripted with Hogan and was filmed in Toronto in September 2013. FX ordered a thirteen-episode first season for the series on November 19, 2013, and series premiered on July 13, 2014.

After The Strain's pilot episode, del Toro directed Crimson Peak, a gothic horror film he co-wrote with Matthew Robbins and Lucinda Cox. Del Toro has described the film as "a very set-oriented, classical but at the same time modern take on the ghost story", citing The Omen, The Exorcist and The Shining as influences. Del Toro also stated, "I think people are getting used to horror subjects done as found footage or B-value budgets. I wanted this to feel like a throwback." Jessica Chastain, Tom Hiddleston, Mia Wasikowska, and Charlie Hunnam starred in the film. Production began February 2014 in Toronto, with an April 2015 release date initially planned. The studio later pushed the date back to October 2015, to coincide with the Halloween season.

He was selected to be on the jury for the main competition section of the 2015 Cannes Film Festival.

At the D23 Expo in 2009, his Double Dare You production company and Disney announced a production deal for a line of darker animated films. The label was announced with one original animated project, Trollhunters. However, del Toro moved his deal to DreamWorks in late 2010. Trollhunters was released to great acclaim on Netflix and "is tracking to be its most-watched kids original ever".

In 2017, Del Toro had an exhibition of work at the Minneapolis Institute of Art titled Guillermo del Toro: At Home with Monsters, featuring his collection of paintings, drawings, maquettes, artifacts, and concept film art.  The exhibition ran from March 5, 2017 - May 28, 2017.

He was married to Lorenza Newton, cousin of Mexican singer Guadalupe Pineda. They have two daughters, Marisa and Mariana. He started dating Lorenza when both were studying at the Instituto de Ciencias in Guadalajara. Del Toro and Newton separated in early 2017, and divorced in September of the same year. He maintains residences in Toronto and Los Angeles, and returns to Guadalajara every six weeks to visit his family.

He also owns two separate houses exclusively to house his books, poster artwork and other belongings pertaining to his work, explaining, "As a kid, I dreamed of having a house with secret passages and a room where it rained 24 hours a day. The point of being over 40 is to fulfill the desires you've been harboring since you were 7."

In 2010, del Toro revealed that he was a fan of video games, describing them as "the comic books of our time" and "a medium that gains no respect among the intelligentsia". He has stated that he considers Ico and Shadow of the Colossus to be masterpieces.

He has cited Gadget Invention, Travel, & Adventure, Cosmology of Kyoto, Asteroids and Galaga as his favorite games. He was also co-director of the video game P.T. along with Hideo Kojima.

Del Toro's favorite film monsters are Frankenstein's monster, the Alien, Gill-man, Godzilla, and the Thing. Frankenstein in particular has a special meaning for him, in both film and literature, as he claims he has a "Frankenstein fetish to a degree that is unhealthy," and that it's "the most important book of my life, so you know if I get to it, whenever I get to it, it will be the right way". He has Brazil, Nosferatu, Freaks and Bram Stoker's Dracula listed among his favourite movies.

Del Toro is also highly interested in Victorian culture. He said: "I have a room of my library at home called ‘The Dickens room’. It has every work by Charles Dickens, Wilkie Collins and many other Victorian novelists, plus hundreds of works about Victorian London and its customs, etiquette, architecture. I’m a Jack The Ripper aficionado, too. My museum-slash-home has a huge amount of Ripperology in it". 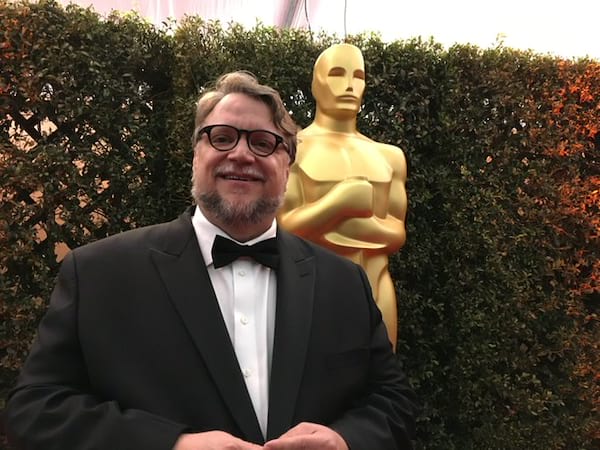 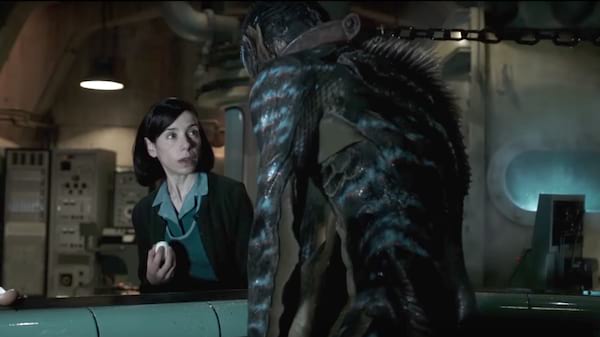