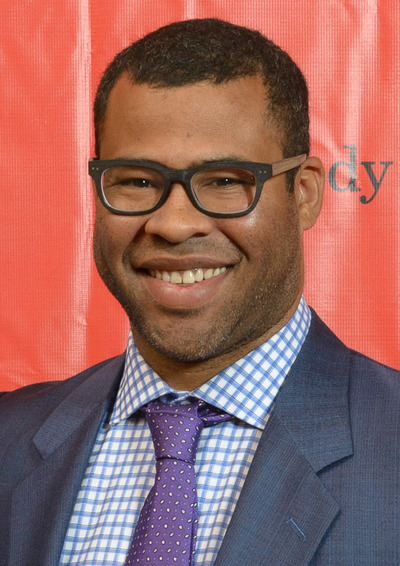 After appearing for five seasons as a cast member on the sketch series Mad TV (2003–08), Peele co-created and co-starred with Keegan-Michael Key in the Comedy Central sketch comedy series Key & Peele (2012–15). In 2014, he had a recurring role in the FX anthology series Fargo. Peele also co-created the TBS comedy series The Last O.G. (2018–present) and the YouTube Premium comedy series Weird City (2019–present). He will host, narrate and produce the CBS All Access anthology series The Twilight Zone (2019–present).

In film, Peele has starred in the comedy films Wanderlust (2012), Keanu (2016), Storks (2016), and Toy Story 4 (2019). Peele's 2017 directorial debut, the horror film Get Out, earned critical acclaim and was a box office success. He received numerous accolades, including the Academy Award for Best Original Screenplay, along with nominations for Best Picture and Best Director. Peele received his second nomination for the Academy Award for Best Picture for producing Spike Lee's BlacKkKlansman (2018). He then wrote, produced and directed the horror film Us (2019).

Peele was born in New York City, and raised by his single mother, Lucinda Williams, on Manhattan's Upper West Side. His mother is white and his father is black. He attended the Computer School in Manhattan, graduated from The Calhoun School on Manhattan's Upper West Side, and went on to Sarah Lawrence College before dropping out after two years to form a comedy duo with his college roommate and future Key & Peele comedy writer Rebecca Drysdale.

In 2003, Peele joined the cast of Mad TV for its ninth season. Around the time Keegan-Michael Key joined the cast as a featured performer, it was assumed that Key would be chosen over Peele. The two of them ultimately were cast together after showing great comedic chemistry. Peele performed celebrity impersonations, which included favorites Caroll Spinney (as the voice of Big Bird from Sesame Street), Ja Rule, James Brown, Flavor Flav, Justin Guarini, Montel Williams, Morgan Freeman, Timbaland, and Forest Whitaker. Peele was absent from the first four episodes of his second season on Mad TV. He made a cameo in "Weird Al" Yankovic's video "White & Nerdy" with Mad TV co-star Keegan-Michael Key.

Peele was nominated for a 2008 Emmy Award for his song "Sad Fitty Cent", a music video parody about 50 Cent lamenting over his rivalry with Kanye West. The lyrics were, according to the music video, written by Peele, and he was involved in arranging its music. In 2009 he appeared in Little Fockers.

Peele appeared in a viral video titled "Hillary vs Obama" (which was shown as a Mad TV sketch) where he and a Hillary Clinton supporter (played by short-term cast member Lisa Donovan) argue over whether Hillary Clinton or Barack Obama would make a better president, only to get upstaged by a Rudy Giuliani supporter (played by Donovan's brother, Ben).

Peele auditioned to be a castmember for Saturday Night Live when SNL producers were looking for someone to play Barack Obama (around the time when SNL and Mad TV — and other scripted shows — were put on hiatus due to the 2007–2008 Writers Guild of America strike). Peele remained at Mad TV and the role went to Fred Armisen until September 2012, when Jay Pharoah took over the role.

After five seasons on Mad TV, Peele left the cast at the end of the 13th season.

In 2010, Peele co-starred in the FOX comedy pilot The Station, and appeared with a recurring role in the Adult Swim series Childrens Hospital. He had a supporting role in the David Wain-directed comedy Wanderlust, which was released in 2012.

Peele and his former Mad TV castmate and friend Keegan-Michael Key starred in their own Comedy Central sketch series Key & Peele, from 2012 to 2015. The series was a success with viewers, and spawned several skits and videos that went viral online.

In 2014, Peele played an FBI agent in the first season of the FX anthology series Fargo, based on the 1996 film of the same name.

In 2016, Peele starred in and produced, with Key, their first feature film Keanu. The film received generally favorable reviews from critics.

2017–present: Get Out, BlacKkKlansman, and Us

In February 2017, Peele's first film as solo director, Get Out, was released to critical acclaim, eventually scoring a 99% rating on Rotten Tomatoes. The film received particular praise for Peele's screenplay and direction, as well as the performance of its lead, Daniel Kaluuya, and was chosen by the National Board of Review, the American Film Institute, and Time magazine as one of the top 10 films of the year. The Atlantic called the film "a masterpiece."

Get Out proved to be popular with movie audiences, and it eventually became one of the most profitable horror films, and films of 2017, and grossed over $255 million on a budget of $4.5 million. For his work on the film, Peele received significant attention, as well as numerous accolades, including the Bingham Ray Breakthrough Director Award at the 2017 Gotham Independent Film Awards.

In early 2018 Peele announced his intention to retire from acting, stating in an interview with CBS "Acting is just nowhere near as fun for me as directing".

Also in 2018, Peele co-produced the Spike Lee film, BlacKkKlansman which was released to critical acclaim and was a box office success. The film received six nominations at the 91st Academy Awards including the Best Picture nomination for Peele.

On June 28, 2018, it was announced that YouTube Premium will release Weird City, which is co-created by Peele and Charlie Sanders. The show was released in February 13, 2019 to critical acclaim.

Peele wrote, produced and directed Us, a horror-thriller film starring Lupita Nyong'o, Winston Duke, Elisabeth Moss, and Tim Heidecker. After having its world premiere on March 8, the film is set to be released in the United States on March 22, 2019 by Universal Pictures, Blumhouse Productions, Monkeypaw Productions, and QC Entertainment.

On November 3, 2015, it was reported that Henry Selick is developing Wendell and Wild, a new stop-motion feature with Jordan Peele and Keegan-Michael Key based on an original story by Selick. In March 2018, the film was picked up by Netflix.

There have been developments of several films based on Peele's sketch comedy series Key & Peele. In March 2015, it was announced that Key will reprise the role of Mr. Garvey in a feature-length film Substitute Teacher with Peele portraying a rival teacher. In March 2017 in a Reddit AMA, Peele expressed interest in developing a film around his Key & Peele character Wendell Sanders based on the music video "The Power of Wings". The film, titled Wendell Meets Middle-Earth, would follow Wendell's existence in the fantasy world that he likes to see his life in.

Peele will produce the HBO series Lovecraft Country written by Underground co-creator Misha Green. Peele developed and is narrator for the science fiction web television series The Twilight Zone, the third revival of the original 1959-64 anthology series that aired on CBS, for CBS All Access. The show will premiere on April 1, 2019, with Peele, Simon Kinberg and Marco Ramirez as executive producers.

On April 5, 2018, it was announced that Amazon Video had given a series order to Lorena consisting of four episodes. The series is set to be directed by Joshua Rofé who will also executive produce alongside Peele, Win Rosenfeld, Steven J. Berger, Jenna Santoianni, and Tom Lesinski. Production companies involved with the series include Monkeypaw Productions, Sonar Entertainment, and Number 19. In May 2018, Amazon also ordered a 10 episode series about hunting down Nazis called The Hunt, which is produced by Peele.

In September 2018, it was announced Peele was in talks to produce a remake of Candyman, through his Monkeypaw Productions, of which Candyman star Tony Todd stated in a 2018 interview with Nightmare on Film Street, "I’d rather have him do it, someone with intelligence, who’s going to be thoughtful and dig into the whole racial makeup of who Candyman is and why he existed in the first place." In November 2018, it was confirmed that Peele will produce the film with Universal and MGM and will partner with Win Rosenfeld to co-produce the film, while Nia DaCosta will sign on as director. The new Candyman will serve as a "spiritual sequel", taking place back in the new gentrified Cabrini Green, where the old housing projects development once stood in Chicago. Filming will start in the spring of 2019, and there is no word as of yet who is starring in the film. The theatrical release is set for June 12, 2020.

In February 2017, Peele curated the Brooklyn Academy of Music film series "The Art of the Social Thriller", comprising 12 films that inspired the making of Get Out, including the horror films Rosemary's Baby, Night of the Living Dead, The Shining, Candyman, The People Under the Stairs, Scream, The Silence of the Lambs, Funny Games, Misery, and the thrillers Rear Window, The 'Burbs, and the 1967 racial comedy-drama Guess Who's Coming to Dinner.

As a comedian, Peele counts among his influences In Living Color, Richard Pryor and Dave Chappelle.

Peele began dating Chelsea Peretti in 2013. They became engaged in November 2015, and, in April 2016, Peretti announced that she and Peele had secretly married on an unspecified date. On July 1, 2017, Peretti gave birth to their son, Beaumont Gino. 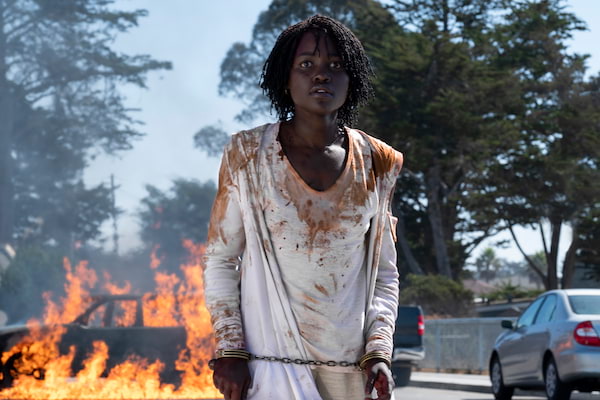 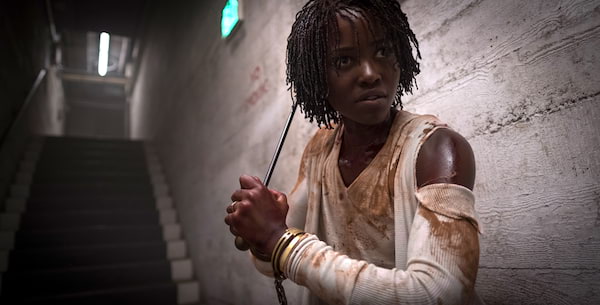