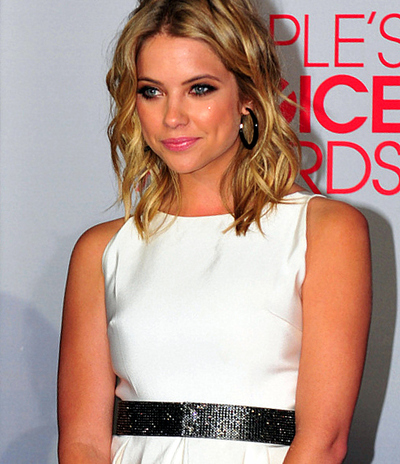 Ashley Victoria Benson (born December 18, 1989) is an American actress and model, known for her role as Hanna Marin on the mystery-thriller television series Pretty Little Liars. She has also portrayed Abigail Deveraux on the NBC soap opera Days of Our Lives, Mia Torcoletti on the supernatural television series Eastwick, and Brit in the 2012 crime thriller film Spring Breakers.

Ashley Victoria Benson was born and raised in Anaheim Hills, Anaheim, California, the daughter of Shannon (née Harte) and Jeff Benson. She has an older sister, Shaylene. She started dancing competitively in ballet, jazz, hip hop, and lyrical at age four. She also enjoys singing, and has appeared in several musicals. At age four, she was asked to audition to sing solo at four Christmas services at her church. At five, she modeled in dance catalogs, and at age eight, she began modeling under The Ford Modeling Agency in print advertisements. She also appeared in a Lil' Romeo music video as a schoolgirl in 2002. She made a brief appearance in the Zoey 101 episode "Quinn's Date" in March 2005. She has also appeared in the music videos for NLT's "That Girl", One Call's "BlackLight", and Hot Chelle Rae's "Honestly".

Career beginnings and Days of our Lives

In 1999, Benson started pursuing an acting career. She began working and appearing in a number of commercials, but quickly made the transition into film and television acting. In 2004, Benson signed a three-year contract with the NBC daytime soap opera Days of Our Lives, and on November 12, 2004 began her role as Abigail "Abby" Deveraux, the oldest child of supercouple Jack Deveraux and Jennifer Horton, until May 2, 2007. She explained that, because of the number of episodes filmed a day, "you can't really mess up; you have to know all of your lines", and that she did not get a break from work.

She played a witch disguised as a cheerleader in a 2008 episode of the CW series Supernatural. In films, she was one of the Six Chicks in 13 Going on 30 (2004), and appeared as Carson in Bring It On: In It to Win It (2007), the fourth installment of the Bring It On franchise. To land the lead role, she had to end her contract with Days of our Lives:

"I got off it, I mean I had talked with the producers about doing this film, and they weren't going to let me do it... I had just passed up so many opportunities where I could have done a film. So this big thing just came up, and I ended up getting to do this. I'm happier that I got off the soap though. I mean I give all my credit to them, because I have learned so much from being on soap operas and working with amazing actors who've been on there for like thirty, forty years. It was an honor to work with them. It's definitely given me all my background. But getting off the soap opera helped me a lot too, because I can move on to bigger and better things. So I am definitely thankful I got to be on a soap opera though."

She recalled working on a movie set instead of a soap opera set "definitely weird", because she would spend days working on one or two scenes, whereas on the Days of our Lives set, she filmed two or three episodes a day. For Bring It On: In It to Win It, she had to attend cheerleading practice, which was "hard for [her], because [she is] afraid of heights." Nonetheless, she was "glad" to do her own stunts, even though she "wasn't expecting for it to be so hard."

In 2008, she appeared in the Lifetime original film Fab Five: The Texas Cheerleader Scandal, where she played head cheerleader Brooke of the Fab Five, which is based on a true story which took place at McKinney North High School in Texas. She "loved" working with her onscreen mother Tatum O'Neal, from whom she learned about acting. Furthermore, she was excited to land a supporting role in Bart Got a Room, which aired mainly on film festivals in 2008 before having a limited release in 2009, because it allowed her to work with William H. Macy.

Benson starred in ABC's 2009 television series Eastwick. The show was based on John Updike's novel, The Witches of Eastwick, and the 1987 film adaption of the same name. Her character, Mia, was the teen-aged daughter of Roxie Torcoletti (Rebecca Romijn). The series was short-lived and only lasted thirteen episodes before ABC cancelled the series due to low ratings but has since gained a cult following.

In December 2009, Benson was cast as Hanna Marin in the ABC Family mystery-thriller teen drama series Pretty Little Liars, based on the novel series by Sara Shepard. She is the "diva" and it-girl of the group, having taken Alison's place as the most popular girl at Rosewood High in Alison's absence. Prior to Alison's death, Hanna was a bulimic girl who Alison frequently mocked due to being overweight. Her parents divorced, Hanna lives with her mother. The series premiered to 2.47 million viewers with Benson's performance being praised by critics. In 2010, Benson starred in the television film Christmas Cupid with Christina Milian and Chad Michael Murray, which also aired on ABC Family. 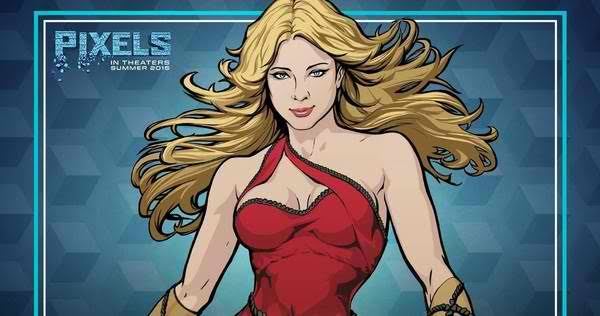 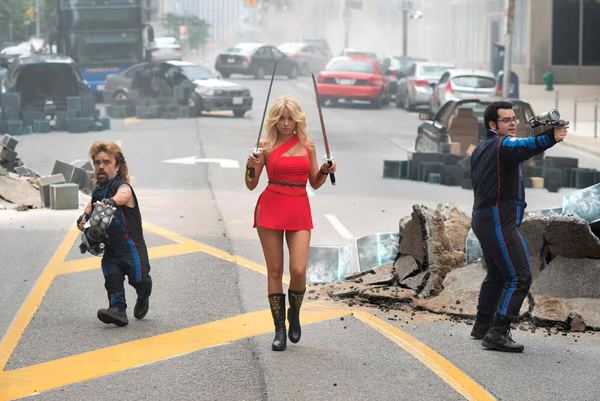 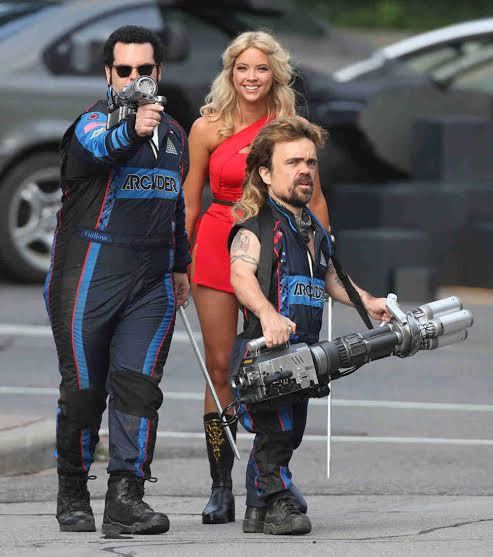