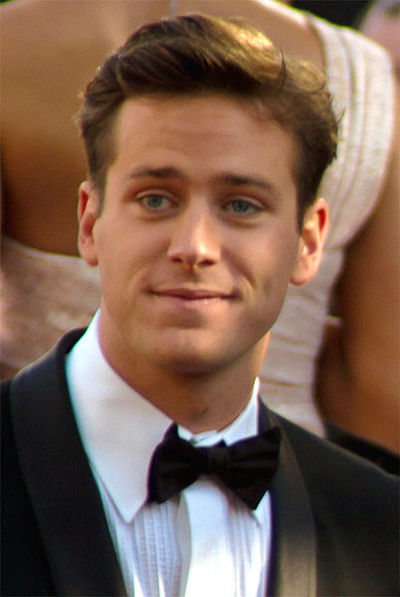 Armand Douglas "Armie" Hammer (born August 28, 1986) is an American actor. He is known for his portrayal of the lead character in the 2013 feature film The Lone Ranger, the Winklevoss twins in the 2010 film The Social Network, Clyde Tolson in J. Edgar (2011) and Prince Andrew Alcott in Mirror Mirror (2012).

Hammer was born in Los Angeles, California. His mother, Dru Ann (née Mobley), is a former bank loan officer, and his father, Michael Armand Hammer, owns several businesses, including Knoedler Publishing and Armand Hammer Productions (a film/television production company). Armie is the elder of two sons; he has a younger brother, Viktor.

Hammer's paternal great-grandfather was oil tycoon and philanthropist Armand Hammer, the son of Russian Jewish immigrants; Armand's father, Julius Hammer, who was from Odessa, "founded the Communist Party in New York." Armie's paternal great-grandmother was Russian-born actress and singer Olga Vadimovna Vadina (aka Von Root), the daughter of a tsarist general. His paternal grandmother was from Texas, while his mother's family is from Tulsa, Oklahoma. Armie has described his background as "half Jewish". In 2013, genealogical research by staff members of Ancestry.com stated that one of his eight times great-grandfathers was Cherokee chief Kanagatucko.

Hammer lived in the Dallas enclave of Highland Park for several years. When he was seven, his family moved to the Cayman Islands, where they lived for five years, and then settled back in Los Angeles. He attended Faulkner's Academy in Governor's Harbour, Grace Christian Academy in the Cayman Islands (a school founded by his father), and later went to Los Angeles Baptist High School in the San Fernando Valley. He dropped out of high school in eleventh grade to pursue an acting career. Subsequently, he took college courses.

After appearing in the television series Veronica Mars, Gossip Girl, Reaper and Desperate Housewives, Hammer played the Christian evangelist Billy Graham in Billy: The Early Years, which premiered in October 2008. The film garnered Hammer a “Faith and Values Award” nomination in the Grace Award category, which is awarded for the Most Inspiring Performance in Movie or Television by Mediaguide, an organization which provides movie reviews from a Christian perspective. He played Harrison Bergeron in 2081, based on the short story "Harrison Bergeron" by author Kurt Vonnegut, which premiered at the Seattle International Film Festival.

In 2007, Hammer was hand-picked by filmmaker George Miller, after a long search, to star in Justice League: Mortal as Batman/Bruce Wayne. The film was to be directed by Miller, but Miller left the project.

In 2010, Hammer co-starred in David Fincher's The Social Network, about the creation of Facebook. He portrayed the identical twins Cameron and Tyler Winklevoss, with Josh Pence, using CGI. Hammer stated that he had to learn how to row on both sides of a boat in order to play the twins, who are rowing champions.

His next role was in Clint Eastwood's J. Edgar, a drama about J. Edgar Hoover. He co-starred with Julia Roberts and Lily Collins in Mirror Mirror (2012), playing Prince Andrew Alcott. In January 2012, he voiced the Winklevoss twins in an episode of The Simpsons titled "The D'oh-cial Network".

Hammer played the Lone Ranger, alongside Johnny Depp as Tonto, in the 2013 adaptation of the radio and film serials. In 2013, he was cast to star in director Guy Ritchie's film adaptation of the 1960s TV show The Man from U.N.C.L.E.

In a 2008 interview, Hammer stated, regarding his religious beliefs, "I have my own spiritual life, and I value it very much".

Hammer married television personality Elizabeth Chambers on May 22, 2010, and their wedding was featured in the January 2011 issue of Town & Country. The two were introduced by Hammer's friend, artist Tyler Ramsey. On December 1, 2014, Hammer and Chambers welcomed a baby girl, Harper.

In 2012, Hammer stated that "for all intents and purposes", his parents disowned him when he dropped out of high school and began acting, but are now supportive of him and proud of his work. 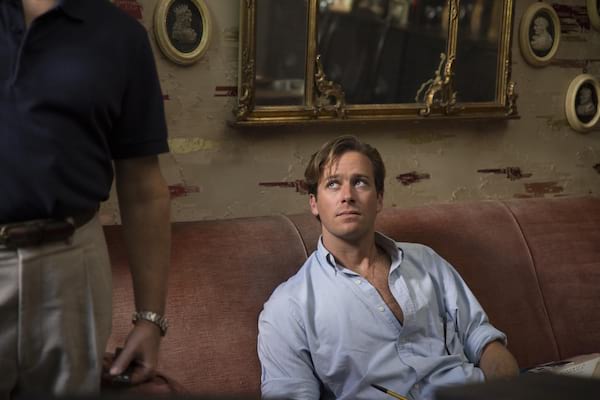 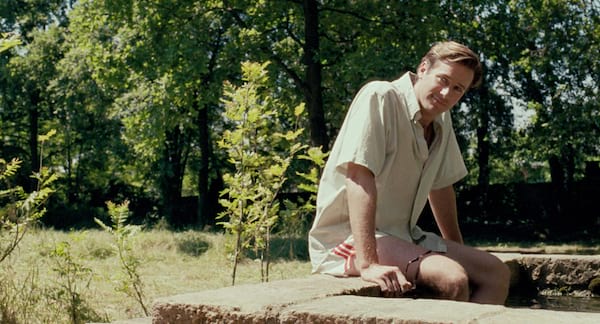 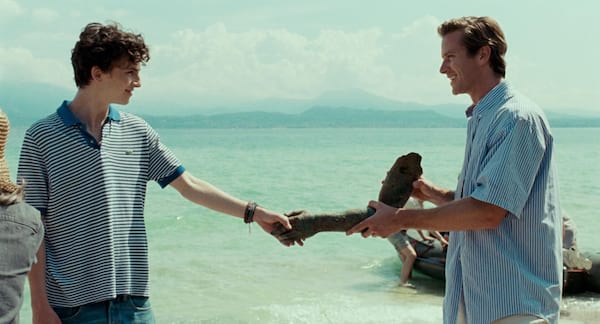 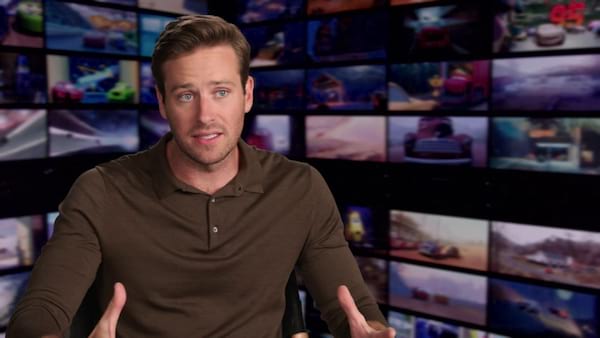 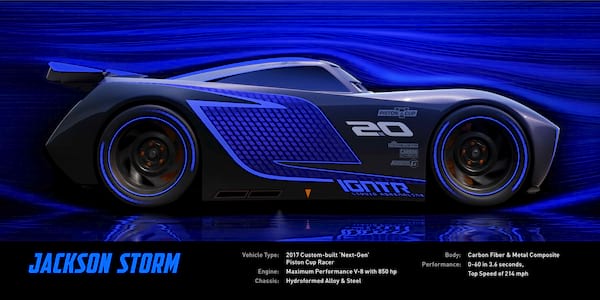 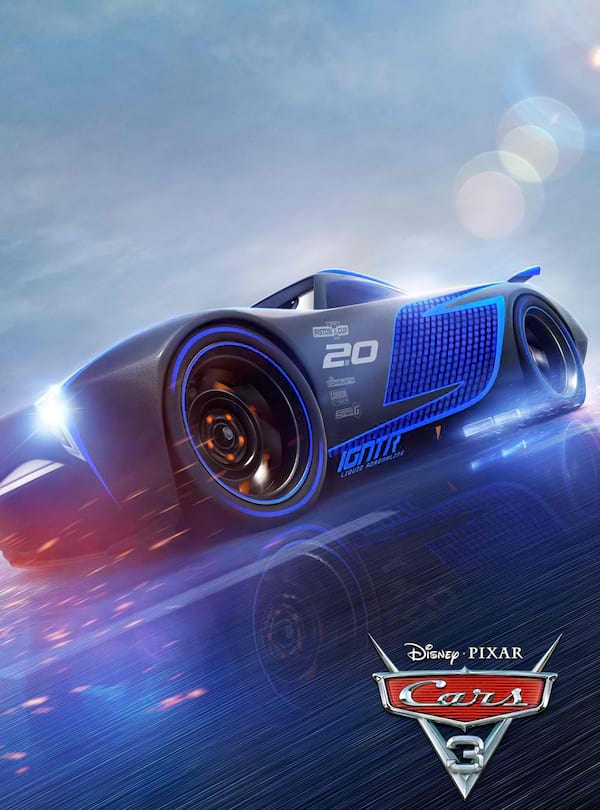 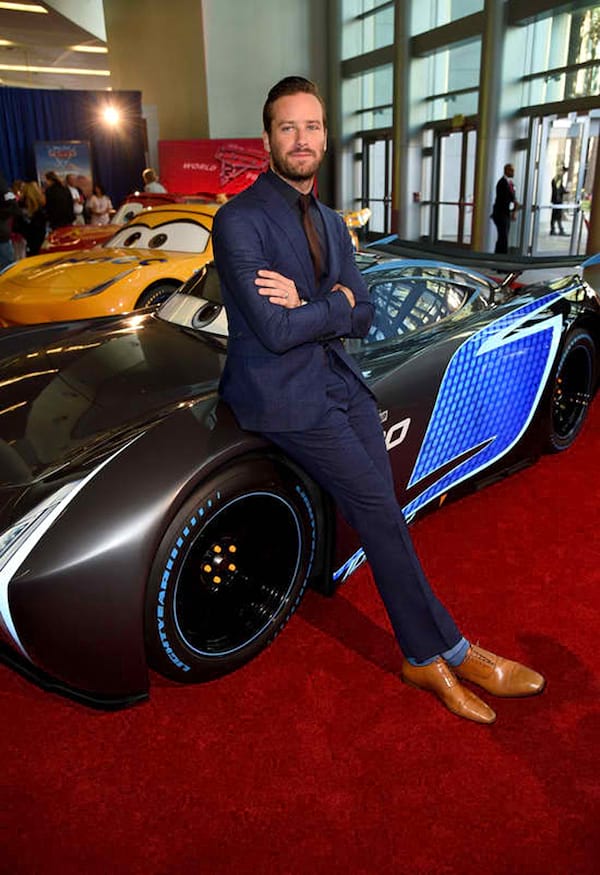 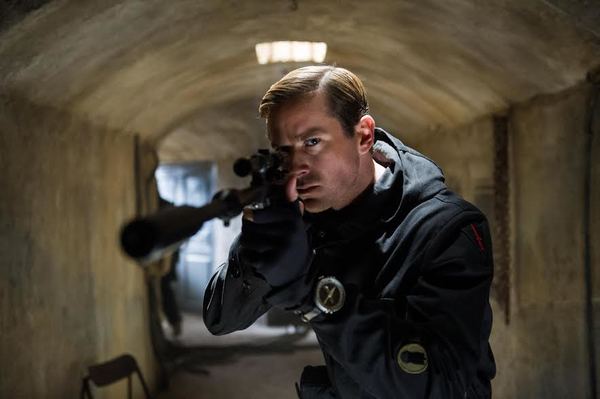 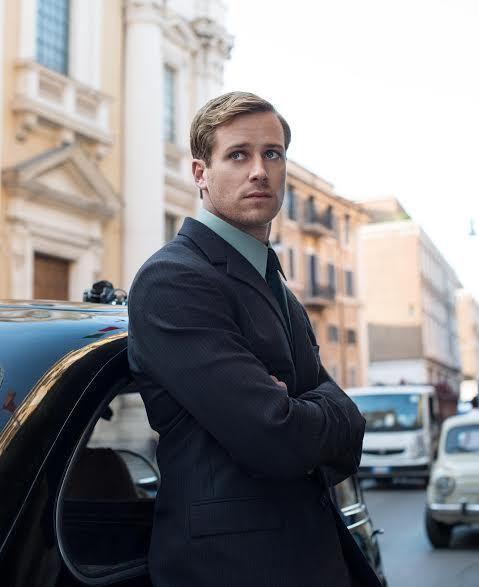 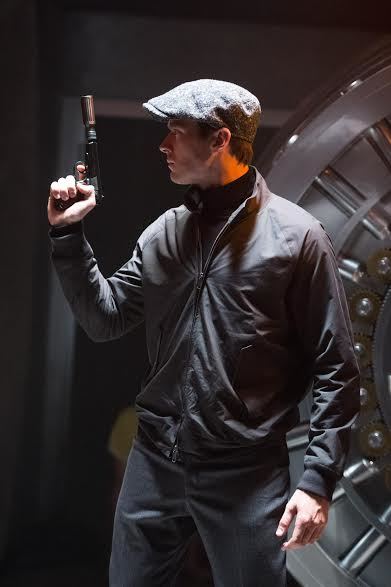 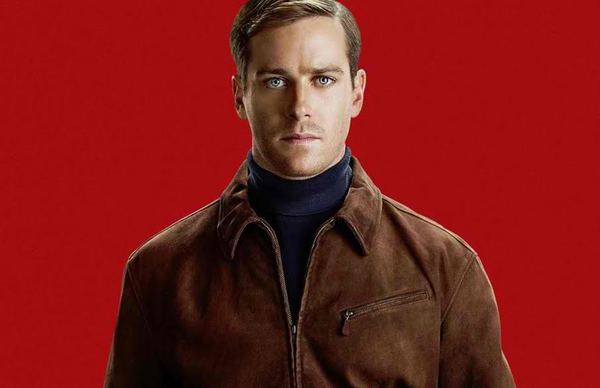