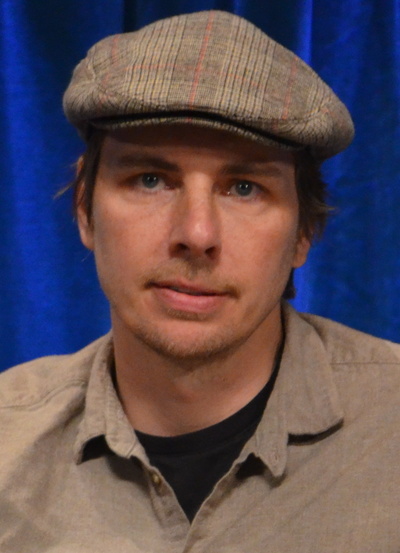 Dax Randall Shepard (born January 2, 1975) is an American actor, comedian, writer and director. He is best known for his work in the feature films Employee of the Month (2006), Without a Paddle (2004), Let's Go to Prison (2006), and Hit and Run (2012), the latter of which he also wrote and directed, and the MTV practical joke reality series Punk'd (2003). As of 2010, he portrays the character of Crosby Braverman in the NBC comedy-drama series Parenthood.

Shepard was born in Milford, Michigan in suburban Detroit, Michigan. He is the son of mother, Laura LaBo, who worked at General Motors, and father, Dave Robert Shepard, Sr. (deceased), who was a car salesman. His parents divorced when he was 3 years old.

Shepard's mother ended up growing a huge business by the time he was in high school. She worked car shows with traveling events at race tracks. She started as a janitor on the midnight shift at General Motors, then worked in fleet management at the proving grounds where all the cars in Milford are designed, then hosted hospitality days for all the GM family members, eventually moving into public relations at an ad agency. She went back to GM, ending up owning four shops that managed publicity events for magazine journalists. From the age of 14 to 28, Shepard worked for his mother on the road, going from racetrack to racetrack. For about 2 years, Shepard had a stepfather who was an engineer on the Corvette. Shepard's mother has been married four times -- Shepard said he's had three step-fathers.

According to Shepard, his mother named him for the rich playboy Dax (Diogenes Alejandro Xenos), in Harold Robbins' novel The Adventurers. He has an older brother, David Shepard Jr., who lives in Oregon, and a younger half-sister, Carly Hatter, whom he cast in his 2012 film Hit and Run.

Shepard said he wasn't interested in acting as a child, per se. He was a class clown in school and had a sense he was funny and wanted to do stand-up. Although he had a couple friends who did stand-up in Detroit, he was too scared. Shepard thought if he moved to California "that commitment would force him to do it."

After a year in Santa Barbara, California, Shepard moved to Los Angeles in 1996. He found out about The Groundlings improv troupe from a friend from Santa Barbara, Kareem Elseify, ended up auditioning (the first time he acted), and took classes while also attending UCLA. After about five years of classes, he got into the Sunday Company of The Groundlings—in a group that included Melissa McCarthy, Tate Taylor, Nat Faxon, Octavia Spencer.

From 2003 onwards, Shepard became known from his work in the improv Candid Camera-type show, Punk'd, with Ashton Kutcher. When the show had its 2012 revival, he continued to appear. Shepard said he auditioned for Punk'd and while doing the pilot became friendly with Kutcher, "who took him to his agency and said this guy was really talented and you have to sign him." He auditioned unsuccessfully for 10 years before he landed the role.

In 2004, Shepard starred in the comedy Without a Paddle, alongside Seth Green and Matthew Lillard. The film received negative reviews but was a commercial success, grossing $69,631,118 worldwide. In 2006, he appeared with Dane Cook and Jessica Simpson in the comedy Employee of the Month and in Mike Judge's film Idiocracy.

During the same time, Shepard began appearing in more films and landed his first main character role in Let's Go to Prison (2006), alongside Will Arnett and Chi McBride. He also had a main role in the 2008 comedy Baby Mama, starring opposite Tina Fey and Amy Poehler. Shepard wrote the script for the Paramount venture Get 'Em Wet, in which he again appeared with Arnett. In 2010, he wrote, directed and starred in the low-budget satirical mockumentary feature Brother's Justice; the film won an Audience Award at the 2010 Austin Film Festival. He also had a supporting role in the 2010 romantic comedy film When in Rome, which also starred his future wife Kristen Bell.

Shepard met wife Kristen Bell at the birthday party of a mutual friend; they began dating in late 2007. They married on October 17, 2013, at the Los Angeles County Clerk's office in Beverly Hills. They said that the wedding cost $142.

The couple have a daughter, Lincoln Bell Shepard, born in March 2013. In 2014, it was announced the couple is expecting a second child.