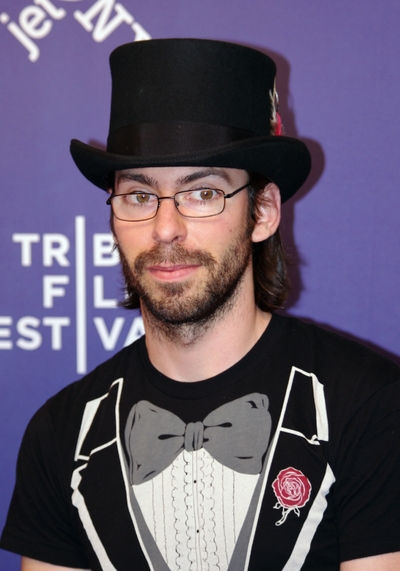 Martin Starr (born Martin James Pflieger Schienle; July 30, 1982) is an American actor, known for his television roles as Bill Haverchuck on the short-lived NBC comedy-drama Freaks and Geeks and Roman DeBeers on the Starz comedy series Party Down, as well as for his film roles for Knocked Up, Cheats, and Adventureland.

Starr was born in Santa Monica, California, the son of Jean St. James (née Pflieger), an actress, and Jim Schienle, an instructor at Pasco-Hernando Community College. His father is from Wisconsin and his mother is from Kansas. His ancestry includes German, Austrian, Czech, Polish, and British Isles.

After Freaks and Geeks, Starr had a number of guest appearances and one-time roles on shows such as Ed, Mysterious Ways, Providence, King of the Hill, and Normal, Ohio. He had a small recurring role during the third season of Roswell as the character Monk. In 2002, Starr appeared in the films Stealing Harvard and Cheats. He also reunited with both Freaks and Geeks producer Judd Apatow and Freaks and Geeks co-star Seth Rogen when he made a guest appearance on Apatow's situational comedy Undeclared in the episode "The Perfect Date". In 2005, he appeared in the miniseries Revelations, the CBS sitcom How I Met Your Mother and the Apatow-produced Kicking & Screaming. Starr's roles include Apatow's 2007 films Knocked Up and Superbad, as well as Good Dick (2008) and Adventureland (2009). He appeared in the films The Invention of Lying and A Good Old Fashioned Orgy and had a cameo appearance in The Incredible Hulk as a computer nerd college lab student. In 2012, he appeared in a music video for the song "Pop Culture" by Madeon, a French electro-house producer.