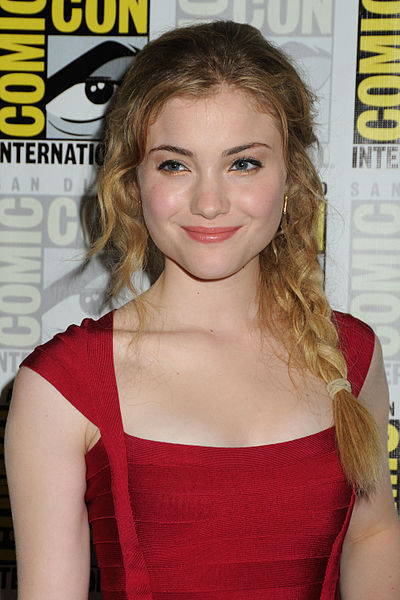 Skyler Rose Samuels is an American actress. She is known for her recurring role as Gertrude "Gigi" Hollingsworth in Wizards of Waverly Place on Disney Channel and for appearing in the feature films The Stepfather (2009), Furry Vengeance (2010), and The Duff (2015). She also starred in two series cancelled in their first season: the ABC series The Gates and as Andie Bates, the ABC Family series The Nine Lives of Chloe King, in which she played Chloe. She had a recurring role in the fourth season of FX series American Horror Story. She will be featured in a leading role in the upcoming horror comedy series Scream Queens.

Samuels is the daughter of Kathy, a producer for unscripted series, and Scott, a U.S. marshal. She has three brothers, Cody, Harrison, and Jack, and one sister, Heather.