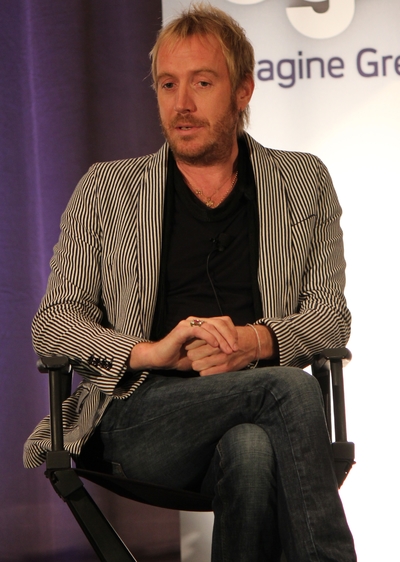 Rhys Ifans (born Rhys Owain Evans; 22 July 1967) is a Welsh actor and musician. He is known for his portrayal of characters such as Spike in Notting Hill and Jed Parry in Enduring Love and as a member of the Welsh rock groups Super Furry Animals and The Peth. Ifans also appeared as Xenophilius Lovegood in Harry Potter and the Deathly Hallows - Part 1, and as Dr. Curt Connors/The Lizard in The Amazing Spider-Man. He played Edward de Vere, 17th Earl of Oxford, in Anonymous. Ifans gained fame in the United States as the gambling footballer turned American football player Nigel Gruff in the 2000 film The Replacements.

Ifans was born in Haverfordwest, Pembrokeshire, Wales, in 1967, the son of Beti Wyn (née Davies), a nursery school teacher, and Eirwyn Evans, a primary school teacher. His first language is Welsh. Ifans grew up in Ruthin, North Wales, and received his primary education at Ysgol Pentrecelyn, before attending Ysgol Maes Garmon, a Welsh language secondary school in Mold, Flintshire, where he sat his O levels and A levels. He also attended youth acting schools at Theatr Clwyd, Mold and trained at the Guildhall School of Music and Drama.