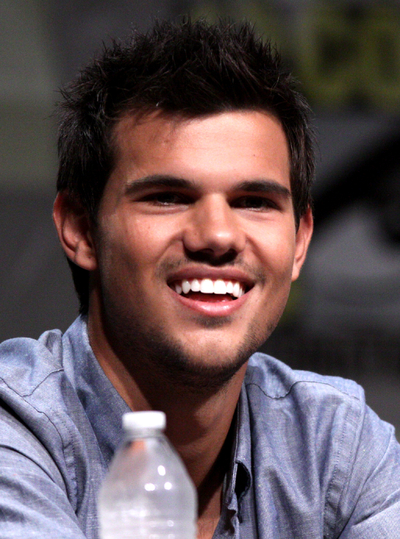 Taylor Daniel Lautner (born February 11, 1992) is an American actor, voice actor, model, and martial artist. Lautner is best known for playing Jacob Black in The Twilight Saga film series based on the novels of the same name by Stephenie Meyer.

As a child, Lautner took up martial arts in Holland, Michigan and was ranked number one in his category by the American Sports Karate Association. Lautner later began his acting career, appearing in bit roles in comedy series such as The Bernie Mac Show (2003) and My Wife and Kids (2004), before having voice roles in television series like What's New, Scooby-Doo? (2005) and Danny Phantom (2005). In 2005, he appeared in the film Cheaper by the Dozen 2 and starred in The Adventures of Sharkboy and Lavagirl in 3-D. He also starred in the 2011 action film Abduction.

The late 2000s saw Lautner become a teen idol and sex symbol, after extensively changing his physique to keep the role of Jacob Black in further Twilight installments, and generating media attention for his looks. In 2010, he was ranked second on Glamour's "The 50 Sexiest Men of 2010" list, and fourth on People's "Most Amazing Bodies" list. Also in the same year, Lautner was named the highest-paid teenage actor in Hollywood.

Lautner was born on February 11, 1992, in Grand Rapids, Michigan, to Deborah and Daniel Lautner. His mother works for a software development company, while his father is a Midwest Airlines pilot. He has one younger sister named Makena. Raised as a Roman Catholic, Lautner is of mixed German, French, and Dutch heritage, and has stated that he has "distant" Native American ancestry (specifically Ottawa and Potawatomi), through his mother. Lautner grew up in Hudsonville, Michigan, a town near Grand Rapids. Lautner stated that when he was younger he was bullied in school because he was an actor. He commented, "I just had to tell myself I can't let this get to me. This is what I love to do. And I'm going to continue doing it."

He took his first karate class at the age of six. A year later, he attended the national karate tournament in Louisville, Kentucky, where he met Michael Chaturantabut, the founder of Xtreme Martial Arts. Chaturantabut invited Lautner to a camp he held at University of California, Los Angeles. Lautner trained with Chaturantabut for several years, earning his black belt by the age of eight, and winning several junior world championships. He appeared in an ISKA karate event televised on ESPN in 2003 that was later lampooned on the sports-comedy show Cheap Seats that first aired in 2006.

In junior high, Lautner—who was involved in karate, baseball and hip-hop dance—won the award for "Best Smile" and played in the school's Turkey Bowl American Football game. He went to public school in Valencia until his sophomore year of high school.

Chaturantabut, who once portrayed the Blue Ranger in Power Rangers Lightspeed Rescue, suggested to Lautner that he take up acting. For a few years, the Lautners flew from Michigan to Los Angeles for auditions when his talent agency called, and returned to Grand Rapids for school sometimes the same day. Lautner balanced karate and acting with being on the football and baseball teams at his school, and taking up jazz and hip-hop dance. After that became tiring, Lautner and his family decided to move to California for a month, to try it out, before moving to Santa Clarita, California, permanently in 2002.

In his first months after moving to Los Angeles, Lautner appeared in small television roles, small film roles, and ads and commercials. In 2001, Lautner first appeared in the made-for-television film, Shadow Fury. He then got a voice-over job in a commercial for Rugrats Go Wild. He then appeared in small television roles on The Bernie Mac Show, My Wife and Kids, and Summerland. Lautner then earned voice-over roles in animated series such as Danny Phantom, Duck Dodgers, and What's New, Scooby-Doo?. The same year, he earned his first breakout role, starring in the film, The Adventures of Sharkboy and Lavagirl in 3-D. Lautner spent three months on location in Austin, Texas, to film the movie, which was received with negative reviews from critics, and was a minor international success. However, Lautner was nominated at the 2006 Young Artist Awards for Best Performance in a Feature Film by a Leading Actor. For the film, Lautner choreographed all of his fight scenes after director Robert Rodríguez learned of his extensive martial arts training. Months later, he played Eliot Murtaugh in Cheaper by the Dozen 2, which was panned by critics, being named one of the "Worst Films of the 2000s" by Rotten Tomatoes. After returning from Canada filming the latter movie, Lautner said he realized his newfound fame, from Sharkboy and Lavagirl. In 2008 he appeared in the show Love Inc. and the TV special He's a Bully, Charlie Brown. Two years later, Lautner appeared in a lead role in the short-lived NBC drama, My Own Worst Enemy, portraying Christian Slater's son, Jack Spivey. Rolling Stone coined his early roles as either "the popular kid, jock, or bully."

In 2007, filmmakers began a search for actors to portray Jacob Black, a Native American friend of lead character Bella Swan in Twilight, the first film in the The Twilight Saga film series. In January 2008, an open casting call was held in Portland, Oregon. Lautner had not heard of the Twilight series before, but was urged by his agent to audition. At his audition, he read lines with Kristen Stewart, who had already been cast as Bella, and they acted out scenes from The Twilight Saga: New Moon and The Twilight Saga: Eclipse. The film was a commercial success, earning $69 million its opening weekend, and has grossed $392 million worldwide. At the 2009 MTV Movie Awards, Lautner was nominated for Male Breakthrough Performance, which was won by co-star Robert Pattinson.

Publications such as GQ, Rolling Stone, and People have referred to Lautner as a sex symbol, with the latter publication calling the actor a future epitome of pop culture. He has been called the new young adult star that can "both woo the girls with his intensity and impress the boys with his rugged agility." According to Mickey Rapkin of GQ, the use of Lautner's physique in films has been compared to Megan Fox in her work. After his massive physical change following Twilight, Lautner became a tabloid teen idol with his co-stars Robert Pattinson and Kristen Stewart. Lautner, determined to stay in the series, worked out every day and gained over 30 pounds (14 kg) of muscle in order to bulk up for the role of Jacob Black in the remaining films in the The Twilight Saga. Michelle Lanz of MSN Wonderwall said that Lautner's change may have saved his career. Several critics credit Lautner's physical characteristics for much of the success of the Twilight series, with critic Sharon Waxman stating, "as a tabloid teen idol, he certainly deserves some credit for New Moon's $700 million worldwide gross." Lautner's abs in particular have been subject to media attention, with The Wrap stating that companies bidding for the actor in movies in 2011 would "shell out for the young actor's much-on-display though mostly untried abs." Mickey Rapkin of GQ said, "the film's marketing issues were solved when Lautner's "abdominal muscles became New Moon's main talking point, not to mention his calling card." He was named number one on Access Hollywood's "Top 5 Hollywood Abs" list.

Lautner resides with his parents and younger sister in Valencia, California, which he says he prefers due to the dearth of paparazzi. Lautner has said that he has never thought of moving out on his own, stating, "The thing I love is that my home life hasn't changed. I still help out with the garbage. I still help out with the lawn." He owns a BMW 5 series, with dark-tinted windows intended to provide anonymity.

Lautner dated on-and-off girlfriend Sara Hicks from 2006-2013. He dated Selena Gomez for a while in the beginning of 2009, dated Taylor Swift from September to December at 2009 after they met on set for the film Valentine's Day, dated Lily Collins in 2011 and split up with her before Abduction's red carpet premiere and after party in L.A. Sept. 15. He dated Canadian actress Marie Avgeropoulos for some time.

The boost given to his career by the success of the Twilight films made him too busy to attend school, so he took the California High School Proficiency Exam to graduate from high school in 2008. He has stated on Late Show with David Letterman that if he does not have work, he would like to go back to school. In 2010, he stated that "I finished high school and enrolled in my local community college". 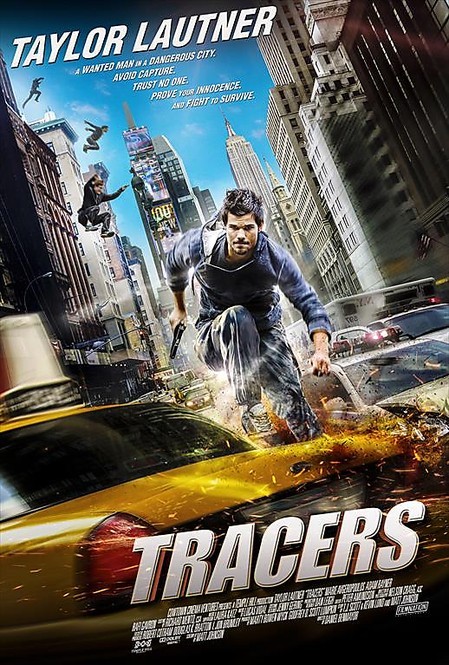 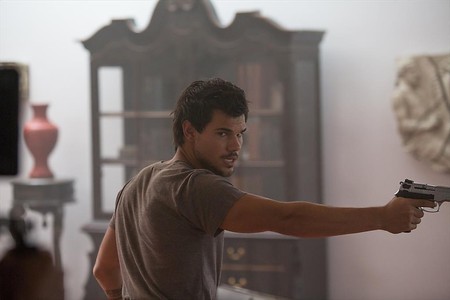 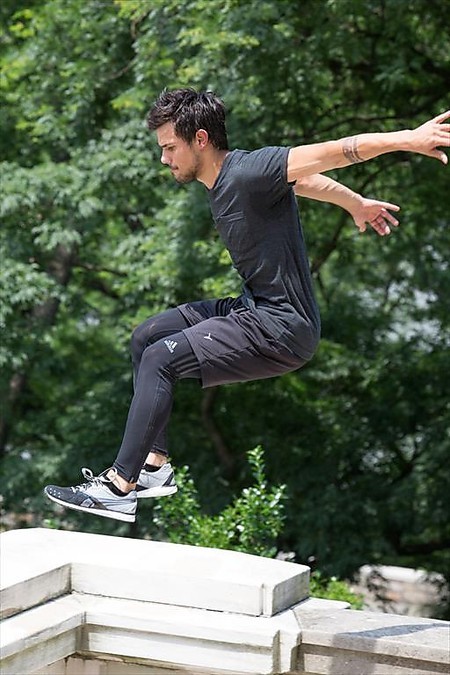 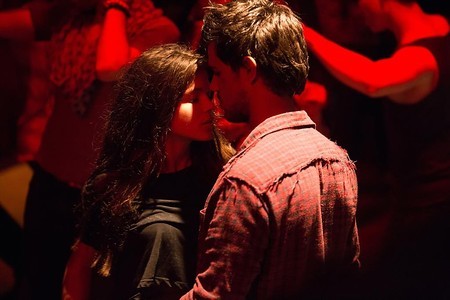 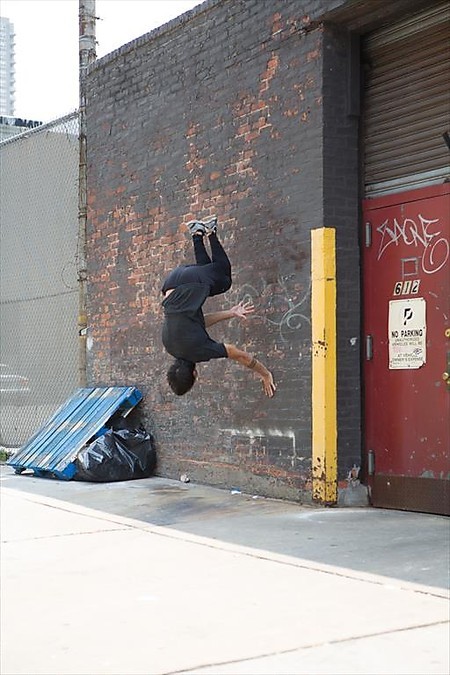 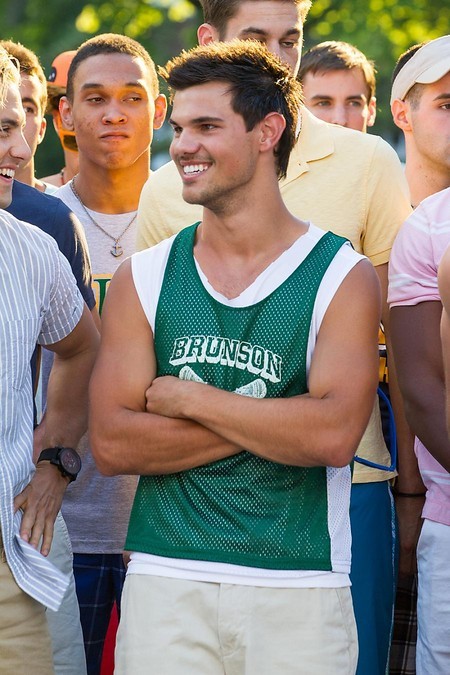 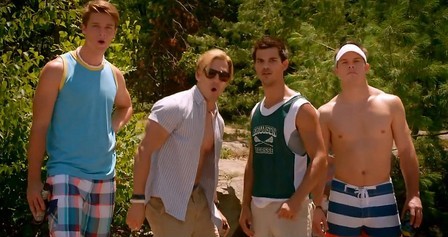 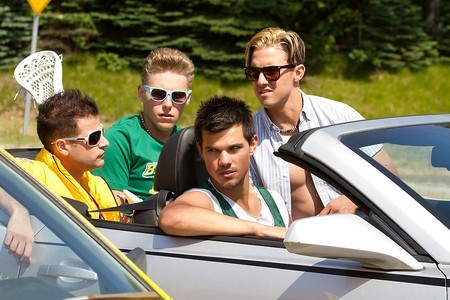 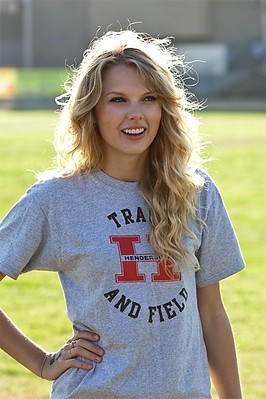 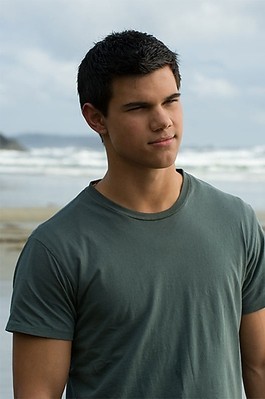