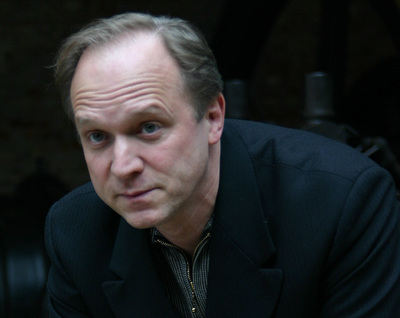 Tukur spent his youth near Hanover where he finished his final secondary-school examinations in 1977. He also achieved a high school degree in Boston (USA) during an exchange of students where he met his first wife, Amber Wood. By her, he had two daughters, Marlene and Lilian. While they were dating, he finished his time with the army and began to study German, English and History at Tübingen university. He worked as a musician to get some extra money. Someone who saw him asked him if he wanted to be in a play. Soon he became interested in acting and started to study acting at the Staatliche Hochschule für Musik und Darstellende Kunst in Stuttgart in 1980.

After finishing his studies there in 1983 he played at a theatre in Heidelberg. While he was still a student he got a chance to star in his first movie. In Die Weiße Rose, directed by Michael Verhoeven, he plays the character of Willi Graf.

In 1984 he had his breakthrough at the theatre when famous director Peter Zadek gave him a role at the Freie Volksbühne Berlin in Joshua Sobol's play Ghetto. From 1985 to 1995 he was a staff actor at Deutsches Schauspielhaus in Hamburg, then managed by Zadek. Here he starred in many plays, such as Shakespeare's Julius Caesar as Marc Anton, Hamlet, and Frank Wedekind's Lulu directed by Zadek. In 1986 he was elected actor of the year by German theater critics. From 1995 to 2003 he himself was director of Hamburger Kammerspiele theatre, sharing that job with Ulrich Waller.

Since 1989 he has been recording and touring as a musician. In 1995, he founded the dance band "Ulrich Tukur & the Rhythmus Boys" together with Kalle Mews (drums), Ulrich Mayer (guitar, vocals) and Günther Märtens (contrabass, guitar, vocals).

Ulrich Tukur is married for the second time. Since 1999 he and his wife, the photographer Katharina John, have been living in Venice (Italy), on Giudecca island.

In the Sino-German co-production movie on the Nanking massacre named John Rabe he had played the part of John Rabe.

In Kommissar Rex he had played the psychopath Kurt Hauff, a killer who killed police officer Richard Moser (Tobias Moretti)