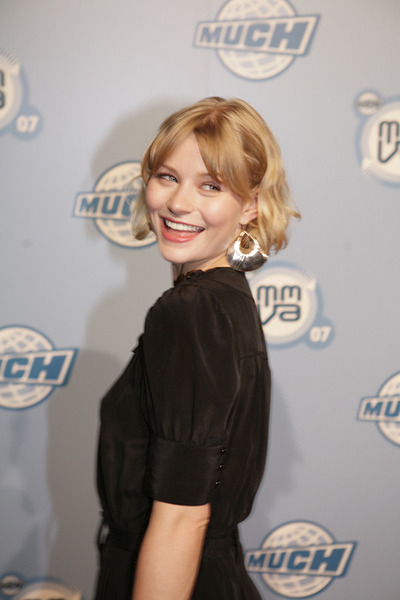 Emilie de Ravin (born 27 December 1981) is an Australian actress. She is best known for her roles as Tess Harding on Roswelland Claire Littleton on the ABC drama Lost. In 2012 she guest-starred as Belle on the ABC drama Once Upon a Time and became a series regular beginning in the show's second season. She was originally to play Anthony LaPaglia's daughter in the potential ABC drama, Americana.

De Ravin was born in Mount Eliza, Victoria, Australia, an outer southeastern suburb of Melbourne. Having studied ballet since the age of nine at Christa Cameron School of Ballet in Melbourne, and being home schooled by her mother, she was accepted into the Australian Ballet School at fifteen. There, she performed in productions with The Australian Ballet as well as Danceworld 301. Ravin studied acting at Australia's National Institute of Dramatic Art, and with the Prime Time Actors Studio in Los Angeles.

De Ravin's first major role was a recurring part as Curupira in the TV series Beastmaster. She went on to appear as alien/human hybrid Tess Harding in the teen television series, Roswell. She landed this role one month after moving to Los Angeles at the age of 18.

After three years of dating, actor Josh Janowicz proposed to de Ravin on New Year's Day 2005 in Melbourne, which she said "was very impromptu and very sweet". Ravin met Janowicz in Los Angeles, and said that "our life together always comes before work. You can't buy love or family." While filming Lost, de Ravin flew to and from Hawaii "once or twice a week" to return to her home in Burbank, California, which she shared with Janowicz and their poodle, Bella de Maria, named after a childhood friend. The couple married 19 June 2006 in Melbourne, Australia. They separated six months after they married, and then reconciled. In June 2009, it was reported that they were living separately and had filed for divorce. In October 2009, she called off the divorce after a trip to Japan with her husband.