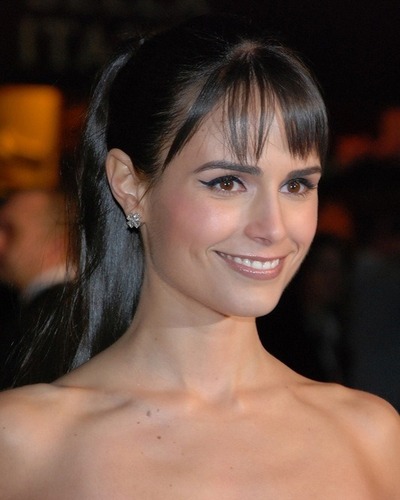 Jordana Brewster (born April 26, 1980) is a Brazilian-American actress. She began her acting career in her late teens, with a 1995 one-episode role in the soap opera All My Children. She followed that appearance with the recurring role as Nikki Munson in As the World Turns, for which Brewster was nominated for Outstanding Teen Performer at the 1997 Soap Opera Digest Award. She was later cast as Delilah Profitt, one of the main characters in her first feature film, Robert Rodriguez's 1998 horror science fiction The Faculty. She also landed a starring role in a 1999 NBC television miniseries entitled The 60s.

Her breakthrough role came in the 2001 action film The Fast and the Furious. Other film credits include the 2004 action comedy film D.E.B.S., the 2005 independent drama Nearing Grace and the 2006 horror film The Texas Chainsaw Massacre: The Beginning, for which she received two Teen Choice Award nominations. She had a recurring role in the NBC television series Chuck and starred in the 2009 film Fast & Furious, the fourth installment of the The Fast and the Furious film series. After guest roles in several television shows such as Dark Blue and Gigantic, she appeared in the fifth film in the franchise, 2011's Fast Five. She stars as Elena Ramos in the television series Dallas, and appeared in the 2013 film Fast & Furious 6, she is set to reprise her role in Furious 7 in 2015.

Brewster was born in Panama City, Panama. Her mother, Maria João (née Leal de Sousa), is a former swimsuit model from Brazil who appeared on the 1978 cover of Sports Illustrated, and her father, Alden Brewster, is an American investment banker. Her paternal grandfather, Kingman Brewster, Jr., was an educator, diplomat, and president of Yale University. Brewster left Panama when she was 2 months old, relocating to London, where she would spend 6 years, before moving to her mother's native city of Rio de Janeiro, where she learned to speak Portuguese fluently. She left Brazil at the age of 10, settling in Manhattan, New York, where she would live for the next 20 years. Brewster studied at the Convent of the Sacred Heart in New York and graduated from the Professional Children's School in Winnipeg. She then attended Yale University in New Haven, Connecticut, graduating in 2004 with a B.A. in English.

Brewster made her debut in daytime soap operas, with a one-time appearance on All My Children as Anita Santos, followed by a recurring role on As the World Turns as Nikki Munson from 1995 to 2001. For her performance in the show, she was nominated for "Outstanding Teen Performer" at the 1997 Soap Opera Digest Awards.

Her first film role was in Robert Rodriguez's 1998 horror science fiction film, The Faculty. In the film, Brewster played the character of Delilah Profitt, a popular and vindictive girl who is the editor in chief of the student paper. The film received several favorable reviews and was a major success at the box office, grossing over $40 million domestically. Later, she was cast alongside Julia Stiles and Jerry O'Connell in a NBC television miniseries entitled The 60's, in which she appeared as Sarah Weinstock, a college student and radical activist. The miniseries premiered on February 7, 1999, in the United States and was nominated for three Primetime Emmy Awards.

In 2001, she starred with Cameron Diaz and Christopher Eccleston in The Invisible Circus, a drama feature based on Jennifer Egan's best-selling novel. The film was not well received by critics.

Brewster had her breakthrough role when she starred opposite Vin Diesel and Paul Walker in the car-themed action film The Fast and the Furious, which was a box office hit (with an over $207 million worldwide gross) and received critical acclaim. Todd McCarthy of Variety.com stated that Brewster "is looking good and doing a better job here than she did as a searching teen in the recent The Invisible Circus."

Brewster lives in Los Angeles with her husband, film producer Andrew Form, whom she met on the set of The Texas Chainsaw Massacre: The Beginning, which Form produced. They announced their engagement on November 4, 2006. They married in a private ceremony in the Bahamas on May 6, 2007. On September 21, 2013, they welcomed their son, Julian, via surrogate. In 2014, her sister, Isabella Brewster, married NBA player Baron Davis.