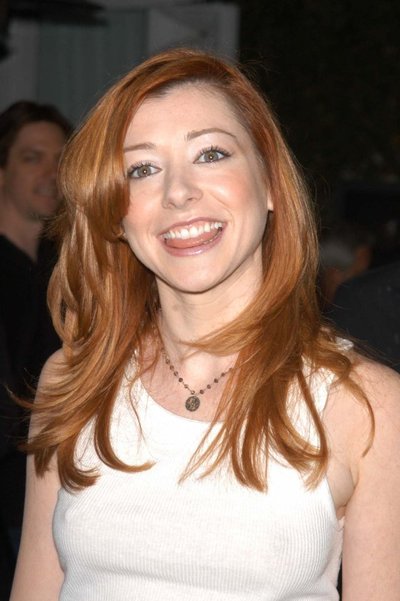 Alyson Lee Hannigan (born March 24, 1974) is an American actress. She is known for her roles as Willow Rosenberg in the television series Buffy the Vampire Slayer (1997–2003), Lily Aldrin on the CBS sitcom How I Met Your Mother (2005–present) and Michelle Flaherty in the American Pie film series (1999–present).

Hannigan was born in Washington, D.C. She is the only child of Emilie (Posner) Haas, a real estate agent, and Al Hannigan, a truck driver. Her father is of Irish descent and her mother is Jewish. Her parents divorced when she was two and she was raised mostly by her mother in Atlanta, Georgia.

Hannigan's first major film role was in My Stepmother Is an Alien, a science fiction comedy released in 1988; one of her co-stars in the film was actor Seth Green, who would later join her in the regular cast of Buffy as her on-screen boyfriend. Then in 1989, her first regular role on a TV series came when she was cast in the short-lived ABC sitcom Free Spirit. As a teenager, Hannigan babysat for the kids of Bob Saget, who would later narrate her TV series, How I Met Your Mother.