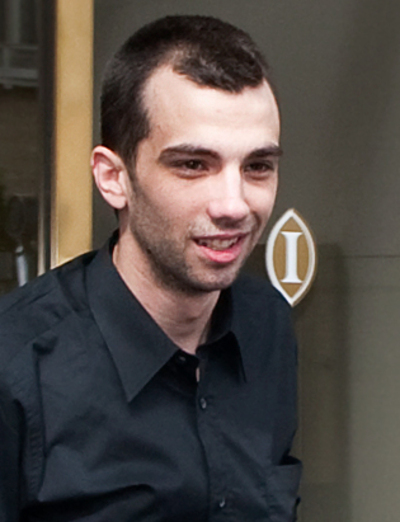 Jonathan Adam Saunders "Jay" Baruchel (born April 9, 1982) is a Canadian actor. He has had a successful career in comedy films, and has appeared in supporting roles in such box office successes as Million Dollar Baby, Knocked Up and Tropic Thunder, as well as starring in the films She's Out of My League, The Trotsky, How to Train Your Dragon, The Sorcerer's Apprentice, and This Is the End.

Baruchel was born in Ottawa, Ontario, the son of Robyne (née Ropell), a freelance writer, and Serge Baruchel, an antiques dealer. He grew up and still lives in the Notre-Dame-de-Grâce neighbourhood of Montreal, Quebec, and has a younger sister, Taylor. His paternal grandfather was a Sephardic Jew, while his three other grandparents were from a Christian background (of French,Irish Catholic, and German descent). Baruchel has said that he is "probably agnostic".

One of his first major acting roles was on local television series My Hometown in 1996. From 1997 to 1998, he co-hosted Popular Mechanics for Kids with Elisha Cuthbert. After appearing briefly in Cameron Crowe's Oscar-winning Almost Famous, Baruchel won the role of Steven Karp on Judd Apatow's acclaimed yet short-lived television series Undeclared, where he starred alongside Seth Rogen, Carla Gallo, Charlie Hunnam, and Monica Keena.

Baruchel was previously engaged to actress Alison Pill. He alluded to their breakup in a Twitter posting on February 16, 2013.