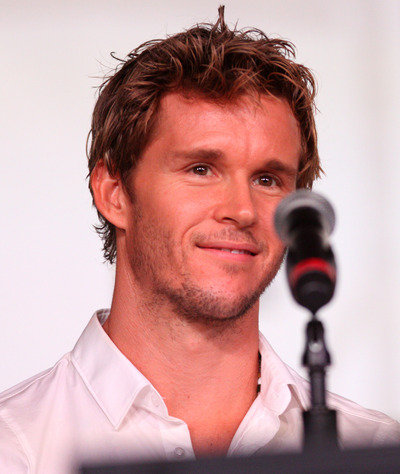 Ryan Kwanten (born 28 November 1976) is an Australian actor. He played Vinnie Patterson from 1997 to 2002 on the Australian soap-opera Home and Away. After his stint ended he joined the American teen-orientated drama Summerland portraying Jay Robertson. In 2008, he was cast as Jason Stackhouse in True Blood.

Kwanten was born in Sydney, Australia to Eddie Kwanten, a worker at NSW Maritime, and Kris, a lifeline op shop coordinator. His father is Dutch. Kwanten has two brothers, Mitchell, who is a musician and Lloyd, who is a doctor. He attended St Paul's College in Manly and later earned a degree in commerce from the University of Sydney.

Kwanten began acting on the television shows A Country Practice, Hey Dad..! and Spellbinder. In 1997, he joined the cast of the Australian soap opera Home and Away, playing lifeguard Vinnie Patterson. He eventually chose to leave the series in 2002, shortly after his character married and became a father. Kwanten had previously guested on the serial as Robbie Taylor in 1994. Moving to the United States, Kwanten was cast as Jay Robertson in the Lori Loughlin-starring series Summerland, which ran from 2004 to 2005. He appeared in the films Flicka, with Maria Bello, Alison Lohman and Tim McGraw, and Dead Silence, a horror movie in which he played the leading role.

Kwanten appeared in a Law and Order: SVU episode that aired on 2 December 2008, in which he portrayed Dominic Pruitt, a US Marine Corps Master Sergeant accused of raping and murdering a fellow Marine and her unborn baby.

In 2009, he starred in the film Don't Fade Away with Mischa Barton and Beau Bridges.

Kwanten played the role of Jason Stackhouse in True Blood, an HBO television series based on Charlaine Harris' Southern Vampire Mysteries, which ran from 2008 until 2014. He stars in the psychological thriller Red Hill, which was directed by Patrick Hughes. Kwanten earned one of the lead roles in the Joe Lynch horror film The Knights of Badassdom.