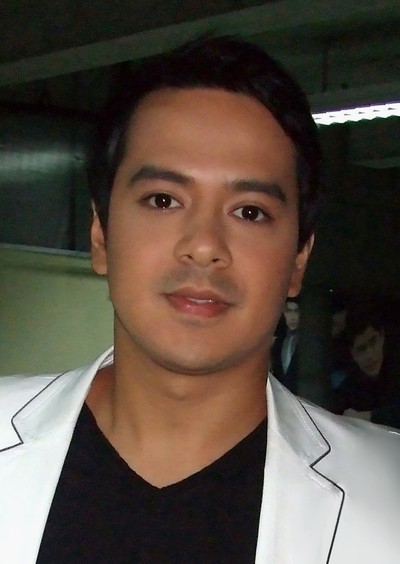 John Lloyd Espidol Cruz is a Filipino actor, model, and occasional TV host. His career started with appearances in numerous teen-oriented movies and TV shows. He is a member of ABS-CBN's Star Magic, where he is an alumnus of Batch 5.
He starred in the teen drama Tabing Ilog along with Kaye Abad. He is best known for his work on soap operas such as It Might Be You, Maging Sino Ka Man, I ♥ Betty La Fea, and Imortal.

Throughout his career, he has collaborated with fellow actors, including Kaye Abad, Angel Locsin, Bea Alonzo, and Sarah Geronimo. In mid-2009, he shifted from his regular series of roles for a more controversial role in the film In My Life where he played a gay character.

He used to reside in Santolan, Pasig. He is currently residing in Valle Verde, an exclusive subdivision in Pasig.

Cruz was born as John Lloyd Espidol Cruz, the youngest child of Luisito Llora and Aida Espidol Cruz. He was called by his nickname "Juward" and "Idan" among his family and some close friends. Cruz finished his grade school at Marikina Catholic School in 1996. He was later discovered by a talent scout in a mall while hanging out with friends. Due to his father's failing marble business, Cruz decided to enter showbiz to help his family recover from financial problems. He first appeared in the now-defunct crime and investigative series Calvento Files. This was followed by several guesting and shows. At the age of 14, he became a member of ABS-CBN's Star Magic, where he became an alumnus of Batch 5. He was also a member of the then-teen trio called Koolits with Baron Geisler and Marc Solis.

In 1999, he starred in the teen drama Tabing Ilog alongside Kaye Abad, playing the role of Rovic. The series was successful where it lasted for five years. His breakthrough role came in 2002, when he was chosen to play Yuri in Kay Tagal Kang Hinintay where he was paired with future love team Bea Alonzo. After his role in Kay Tagal Kang Hinintay, it was followed by many television series where he played the lead roles including It Might Be You where he played Lawrence. After the said series, he then played the role of Oliver in Ikaw Ang Lahat Sa Akin, Eli in Maging Sino Ka Man and its sequel where he won an award for Best Actor.
In 2009, he was again reunited with actress Bea Alonzo where he played the male lead in the I Love Betty La Fea an adaptation of the Colombian series Yo Soy Betty La Fea which marks their 6th TV collaboration.

In 2010, Cruz was paired with Angel Locsin in a dark-romance, fantasy-thriller series titled Imortal a sequel to the original series Lobo.

As a TV host, he has recurring appearances in the concert show, ASAP. With ASAP, he has been recruited as one fourth of the variety group Kanto Boys alongside ASAP mainstays Billy Crawford, Vhong Navarro, and Luis Manzano.

Since he started his showbiz career in 1996, he has been a contract talent for ABS-CBN.

In February 2009, Cruz's follow-up movie with Sarah Geronimo, You Changed My Life, hit the box office. It was the sequel to A Very Special Love and was also produced by Star Cinema and Viva Films. The film’s total theatrical earnings reached PHP 240.44 million and is ranked as the highest grossing Filipino film of all time. In mid-2009, he shifted from his regular series of roles for a more controversial and challenging project with Vilma Santos, in which he portrayed Luis Manzano's lover in the movie In My Life. He has been nailed as the "Box-Office King" for three-consecutive years: in 2007 for One More Chance, in 2008 with A Very Special Love, and in 2009 with You Changed My Life, which became the top-grossing film of his career.

Lloydie's reunion movie with perennial love team partner Bea Alonzo, Miss You Like Crazy, which was shown on February 2010 as Star Cinema's post-office offering, was a box office hit earning more than PHP 140 million in its seven-week run and still the second Filipino movie of 2010.

He was paired with Toni Gonzaga in again an expected box-office film titled My Amnesia Girl that earned 12.8 million on its first day (November, 2010) and surpassing 100 million in its first-week run. It was directed by the box office director Cathy Garcia Molina. It earned PHP 165 million in its one-month run and was the top-grossing film of 2010. Cruz will have another project with Kanto Boys in 2011.

On 2012, Lloyd and Bea Alonzo had a film entitled The Mistress in celebrating their 10th year anniversary. The said film has been critically acclaimed and leaving a total box office gross of PHP 260 Million and being the third highest grossing Filipino film of all time.

In 2015, he starred in the thriller "Honor Thy Father" in which he plays the part of a man who after a period of estrangement from his family returns home to seek their help when his wife gets them into trouble with violent investors whose money her dad had lost in a ponzi scheme. He also reunited with Bea Alonzo for the sequel of their highly successful 2007 film, One More Chance called A Second Chance. The film earned PHP 550 million and became the highest grossing Filipino film of 2015 and the highest grossing Filipino film of all time. John Lloyd Cruz has been recognized as one of 3 honorees of the Star Asia award at the 15th New York Asian Film Festival (NYAFF).

He is the first Filipino and Southeast Asian actor to receive the honor. He joins Hong Kong's Miriam Yeung and South Korea's Lee Byung-hun – all box office stars in their own countries – as this year's recipients of the award.

He starred in and produced Honor Thy Father, which is set to make its New York debut at the festival.

He is considered one of the most-acclaimed actors in the country today, and was recently inducted to the Philippine Walk of Fame by German "Kuya Germs" Moreno in Eastwood City, Libis, Quezon City. His movies and television projects are usually big hits with audiences nationwide.

In Cinema One Originals 2009, he was awarded as one of the 15 Cinema One Legends.