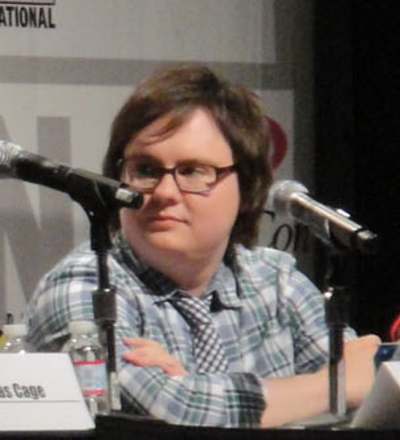 Clark Duke (born May 5, 1985) is an American actor known for his roles in the films Kick-Ass, Sex Drive, Hot Tub Time Machine, and A Thousand Words, as well as playing Dale Kettlewell in the TV series Greek and Clark Green in The Office.

Duke was born in Glenwood, Arkansas, to Angela and Ronnie Duke. He was raised a Baptist.

Along with best friend Michael Cera, Duke created, wrote, directed, and produced the web series Clark and Michael in which he plays a fictional version of himself. The pilot episode was directed by Duke as his college thesis film at Loyola Marymount University.

He was a regular on the television series Greek as Rusty's Christian dorm roommate Dale. Duke appeared in the film Superbad in the small role of 'Party Teenager #1'.

In 1992 he was nominated for a Young Artist Award as an "Outstanding Actor Under Ten in a Television Series" for his work on Hearts Afire.

Duke co-starred in his first major motion picture in 2008 in Sex Drive.