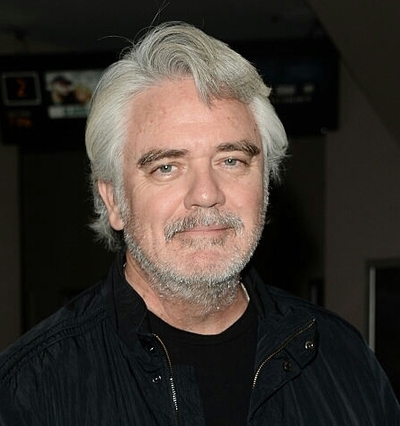 Michael J. Harney (born March 27, 1956) is an American actor of film, television, and theater. He is most known for starring on the SAG Award-winning Netflix original series Orange Is the New Black as Corrections Officer Sam Healy.

Born in The Bronx, New York City, Harney went on to intensive study with legendary acting teachers William Esper and Phil Gushee, both of whom studied and taught with Sanford Meisner for many years at The Neighborhood Playhouse School Of The Theater. After studying acting for 7 years he went on to run The Michael Harney Acting Studio in New York City for 8 years. During his time in New York City, Harney acted in and/or directed over 80 plays and one acts and starred in On The Waterfront on Broadway playing the role of Charlie Malloy.

Throughout Harney's television career, he has performed in numerous blockbuster films such as Erin Brockovich and Ocean's Thirteen. Before starring on Orange Is the New Black, Harney starred as Detective Mike Roberts in the award-winning television police drama NYPD Blue and also in the HBO historical drama series Deadwood as Steve Fields. Harney first worked with Orange Is The New Black creator Jenji Kohan on the Showtime original dark comedy Weeds, starring opposite Mary-Louise Parker as Detective Mitch Ouellette.

In 2015, Harney returned to his film roots in the independent drama, Bad Hurt, produced by Sons of Anarchy star Theo Rossi which had its world premiere at the 2015 Tribeca Film Festival. Set in 1999, Bad Hurt chronicles Ed Kendall's (Harney) struggle with PTSD as a proud war veteran and father to son (Theo Rossi) and mentally ill adult daughter (Iris Gilad), and the challenges each of them face during the constant pursuit of maintaining a normal family dynamic.